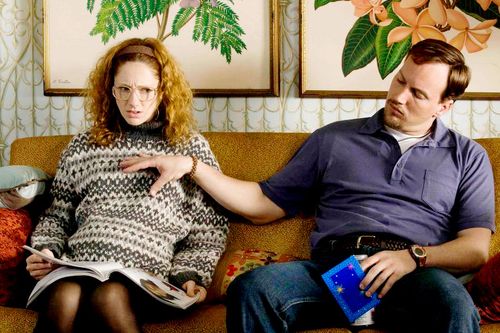 Take a cursory glance at the comedy “Barry Munday,” and it might appear as an extended “Napoleon Dynamite” riff, delving into the lives of those cursed with social awkwardness, bad hygiene, and budget clothes. Mercifully, the picture submits a little more effort than cruel mockery, struggling to extract a sense of profound characterization out of surface mannerisms. It’s an oddball feature lacking a fine point to tie it all together, but it spotlights a cast game to try something new for a change, committing to the aimlessness with endearing slack-jawed concentration.

A mysteriously effective ladies’ man, Barry Munday (Patrick Wilson) has fallen into despair after a movie theater attack required doctors to amputate his testicles. Hoping to rebound from such horrific trauma with the help of his mother (Jean Smart), Barry is instead greeted by the wrath of Ginger (Judy Greer), a frazzled, bitter woman impregnated by the unlikely stud months earlier -- a life-changing event he doesn’t remember. Taking kindly to the idea of fatherhood after his castration, Barry gives himself entirely to Ginger and her family (including Cybil Shepherd and Malcolm McDowell), only to find amorous attention from her sister, Jennifer (Chloe Sevigny). 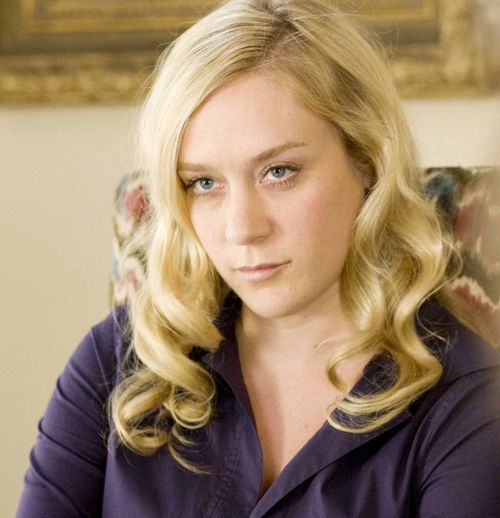 Based on the novel “Life is a Strange Place” by Frank Turner Hollon, “Barry Munday” retains the episodic feel of a literary adaptation, struggling to develop a larger flow of drama to keep the characters working towards a goal. It’s a character piece, but only in a floundering sense, as first-time director Chris D’Arienzo spends most of the film isolating eccentricity and humiliation, searching for a way to build a meaningful narrative out of Barry’s graceless behavior. It’s a story of emotional growth in small doses, without any seismic interpersonal activity that encourages interest. Frankly, nothing about Barry or his troubles is particularly fascinating -- a feeling seemingly shared by the filmmaker, who spends too much time wallowing in distracting nonsense, hoping affected peculiarity might translate to charm. From a storytelling standpoint, it doesn’t.

The actors fare much better with the kooky stuff, especially Wilson, who displays a real gift for silly business here that he’s never shown before. Clearly enjoying his time as a schlub, Wilson comes across loose and communicative, playing Barry with a series of broad reactions that express more bewilderment than stupidity, charmingly working the string of embarrassments. A womanizer without a plan, Wilson finds a sympathy about Barry that’s fun to watch. Despite the strained Jared Hess-like decoration, some human qualities are preserved in the work. The same goes for Greer, who has an even more drastic appearance than Wilson. Perhaps not the most dimensional role, Greer still manages to find unique flashes of spirit within Ginger, making an amusing foil for Barry and his developing domestic ideal. 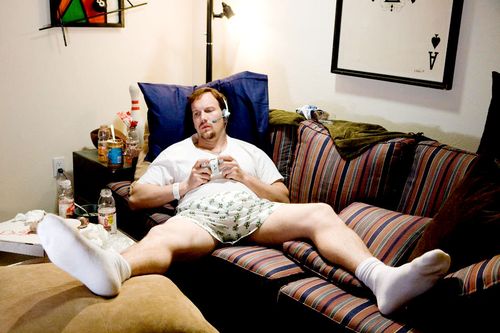 The AVC encoded image (1.78:1 aspect ratio) presentation deals with the film’s low budget accordingly, providing a viewing experience that doesn’t pop right off the screen, but simply puts forth the intended visual elements. Colors lean toward the brown to accentuate the thrift store look of the picture, but hues are separated and functional when explored. Shadow detail is unsure with darker fabrics, but it’s not a distracting limitation. Skintones tend to read hot, but rarely interfere with facial details, which is all this film has at certain moments. Clarity is there, along with some fine grain to retain a cinematic feel.

The 5.1 DTS-HD sound mix is a basic structure of frontal dialogue exchanges, kept nice and crisp, and subtle surround activity. Atmospherics are strong, creating an appropriate swell of energy in strip club detours and air guitar contests (don’t ask), with a few soundtrack cuts waking up the mix, supplying a welcome echoed quality to the track. Scoring cues are passive, but find some personality in the surrounds. 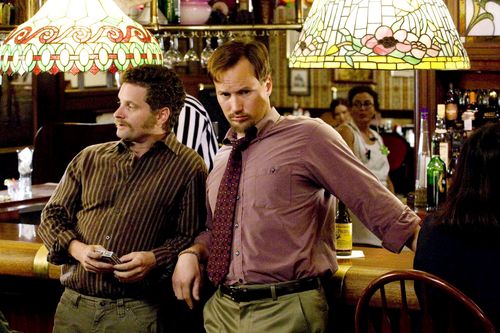 The feature-length audio commentary with director Chris D’Arienzo and stars Patrick Wilson and Judy Greer is giggly event, with the trio having a blast trading BTS stories and comedic inspirations. The track is informative, with the director sharing how much the cast contributed to the ornamentation of the film, but it’s primarily conversational, taking a few screwball turns along the way (get ready to hear Wilson play the “Beer Flute”).

“Deleted Scenes” (24:00) kicks off with a “Clockwork Orange” homage before moving on to simple character beats that develop Barry’s fantasies and friendships, offers an entire air guitar battle scene (with Colin Hanks cameo), and supplies the full “Pregnancy for Dummies” instructional video. They can be viewed with or without commentary from D’Arienzo, Wilson, and Greer.

“Outtakes” (4:13) offers a split-screen view of extended takes where the cast couldn’t keep it together.

“Gag Reel” (6:23) is a traditional collection of mix-em-ups, again showcasing the cast with a serious case of the giggles. Wilson is particularly prone to blowing takes.

“Your Penis and You” (3:21) is a faux promotional video (sold with an aged VHS look) covering the horror of genital trauma.

“HDNet: A Look at ‘Barry Munday’” (4:08) is a promotional tool for the film, using cast and crew interviews to sell the story and tone of the feature.

Barry faces a question of paternity, a confusing full court press of flirtation from Jennifer, and the partial loss of his manhood. And that’s pretty much it. There’s not much to “Barry Munday,” but the cast manages to unearth a vague sweetness, keeping the characters as human as possible while the rest of the film keeps urging them into cartoon mode for reasons unknown. 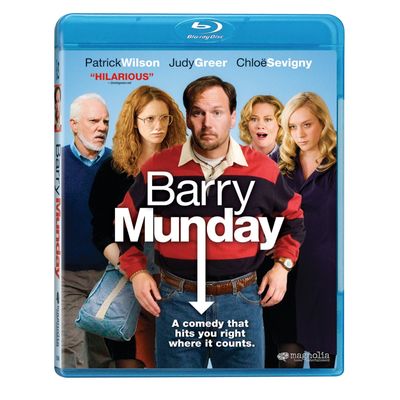