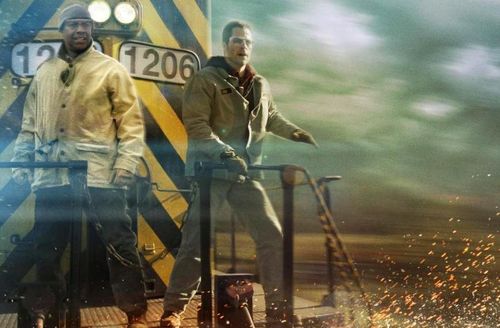 It’s the 1990s all over again with “Unstoppable,” a high concept thrill ride featuring all the trimmings that made director Tony Scott such a hot action commodity over a decade ago. It’s completely brain dead, but one heck of a whirl, blasting through the screen with a dedication to blistering pace that immediately scrapes away the troubling dead spots of the script. Big, dumb, and loud, “Unstoppable” is a marvelous popcorn thriller, crafted in an almost passé style that recalls Scott’s more electrifying, white-knuckle efforts from the past.

As a young train conductor, Will Colson (Chris Pine, “Star Trek”) has entered a workplace of disgruntled veterans, paired with engineer Frank Barnes (Denzel Washington) for orientation. On this peaceful day, the two opposites slowly get to know each other, riding along Pennsylvania rails trading sob stories from their personal life. The party is soon cut short when word of a runaway freight train arrives, blazing through the state at 74mph, carrying a toxic load that will detonate upon impact. Finding themselves with a shot to slow down the speeding bomb, Will and Frank endeavor to figure out a plan of attack, facing an icy corporate front that cares more about preserving stock prices and a harried dispatcher (a wonderfully authoritative Rosario Dawson) who doesn’t have a clue how to bring the train down peacefully. 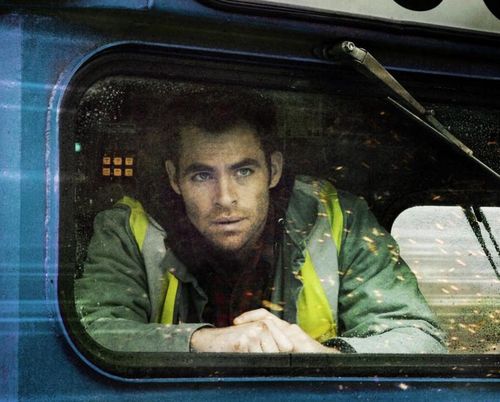 “Unstoppable” is, of course, reminiscent of the 1994 smash, “Speed.” Instead of a careening bus and thumbless terrorist, we now have a brakeless train that nobody dares take credit for. Opening with a train yard accident set off by human error, the film doesn’t waste any time striking the danger zone, with Scott showing atypical enthusiasm to set the metal beast off on its course, developing our heroes and their constant stream of setbacks along the way.

It’s a Crayola script from Mark Bomback (“Deception”), who dreams up only a smattering of backstory, as Will and Frank share unique female trouble in their lives, making their bond one of confession rather than mutual respect. There’s some blue-collar unease highlighting the malleability of youthful hires versus the experience of age in the workplace, but that’s only a fringe bit of tension, unable to find much traction in a film spotlighting a runaway train on its speedy way to blowing up a good chunk of Pennsylvania.

The stabs at characterization are obvious, yet Washington and Pine make the rough edges feel earned. Their chemistry is strong, with both actors taking a heroic part of the struggle, making the experience come alive through fierce verbal interplay and a great read of controlled chaos, as Frank navigates the situation using his well-honed instincts and powers of deduction. Scott, who made another dangerous train movie with Washington last year in “The Taking of Pelham 1 2 3,” wisely keeps on his actors to communicate the urgency of the moment, gathering a substantial cast of anguished faces able to cleanly express the frightening danger of the rails when his penchant for whiplash camerawork spirals out of control. 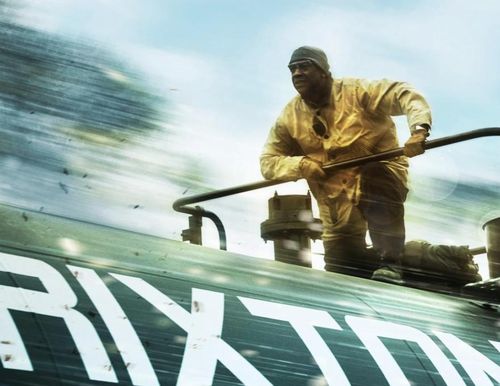 “Unstoppable” works up a visual tornado at times, but it’s wonderful to see Scott dial down his big screen hysterics a few clicks, despite a zoom-happy opening act that promises the worst. It’s still a hyper-edited feature film with 100 angles for every blink, but the ferocity of the filmmaker’s choices fits the speedball tone of the feature. Scott’s barely hanging on to the film’s ludicrous nature (allegedly rooted in fact), with little time to overthink the obvious -- his modus operandi since 1996. Surely another director might’ve made “Unstoppable” more approachable and nutritious, but Scott’s oversaturated grit feels apt for this type of armrest-gripping experience, tackling viewers with a whirlwind of media coverage, bickering, and impressive stunt work that extends the tension splendidly.

“Unstoppable” lives up to the promise of its title, supplying a breakneck ride that’s near-perfect escapism. It’s a simple recipe for thrills, but blended superbly by Tony Scott, redeeming his tarnished directorial name for a brief shining moment.