I’m unable to sit here and write that “Red Hill” refreshes the formula of the western, but this Australian production takes exquisite care of the galloping tropes that have made the genre a dependable distraction for a century of cinema. Writer/director Patrick Hughes buckles up tightly for this wild ride of revenge, fashioning a suspenseful thriller that pays loving tribute to cinematic masters, while forging its own distinctive identity by trading in the pastoral sway of America for the rough ride of Australia.

Relocating to the small town of Red Hill so his wife (Claire van der Boom, “The Square”) can reduce the stress of her pregnancy, Constable Shane Cooper (Ryan Kwanten) is ready to make a big impression on his superiors. Unfortunately, the town sheriff, Old Bill (Steve Bisley), doesn’t have much patience for Shane, gruffly rebuking his attempts to break the ice. When a disfigured Aboriginal killer named Jimmy (Tom E. Lewis) breaks out prison and returns to Red Hill, the locals scramble to protect themselves from the bloodthirsty tracker. Shane, sent out on patrol, soon comes face to face with the brute, only to find the reason for Jimmy’s rampage is far more troubling than originally imagined. 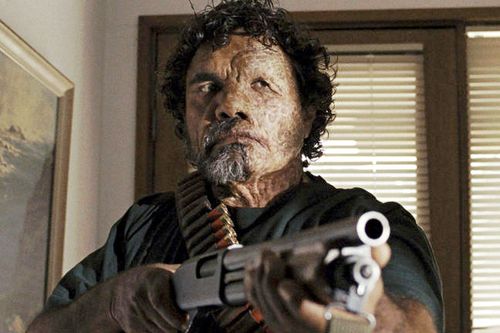 “Red Hill” is a lump of familiar that Hughes (making his feature-length directorial debut) enthusiastically shapes into an electrifying western, carefully piecing together a straightforward story of murder with a keen eye for beefy cuts of violence and mood. Over the years, we’ve all seen a hundred stories of the apple-cheeked rookie facing his worst criminal nightmare, but “Red Hill” isn’t sleepy; the film doesn’t lean on the clichés. Instead, Hughes assertively guides the characters through a brooding game of nighttime hide and seek, with Jimmy prowling around the rustic grounds, out to exact revenge on the local community for reasons carefully hidden until the final act.

Assisted by marvelous widescreen cinematography from Tim Hudson (blessed to have the rugged, natural wonderment of Australia to work with), Hughes elects a near wordless adventure for Shane, who spends most of the movie in survival mode, coming into contact with Jimmy on several occasions, finding it a bit odd the killer hasn’t taken his life despite ample opportunity to do so. “Red Hill” aims to squeeze in a mystery to the proceedings, along with a bit of animal oddity as a local farmer fears a panther is stalking the nearby wilds, but the primary force of the film is left to long stretches of panic. There’s little verbal interplay, just a set of terrific faces released into the night, giving substantial performances to bring out the chewy genre consistency. 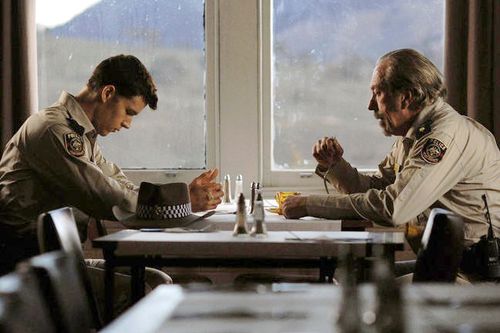 With the imposing Bisley and the porcelain Kwanten off trading threatening stares as the town is attacked, Hughes is free to tinker with his western atmosphere. The resulting rock aesthetic blends some Leone strums with a modern guitar touch, providing a swell voltage to the picture, giving the scope of the film a significant charge through unexpected aural cues.

The hunt takes on a few predictable twists and turns, but there’s more reason to stay alongside “Red Hill” than ahead of it. Sure, Hughes doesn’t redefine the genre to make his mark, but he assembles clichés with a sure hand, contemporizing a western showdown through skillful, genuinely appealing grit and gun-totin’ poise. 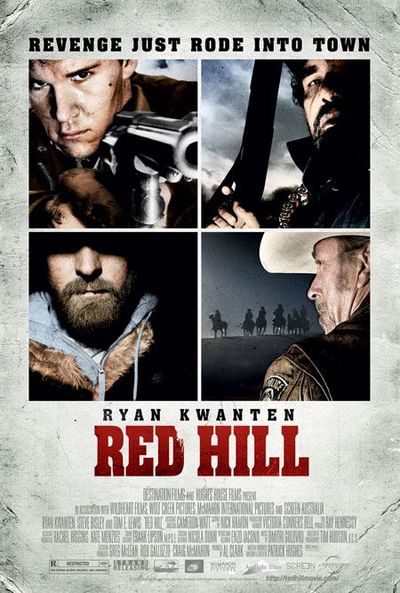