“Heartless” exists purely in visual terms. It’s an art project not meant to be understood or interpreted, but merely gawked at, with the filmmaker in question, Philip Ridley, creating a swirling, vicious depiction of grief and madness, heading in abstract directions that are easily appreciated but rarely satisfying. It’s a wicked film with convincing nightmarish imagery, but there’s no story here to cling to, making this abyss of torment rather easy to disregard.

Jamie (Jim Sturgess) is a timid young man with a heart-shaped birthmark on his face, forcing him to withdraw from life and stick to the pleasures of his photography hobby for escape. When a gang of thugs with demonic faces kills his mother in a seemingly random act of violence, Jamie is ready to declare war on the world. Stopping him is Papa B (Joseph Mawle), a satanic figure who offers Jamie a clean complexion in exchange for a murder. Accepting the deal, Jamie finds himself renewed, even taking a lover in object of desire Tia (Clemence Poesy). With his life on the rebound, Jamie learns the price for peace is too great, with Papa B coming around again with demands that are more monstrous. 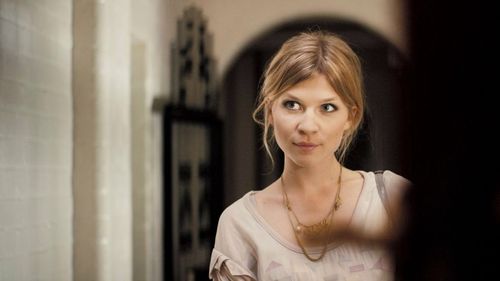 A celebrated artist, Ridley hasn’t made a motion picture since his 1995 effort, “The Passion of Darkly Noon.” His filmmaking faculties come across as somewhat rusted in 2010, with “Heartless” an ambitious feature of exceptional psychological disturbance but little narrative control. It’s a visually exaggerated piece, a mix of David Lynch and Matthew Barney, with our hoodie-protected protagonist wandering through a horror zone of council housing violence, familial discord, and body shame, aching for social acceptance that will never come. Ridley summons an inferno with flashes of demonic violence to surround the character, bringing to life a Brit-flavored Hell, leaving Jamie with no one to turn to but the comfort of evil after all the good in his life has been eradicated.

While Jamie is a disturbed fellow with incredible pent-up pain in his heart, Ridley never treats “Heartless” as an exhaustive mystery. It’s established early on that Jamie’s excursion into Papa B’s murder program (which includes an appearance from a “Weapons Man,” played by Eddie Marsan) is an act of fantasy, brought to life by the character’s frustrations with personal loss and his birthmark, leaving himself to invent a Faustian agreement as a way of deflecting his true misery. It’s an intriguing premise for a grim fairy tale, but Ridley doesn’t want to develop the shades of madness. Instead, he’s designed an industrial horror picture that plays too broadly to suitably unnerve, baroquely depicting Jamie’s struggles in screams and flail. The lack of sophistication here robs the film of needed surprise. 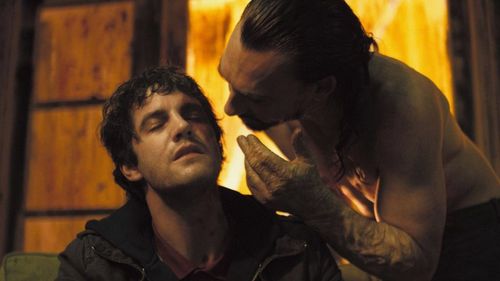 Without any emotional hook to hang the ghoulish details on, “Heartless” is reduced to puzzling chaos, working through hallucinations and acts of betrayal that should register more urgently than Riley allows. With plenty of shock scares and macabre visuals, “Heartless” does provide a jolt or two. There’s just nothing beneath the surface here that encourages the agitation that Ridley is on the hunt for. 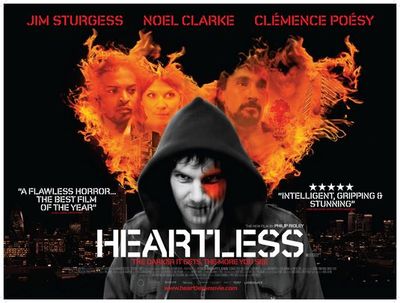