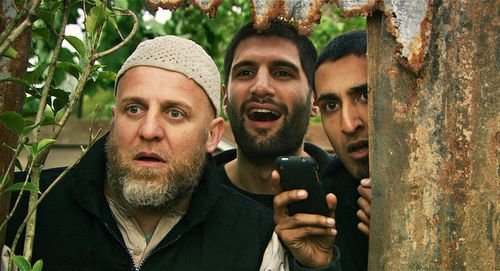 Even for the most heady, unflinching drama, terrorism remains a risky subject matter to build a motion picture around. “Four Lions” tackles the rituals of a team of suicide bombers with a comedic slant -- itself perhaps an act of cinematic self-extermination. Under the guidance of adored Brit comic Chris Morris, “Four Lions” actually manages to achieve some sizable laughs to blend with the expected discomfort, designing a clever black comedy that toys with taboos in an agreeable manner, more interested in silly behaviors than incendiary ones.

In Britain, Omar (Riz Ahmed), dim-witted Waj (Kayvan Novak), abrasive Muslim convert Barry (Nigel Lindsay), and dense Faisal (Adeel Akhtar) make up a group of young Jihadists planning to make their mark with a suicide bombing. Trying to put together a durable plan of attack, the task of preserving explosive ingredients and finding the proper target leads to great dissent in the squad, with Barry ready to kill everyone while Omar seeks out a more purposeful objective. When Barry brings in young Hassan (Arsher Ali) for extra help, the balance of power is disrupted, creating a rift in the squad as they head toward their moment of glory. 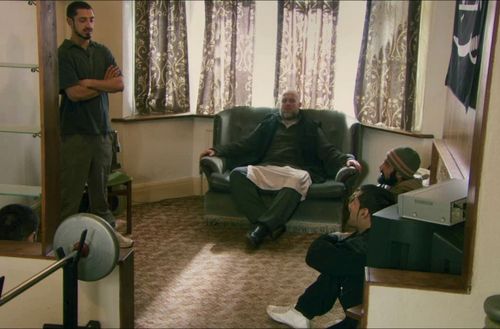 “Four Lions” is a fearless film. Despite its distasteful appearance, Morris has erected a surprisingly cheery semi-farce that seeks to squirt a little seltzer in the face of a global nightmare. It’s Kubrick with a Brit spin, maintaining an approachable tone that keeps the horrors at bay for 100 minutes of appealing nonsense.

The screenplay enjoys dabbling in troublesome topics, arranging a series of setbacks for the suicide squad as they visit Pakistan for a problematic week of training, deal with the limited intellect of Waj and Faisal as they acquire elements for the bombs, and interact with fellow Muslim residents who show irritation with the group’s marginal dedication to the religion. It’s an incredible feat of juggling for Morris, who doesn’t kick “Four Lions” into comedic overdrive until the very end, electing to stay within an itchy gray area that takes the bombing plot seriously, yet manages to find some levity in the mistakes made.  A farcical tone might’ve drummed up substantial laughs, but I appreciated Morris’s integrity with the characters and the plot. He’s not always out for a joke, spinning the events with a wily wit. 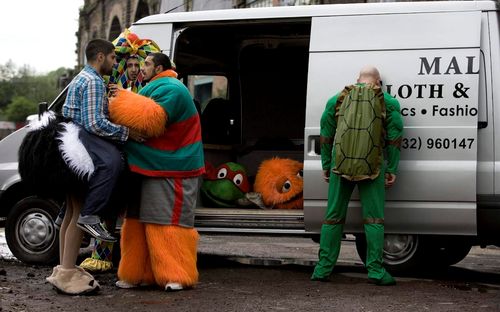 Five fine performances keep “Four Lions” approachable for the duration, with the cast revealing wonderful comedic timing and strangely compelling concentration as the bombing plans consistently go awry. The film’s highlights employ the entire ensemble, with the best results emerging from their acquisition of explosives, forcing the team to gently wind their way around the city without blowing themselves up prematurely. There’s a weird “Muppet Show” vibe to the task that involves sublime reaction shots and actual casualty, capturing an extraordinary tone of absurdity that gives the film a special wink.

“Four Lions” closes with a broad sweep of jokes set during the London Marathon, paying off the characters’ frustration with a fine bit of madness that finds the gang clad in cartoon Halloween costumes tearing around with explosives strapped underneath. It’s a sinister, acidic take on a “Benny Hill” climax that fulfills that unnerving yet amusing pitch of sobering slapstick Morris was searching for all along. 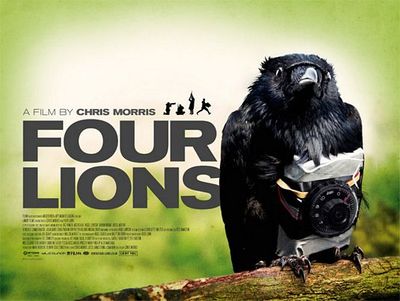