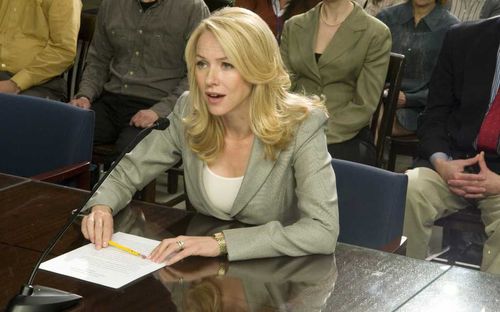 Observed from afar, “Fair Game” comes across as another drab, fact-based political thriller, running through a tiresome routine of white men in suits making sour faces and speaking with slippery Washington tongues. And the film is exactly that in spurts, but it’s also a Doug Liman picture. The man who gave the world “The Bourne Identity” and “Mr. & Mrs. Smith” makes a valiant effort to take the provocative story of Valerie Plame and give it an elastic thriller overhaul, turning every corner of the tale into an opportunity for conflict. A tiring, overlong investigation of betrayal, “Fair Game” manages to nail a few heated high points, but not enough to combat the dramatic limitations of the source material.

A covert CIA agent studying the nuances of Iraq intelligence after 9/11, Valerie Plame (Naomi Watts) lives a double life, jetting around the globe on the hunt for terrorist operations, while maintaining a sense of domestic tranquility with her husband, former Ambassador Joe Wilson (Sean Penn). When a specialized case of uranium shipment comes to light, both Valerie and Joe find themselves involved, with the statesman traveling overseas to investigate the transaction, finding nothing for his troubles. As the world heads to war with Iraq over weapons of mass destruction, Joe refutes evidence via newspaper op-ed, an incendiary move that pushes Valerie out of her job, with her true identity leaked to the public. Furious, Joe takes to the media for support, while Valerie is swallowed by fear, facing a government that’s abandoned her and a husband refusing to give up his damaging fight with the White House. 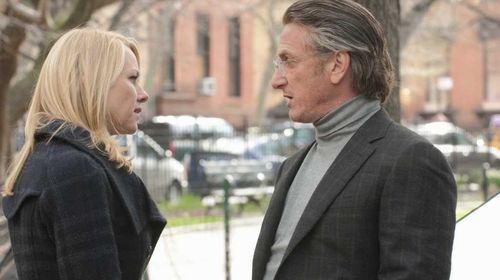 The true story of Valerie Plame is a troubling, infuriating tale of Bush-era arrogance and seething political gamesmanship, delving into the bloated belly of blame that summarizes the state of the nation today. It’s also an extraordinary story of deception and silent scream, with copious amounts of fury and surprises to fuel an unnerving hour of screentime. And 60 minutes is all Liman is able to extract with a certain woozy flourish that launches the viewer into the labyrinthine bowels of government, with its multitude of analysts, superiors, and peons.The first half of “Fair Game” is devoted to setting up Plame’s fall, tracking the spy’s work in the Middle East as she dutifully works through leads and dead ends in the shadow of 9/11 and the dawn of the Iraq War. Employing his typical raw cinematographic style (bungled, jittery shots are crack to the filmmaker), Liman dives into a sea of intrigue, establishing Plame as a competent company woman who globetrots in secret while nursing a strained marriage to a semi-blowhard with an incredible sense of world politics. The characters are positioned briskly and vividly by the filmmaker and his screenwriters, getting the film up and running, creating a riveting tension as Plame’s promises of protection for her Iraqi informants are made, the President moves the country to war without solid intelligence, and Joe, while aware of his wife’s work, comes to learn her true place in the CIA engine. 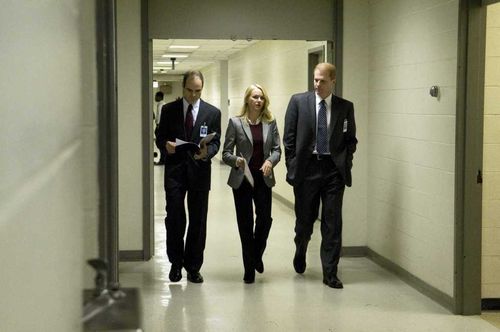 Keeping the dance moving along, Liman finds an edgy pace of exposition and dramatic pause, counting on his ensemble to find the folds of their characters as the years tick by and the malfeasance thickens. “Fair Game” gets 60 minutes of verve out of the story, but once Plame’s identity is revealed, her life is turned upside down, and Joe goes on a talk show rampage, the film is quickly kneecapped.

The second half of the movie speeds downhill into repetitive displays of governmental betrayal, with suits dealing with suits, slowly pushing Plame out into the cold. What was once swift is now solid, and Liman loses control of the feature. Suddenly performances are off-key and overly melodramatic, greatly emphasizing the lack of chemistry between still-frame Watts (having troubling finding the character’s tenacity) and scene steamroller Penn. The misery extends to the supporting players too, showcasing numbing indication from this team of dull character actors, with David Andrews (portraying Bush stooge Scooter Libby) pulling his dreadful performance straight from the Jay Ward files to convey Plame’s most damning enemy. The escapades into marital strife and paranoia drag on for far too long, hitting the same beats over and over to reinforce the security and psychological violation at hand. In the end, Liman goes from a juggler to a preacher, straining to impart the audience with a sense of injustice that doesn’t need such abrasive underlining. 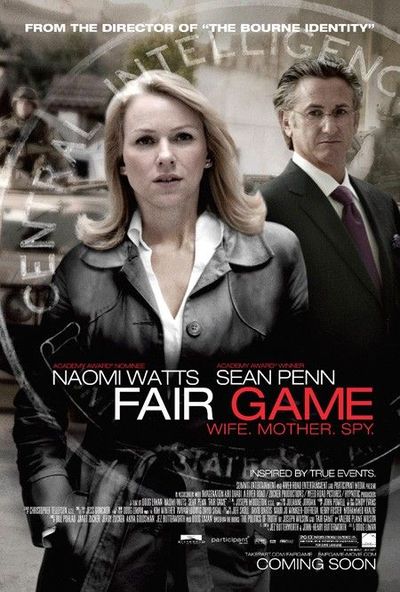