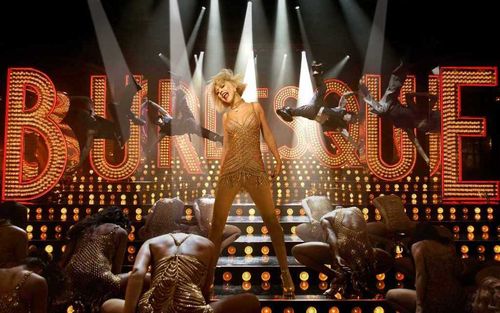 Christina Aguilera makes her big screen starring debut with the musical “Burlesque,” following the career trajectories of such aspiring pop princess thespians as Britney Spears and Mariah Carey. The good news is that while stiff, the former “Dirrty” girl has the makings to become an energetic screen presence in future films. The bad news is that while shellacked with shiny things, “Burlesque” is even more cringe-inducing than “Glitter” or “Crossroads,” bestowing Aguilera a loathsome script patched together from every cliché imaginable. All the jiggly bosoms, skimpy outfits, and garish songs can’t disguise the fact that this picture is utterly brain dead.

Stuck with a dead end life in rural Iowa, Ali (Christina Aguilera) packs up her belongings and heads to the dream factory of Los Angeles, where her singing gifts might find greater appreciation. Catching her eye is the Burlesque Lounge, a salacious nightclub devoted to the art of lip-synch and highly choreographed dancing, overseen by owner Tess (Cher) and her right-hand man, Sean (Stanley Tucci). Aching for a shot to impress, Ali works her way from waitressing to performance, raising the ire of alcoholic star Nikki (Kristen Bell). When her monumental vocal range is discovered, Ali is made the headliner of the club, blasting her with fame, which catches the eye of real estate predator Marcus (Eric Dane), while frustrating Jack (Cam Gigandet), a bartender at the club who’s slowly fallen for Ali along the way. 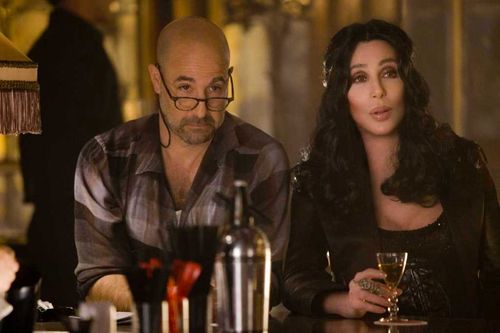 We have a small town Midwesterner with big showbiz dreams harboring issues of cruel maternal loss; a club on the edge of foreclosure needing a monetary miracle to stay open; a love triangle; a main “gay” for Tess; backstage cat fights as the cherry-lipped newcomer usurps the established star; a wealthy scumbag looking to wine and dine Ali into the sack, abusing the fame he helped to create; a pure-souled bartender who pines away for the breakout sensation while unsuccessfully sorting out a long-distance relationship (said bartender also holds musical dreams of his own, tinkering away at a piano dreaming up loving ballads he swears “aren’t finished yet”); backs are stabbed, voices are raised, and love is troubled. The only things missing here are some type of cancer scare, vampires, and a cameo by Liam Neeson.

A former actor (“The Goonies,” “Last American Virgin”), Steven Antin is the primary creative force guiding “Burlesque,” using years spent with sister Robin and her successful “Pussycat Dolls” troupe to feel out this tale of hopes, dreams, and excessive mascara. It’s a colossal glam slam for Antin, who enthusiastically serves up booty-shaking delights, using the broad story as a way to cram in as many glittery musical numbers as he can, patterned off the chic neo-burlesque revival movement brought back from the showbiz grave over the last decade. The film has style, an incredibly elaborate cinematographic stance, and Aguilera’s air-horn pipes. Why even bother with a plot?

Well, Antin did bother with a plot, presumably to give the bewigged star something to do besides sing and prance around in tight outfits, assembling scenes from hundreds of previous idolmaking features, using gummy “Showgirls” tribute/theft (itself a reworking of “All About Eve”) glue to hold it all together. The script is a flaccid, hackneyed effort that hobbles along, addicted to the most cornball antics imaginable to illustrate Ali’s cartoon world. There’s literally nothing in this picture the average filmgoer hasn’t seen before, layering a wet blanket over the proceedings. Even the most red-hot of poorly lip-synched performances and tightest of bodies can’t distract from the ludicrous writing. There are clichés for the clichés. 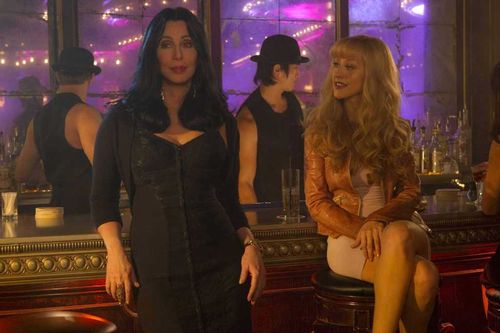 I’m reluctant to state that when Aguilera steps up to the “microphone,” matters improve incredibly for the picture. Antin shoots the musical numbers like promotional videos, with performers looking into the camera and editorial gymnastics to make static stage work feel electric. Carrying a certain charm as the Iowa rube (a needless bit of coastal elitism that sours the experience further), Aguilera is best served under the hot lights, belting tunes of debatable quality. Nevertheless, much like the rest of the film, you’ve seen that already. The supporting cast coasts through easy roles, with Tucci doing his umpteenth variation on the improv-heavy smart aleck sidekick and Gigandet mimicking a statue as the gym rat love interest who equates his genital area to a box of cookies. Thankfully, Cher brings some zest to the film despite her frozen face, using her elder stateswoman role to sass up the joint as the struggling club owner. The pop culture legend also receives a few chances to pound out her own songs, offering a pleasing lower register to counteract Aguilera’s nuclear wail.

Will the club be saved? Will Ali find true love? Will I ever be able to eat cookies again? “Burlesque” is as predictable as they come. The feature will certainly be catnip to pre-teens and gay men on the hunt for new screen idols, but those hungry for even a modicum of substance to this vapid dance party should seek their glitter fix elsewhere. 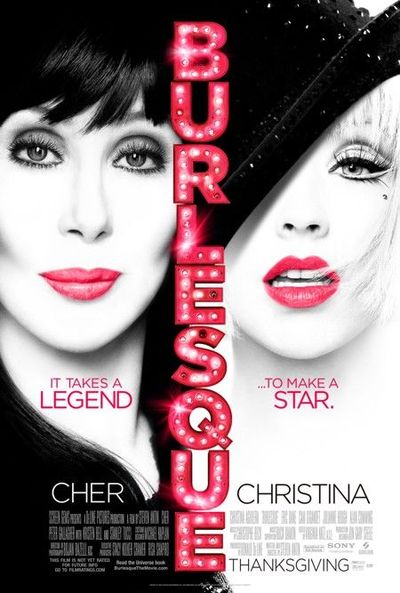