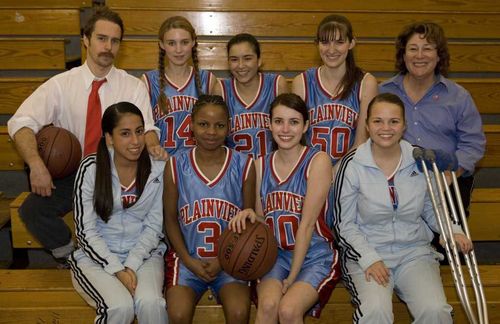 There’s nothing in “The Winning Season” that you haven’t seen before in other, better underdog motion pictures. It’s an exercise in cliché that benefits from the charms of the cast, chiefly Sam Rockwell, who sweetens the tiresome formula with his eccentric, sardonic ways. It doesn’t win points for originality, but the film keeps to a steady rhythm of entertainment, delivering a few laughs and tears along the way on DVD before it settles into its rightful home on basic cable, where the modest elements of this basketball picture will find a fitting audience.

An alcoholic fighting his reputation as a deadbeat dad, Bill (Sam Rockwell) has been offered a job to coach high school girls’ basketball, allowing him a chance to put his experience with the game to good use. Reluctantly, Bill takes the gig, presented with a ragtag team of teens (including Emma Roberts, Shareeka Epps, and Rooney Mara) who have raw talent for the game, lacking only the proper leadership. Frustrated by his fractured relationship with his estranged daughter, Bill pours his energy into the squad, molding them into winners with assistance from a school bus driver (Margo Martindale). As the girls come together, Bill is tripped up by his awful habits, once again facing the disappointment of those he loves dearly. 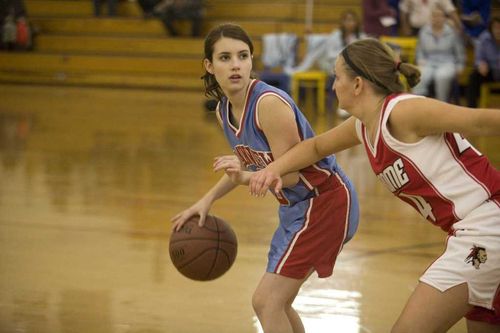 It appears writer/director James C. Strouse (“Grace is Gone”) wanted a “Bad News Bears” all to himself. “The Winning Season” is a faintly acidic sporting dramedy that pilfers a few moves from the 1976 Little League classic, pitting a drunken blowhard with a severe distaste for opportunity against the youthful pucker of knowing youngsters, with the fortunes of the sporting realm their itchy forum of collaboration. The twist here is purely gender-centric, as Bill is not only initially faced with a losing team, but a line-up of sexually blossoming young women from broken homes, all dealing with matters of the heart as consuming as their basketball commitments.

Strouse isn’t scripting a daredevil underdog story, but one built upon personality, with the team and Bill facing personal struggles that help them to bond through shared vulnerability. Sometimes light, sometimes dark, “The Winning Season” finds a charming way to sell this developing friendship, leading with the natural gifts of the cast, who easily overcome the limitations of the script to find appealing character beats that sustain the laughs and the drama. Rockwell is especially strong with a thin role, instilling Bill with the proper amount of Buttermaker-style bile, yet keeping him a troubled man who can’t seem to conquer his drinking problems, despite the efforts of the team to help him get back on his feet. The editing is a little confusing with Bill’s emotional journey, but Rockwell conveys the progress of the character’s awareness wonderfully, playing up the sadness and command of this flawed man as he stumbles into redemption. Rockwell’s the right man for the job, knowing when to lay into despair and when to allow the film a few frantic moments of celebration to appease genre demands. 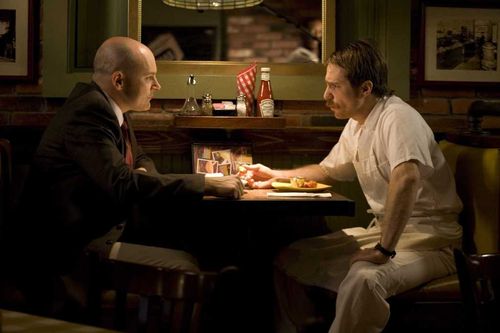 Supporting him confidently is the ensemble of young actresses, with special attention paid to Meaghan Witri as Tamra, the tallest of the team who openly chastises Bill on his casual misogyny while wrestling with her own developing sexual identity. The gang is populated with realistic portrayals of teen distraction (think cell phones and boy troubles), yet Witri is refreshingly commanding and genuinely funny, making a swell opponent for Bill’s booze-soaked disregard. 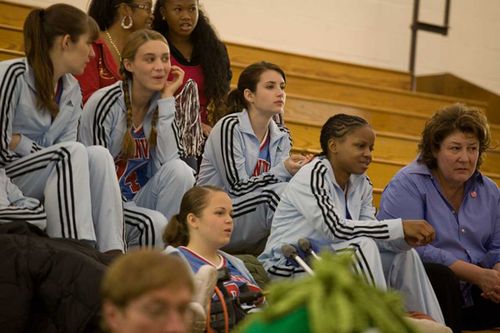 The anamorphic widescreen (1.78:1 aspect ratio) presentation here maintains the small town grittiness Strouse is reaching for, allowing for a grainy, bloodless display. Colors are pronounced will called upon, leaving diner interiors and gymnasium showdowns feeling alive, contrasted with bleak outdoor sequences. Skintones are healthy and responsive, while black levels are on the muddy side, with a few evening sequences robbed of information.

The 5.1 Dolby Digital sound mix is best served during the basketball sequences, with a hearty sense of atmosphere that fills the surrounds with game activity and crowd support. Scoring cues also find their purpose with directional activity, though the music often comes across tinny and limp. Dialogue is pushed up front with comfortable clarity, holding Rockwell’s mumbled retorts superbly. 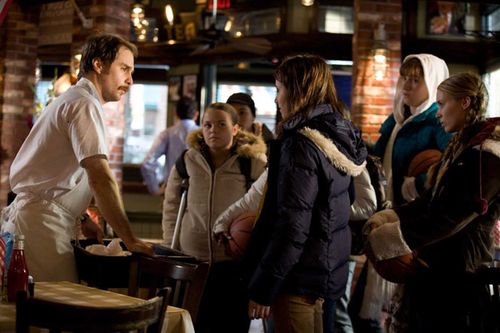 There’s a big game conclusion to “The Winning Season” that plays into formulaic necessity, yet Strouse manages to monkey with cliché by keeping Bill off the court, turning the tension of a championship showdown into a parking lot hide and seek match with the cops that brings the film back to its characters. It’s a small idea, but a refreshing switch from the norm, representing the picture’s inclinations as a whole, sustaining a gentle personality that keeps the feature engaging to the final basket. 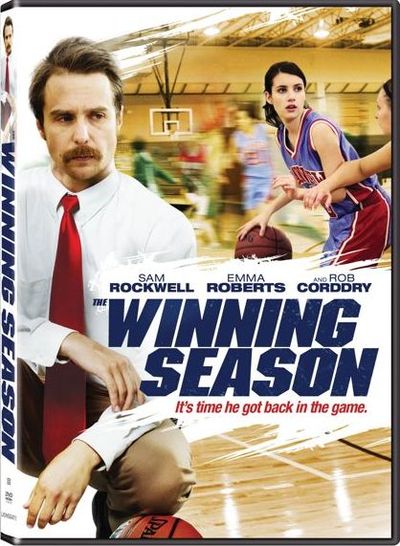