DVD Review - The Chosen One 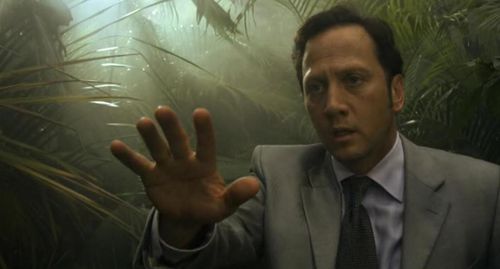 With “The Chosen One” (shot over three years ago), Rob Schneider makes a valiant attempt to ditch his clownish persona and attempt something substantially dramatic. It’s an exciting move for the actor, best known for his sidekick stints in increasingly rancid Adam Sandler movies, trying to take on material that demands a true test of his thespian skills. This is not a very enlightening picture, but instead of a flaming wreck promised by the film’s troubled production history, “The Chosen One” is merely a mild failure, trying urgently to attain spiritual significance via an actor who’s made a career out of puerile slapstick.

Recently dumped by his wife, alcoholic car salesman Paul (Rob Schneider) has reached the end of his rope. At the moment of his suicide, Paul is interrupted by the arrival of three shamans from South America and their translator, Marissa (Carolina Gomez). Branded a savior by the insistent visitors, Paul learns he’s the only one capable of reversing destructive weather trends in their village, soon asked to set aside his vices and reclaim his dying spirit. Haunted by mysterious dreams, Paul finds himself rejuvenated by the presence of the shamans, though his progress is halted by his elderly mother (Holland Taylor) and monk brother (Steve Buscemi), who remain burdened with a dark memory involving Paul’s deceased father. 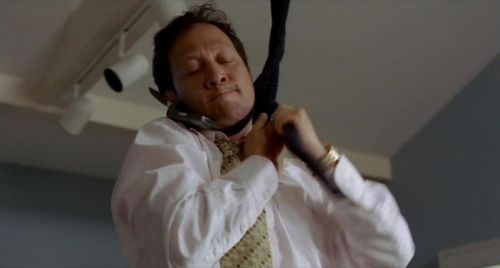 Odd is a kind way to sum up “The Chosen One.” Scripted by Schneider and Boon Collins, and co-directed by Schneider and George Sluizer (“The Vanishing”), the film is pulled in several directions at once, suggesting some post-production troublemaking was involved to soften what I can only assume was a feature intending to be a mournful study of soullessness. The attempt to lend the material a higher consciousness is endearing, and Schneider offers a commendable performance as the distraught, bewildered man faced with a chance to redeem his lowly life. It’s not an easy film to sit through, but there’s something brewing here that’s intriguing, just not very compelling. 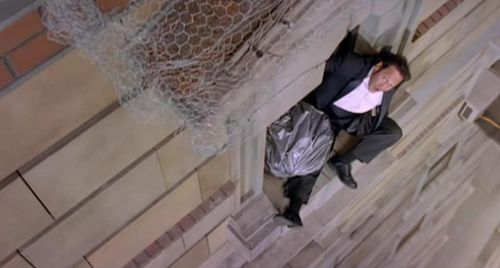 Billed as a comedy to secure an audience, “The Chosen One” is definitely a drama -- practically a bleak three-act play, with a low-budget look that keeps the action contained to Paul’s house for a majority of the movie. Essentially a story of a depressed man offered a higher purpose, the screenplay runs through a routine of redemptive opportunities for Paul, who’s faced with an dishonest job, a cheating spouse, and a taste for booze that’s drowned his life in sorrow. Had the script steeled itself into a lacerating attack on this damaged man, the results would’ve been far more penetrating. Instead, the production reveals a subplot concerning an uprooted hawk’s nest on a New York City high rise to supply the symbolic restoration of inner light. It’s a softened climatic blow that robs the film of lasting impact, turning unspeakable emotional pain into something resembling an antsy “Laverne & Shirley” episode. 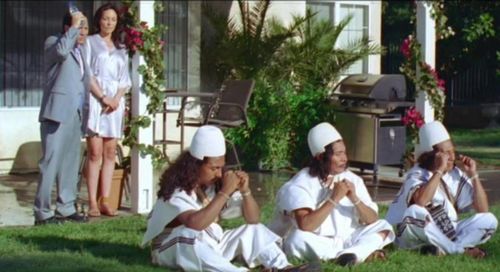 The anamorphic widescreen (1.85:1 aspect ratio) is a travesty, with the image suffering from massive EE and ghosting issues in an attempt to clean up what looks to be a glorified workprint. Though the image quality ranges from scene to scene, the results are consistently frightful, offering viewers a drab, blurry viewing experience that makes the details of the frame difficult to concentrate on.

The 5.1 Dolby Digital sound mix is a flat event, matching the visual experience in terms of uninspired execution. Surrounds are only moderately engaged, usually through scoring cues, with the majority of the action pushed up front in a tinny ball of activity. Dialogue is clear enough to understand, but never dynamic enough to accentuate the drama. A 2.0 track is also offered. 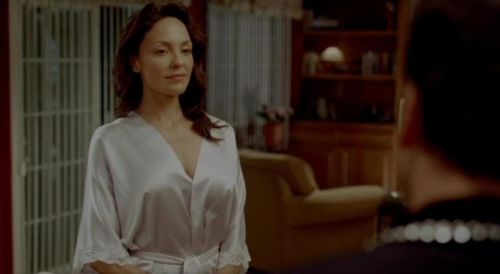 “The Chosen One” pulls every last one of its punches, and I wouldn’t recommend a viewing to anyone beyond Schneider’s core fanbase. Nevertheless, there are unusual elements to the film that prevent a complete dismissal. Hopefully, Rob Schneider will find the courage to try on something dramatic again one day.

Slow....but Rob was great. I hope he does try another straight guy role. I have never liked his leading man humor roles...I must admit I do love some of his supporting roles specifically with Sandler. I applaud him for his attempts here and do find him to be SO likeable almost an everymans friend. Keep trying Rob!