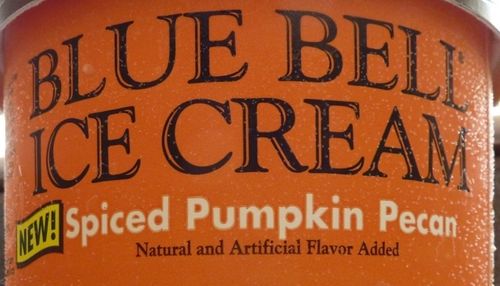 Over the last few years, I’ve been feverishly squawking that the fine folks at Blue Bell should get behind a pumpkin ice cream flavor for the holiday season. Their masterful way with the cold, creamy stuff would be well-suited to the cause, easily topping rivals with a pure pumpkin explosion that cheerily evokes this special time of year. Well, those magnificent bastards have finally heard my pleas, bringing forth “Spiced Pumpkin Pecan,” a marvelous concoction that strengthens a brand domination I’m simply in awe of. I’ve come to learn pumpkin is a divisive flavor, which is understandable, as most candies and ice creams fashioned after the fruit’s dessert form accelerate the harsh nutmeg flavor. It’s a recipe desperation to find a household taste that almost never works to satisfaction. Dairy Queen’s Pumpkin Pie Blizzard is a terrific success story, but one that only sticks around for a single month every year -- a cruel act of separation. A sweet tooth version of “Kramer vs. Kramer.”

Blue Bell has an extensive record of perfect flavor aim, and the unbelievable streak remains unbroken with Spiced Pumpkin Pecan. Billed as a “delightful spiced pumpkin ice cream combined with tasty sugar-coated pecans and a rich cinnamon-honey-praline sauce,” the offering is a specialized triumph that I’m honestly shocked Blue Bell hasn’t attempted before (at least during my time with the brand). 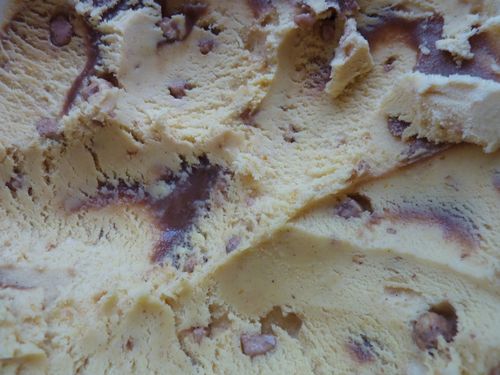 It’s one thing to nail a perfect pumpkin ice cream flavor that respects the difficult mix of sweet and spicy, easing up on the nutmeg overkill, but the praline addition is a stroke of genius. Doubling the pie-inspired taste potential, the nuts generously enhance the flavor and texture of the offering, and this is coming from someone who finds nuts in sweets about as welcome as a biopsy. The sauce gives it a gooey hold, smoothing out the firm crunch of the sugared pecans. 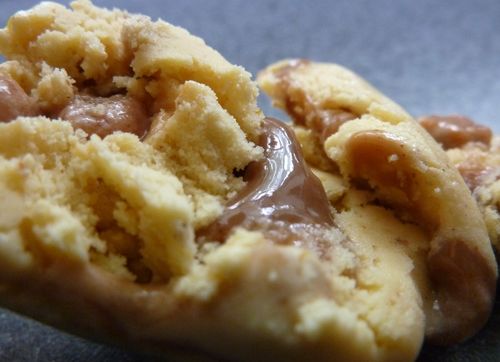 Even while I openly desired it, I still had my reservations about the flavor before sampling. Pumpkin is a challenging taste to nail without encouraging nausea (similar to watermelon), yet Blue Bell found the precise combination of quality ingredients, once again proving their boundless ice cream-fu is mighty and proud.

This holiday season, screw the pie. Bust out some bowls and serve this. Make pie jealous. 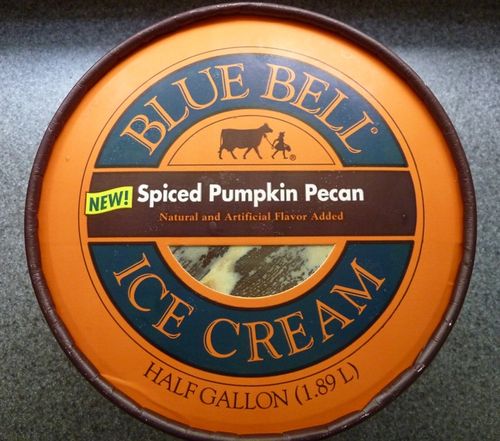 I feel like I was just "makin' do" with Ben & Jerry's Pumpkin Cheesecake ice cream. I wondered how Bluebell would top the graham cracker swirl, but you're right.... the sugared pecans and river of cinnamon praline goodness steals the show!

I too have thought Blue Bell should come out with a pumpkin flavor... And after eating my first bowl 10 mins. ago OH BOY am I ever glad they did! I have a new favorite and am wondering if I should hoard some in my freezer to get me through the "non pumpkin" season... and as the person above commented I also Do not like pumpkin pie...LOL

We have this ice cream now. It is DEVINE. So delicious and has wonderful pumpkin flavor! One of my favorite things in this entire world is candied pecans and they are awesome in this ice cream! Yum! I too, want to hoard a couple half gallons to get me through the rest of the year! :)

Spiced Pumpkin pecan is FANTASTIC!! Being from the land of Blue Bell, why did it take them so long?? Sure wish they'd bring back the Banana Custard or was it called Banana Pudding they made in the late 70s. It, too, was FANTASTIC! Wish there were more delicious flavors "sugar free". Yea, I know sugar makes it, but it makes blood sugars zoom also:). I'll suffer the blood sugar for Spiced Pumpkin Pecan though:)

I live in Houston and can not find this flavor in any store. Where can I buy it!