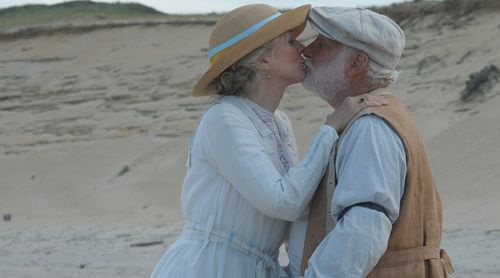 When I viewed “The Golden Boys” during its limited 2009 theatrical release, I never imagined it was situated to be the first part in a planned trilogy of movies concerning the romantic woes of turn of the century Cape Cod residents. “The Lightkeepers” is the second chapter of this interminable saga from writer/director Daniel Adams, and while it’s a feature of commendable morality and casting accomplishment, the filmmaker once again submits a bloodless viewing experience slavish to retro dramatic ambiance, while lacking the directorial chops required to keep it all awake.

The year is 1912, and Seth (Richard Dreyfuss) is a cantankerous lighthouse caretaker who’s sworn off women for good, searching for an apprentice who shares similar female disinterest. Literally washing up on shore is John (Tom Wisdom), an Englishman with a mysterious past who believes he’d be perfect for the job. Taking him on, Seth develops a bond with the young man that allows him a friendship he hasn’t experienced in years. However, their women-hating resolve is tested when artist Ruth (Mamie Gummer) and chaperone Emeline (Blythe Danner) move into a nearby cottage for the summer season. Stirring up secrets and hidden feelings, the women bring out the pent-up romantic longing in the men, much to Seth’s disgust. 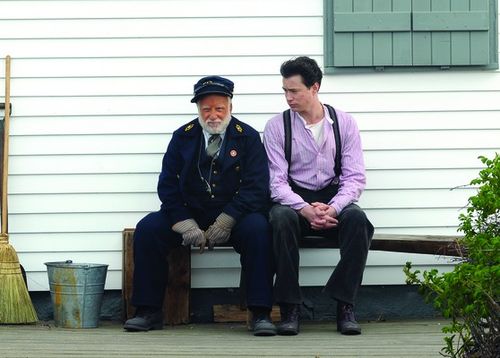 What’s mildly infuriating about the Adams filmmaking approach is its stasis. Clearly reaching out to the AARP generation for encouragement, Adams consistently dials down the pace and tension of his films, preferring to keep as low to the ground as possible with stories that crawl around broad displays of conflict, nestled comfortably in the bosom of nostalgia. It’s all crusty seamen, blushing women, full-body swimwear, and horse-drawn carriages for the director, who does a fine job evoking a lost sense of space with his glorious Cape Cod locations, but couldn’t script up an inspiring story to save his life.

“The Lightkeepers” is a second dry run of comedy, guilt, and romance, following the “Golden Boys” lead into a new set of coastal frustrations. To his credit, Adams convinces quite a gifted cast to come play in the sand, with Dreyfuss and Danner anchoring the leads with professional aplomb. Nobody does corncob-pipe-crunching irritation quite like Dreyfuss, and his lead performance is the film’s saving grace, adding some needed spice to Adams’s bland cinematic stew. In fact, without the actor’s idiosyncratic ways, “The Lightkeepers” would’ve easily fallen into paralysis. For dramatic nourishment, Adams cooks up a reserved tale of suicide attempts, flirtation, and redemption, but there’s no drive to the narrative, leaving the cast to carry a heavy burden of movement, armed with whatever personality they can slip past the director. 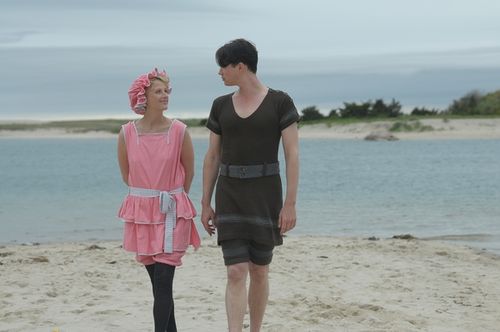 The AVC encoded image (1.78:1 aspect ratio) presentation doesn’t find the proper balance of night and day, with crummy shadow detail a real problem that plagues the viewing experience. Overly contrasted with some ghosting issues, the low-light sequences are devoid of detail, coming off especially cumbersome when daylight is allowed into the picture, thus providing a clear range of faces and locations. Skintones seem accelerated, looking a touch too pink at times. Overall textures are pleasing during outdoor sequences, but it’s a harsh image to watch, killing the lush environmental effect Adams is clearly aiming for.

The 5.1 DTS-HD sound mix is a lively track when the drama moves outside of the lighthouse location, with atmospherics in full effect to convey the blustery, coastal locations. A few instances of strong directionals conjure a specific time and place, and Pinar Toprak’s incessant score is also broadly arranged in the mix. Dialogue is crisp and clean -- despite a few bewildering accents, the verbal exchanges are confident enough, blended comfortably with the rest of the aural business.

“Interviews” with Richard Dreyfuss (8:48) and Daniel Adams (5:06) are incredibly uncomfortable to watch, with both men in a state of confession and promotion that quickly slips out of their grasp. For Dreyfuss, the opportunity to instigate a political discussion is too great a temptation, digging into a metaphorical mire that requires extreme patience to sit through. Adams simply compares his film to the works of John Ford and Frank Capra, which is enough to stop the interview right there. 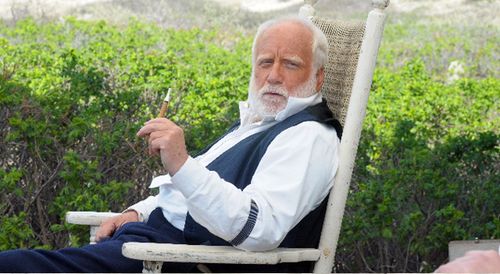 “The Lightkeepers” is better appreciated as forgettable community theater, not a feature film. Adams just doesn’t have the vision to encourage a required sense of passion, instead he remains perfectly comfortable in a mid-tempo dead zone that’s more at home on the Hallmark Channel. The picture certainly means well, but the execution is too glacial to inspire, despite a marvelous setting and the work of a few brilliant acting veterans. 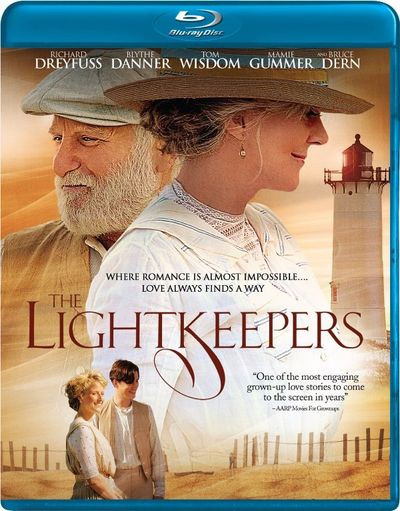 Loved this movie, and the acting superb in this small ensemble cast. I did not find it slow or, as the critic whines, glacial. I thought the story moved along quickly, the characters revealing the stuff they're made of. As soon as the film ended, I wanted to start it again, viewing with the new understanding of the characters.