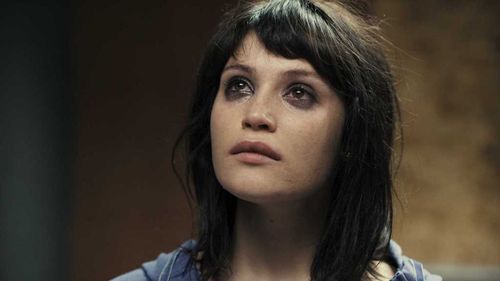 An intimate thriller imbued with potent twists and turns, “The Disappearance of Alice Creed” is a sneaky creature, invested in a bleak mood of imprisonment that repels as much as it fascinates. While writer/director J. Blakeson can’t fill out the entire feature with delirious suspense, he executes a few superb surprises here, sold by a cast of three talented actors in various stages of gut-wrenching distress.

Attempting to make a small fortune, crooks Vic (Eddie Marsan) and Danny (Martin Compston) have kidnapped heiress Alice Creed (Gemma Arterton), holding her in their fortified apartment as ransom details are worked out. Chaining her to a bed, the men have every possible detail worked out, keeping Alice in a state of panic to help encourage her affluent father to pay up. As the day burns on, Vic grows increasingly suspect of Danny, who possesses knowledge of Alice that isn’t immediately understood. With payoff time drawing near, tensions rise and paranoia bubbles over, threatening the security of the criminal venture. 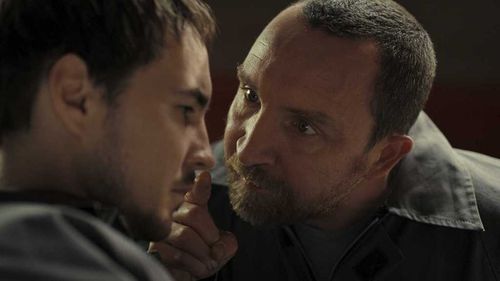 Without any supporting characters to open up the scope of the picture, “Alice Creed” is left to deal with three players in a sick game of control. It’s a claustrophobic atmosphere of suspicion, with Blakeson drilling into the strain of the criminal act through deployment of menacing masked men and a whimpering victim, generating a considerable amount of tension through the very act of standing. The viewer doesn’t have a clue how far Vic and Danny will go with their vicious threats, making their cold-blooded verbal demands as torturous as the elaborate bondage gear used to keep Alice muffled and strapped to the bed. It’s a violent picture, but the unease emerges through the stillness of the room, watching the men patiently stir up their captive with guns, knives, and slaps to trigger the proper hysteria.

Blakeson slowly coils his film with stark characterizations, helped by two menacing performances from Marsan and Compston, who communicate a tentative union of greed that deepens into something more revealing, tied to the shared stint in prison. “Alice Creed” can only struggle so far on suspense alone, leaving Blakeson to install a few turns to keep the viewer guessing -- effective shocks that continually alter the film’s perspective, while presenting the actors with more to play with than simple scowls. Arterton is also effective as the victim, working herself into a tornado of tears as Alice senses the severity of the threat, sniffing out ways to turn the tables on her kidnappers. The performances are nervy and vulnerable, lifting the material when Blakeson gets caught up in a few staring contests to pad out the film. At least in the first act, there’s a real sense of threat coming from the trio, which keeps the picture away from discouraging predictability. 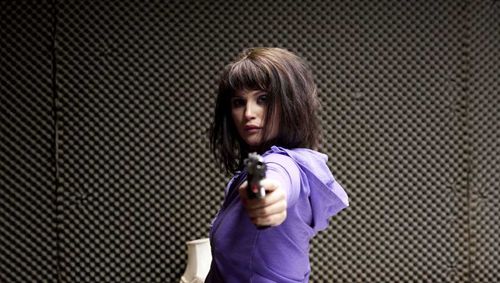 The AVC encoded image (2.35:1 aspect ratio) presentation is rich with detail, which is a critical element of the cinematography. Textures on faces and set design are generous, helping to communicate the secured location and torturous pleas, viewed clearly here, with every element kept in pauseable view. Shadow detail is excellent, with supportive information pulled out of dark corners and low-light scenarios. Outdoor elements are equally as evocative, with a forest sequence delivering premium misted mood, aided by a strong sense of colors pulled from the costuming. Skintones look accurate, with states of distress nicely communicated.

The 5.1 TrueHD holds to a brutal interior grip, with a magnificent command of sound effects to reinforce the apartment/prison mood. Without many opportunities to fully flesh out its audio flourishes, the BD makes the intense moments count, with gunfire and off-camera conversation presented with a welcoming sense of directional movement, buttressing the suspense. Scoring cues are equally as useful, sounding fresh and responsive to the needs of the film. Dialogue exchanges are crisp, but the accents are a bit on the thick side, requiring a slight elevation of the volume for those unaccustomed to chunky Scottish brogues. Climatic action comes across purposefully, with strong separation to accentuate the suspense.

The feature-length audio commentary with writer/director J. Blakeson is a perfectly acceptable discussion of the film’s technical merits and artistic intention. The filmmaker is a knowledgeable, personable fellow with clear visual ideas that are discussed in full on the track, offering a renewed appreciation for select moments from the picture. Better is talk of performances, and how Blakeson scripted archetypes for the talent to tinker with, finding special spaces of drama that weren’t on the page. Also of interest is to hear the care put into Arterton’s nude scenes, which required a “safe word” to separate performance hysteria from genuine discomfort.

“Phones” (1:43) and “Alice Gets The Gun” (7:42) are extended scenes that restore some basic elements of the crime to the picture, while widening the characterization a great deal though elongated dialogue exchanges. They can be viewed with or without commentary from J. Blakeson.

“Outtakes” (4:16) are a traditional collection of mix-em-ups from the cast, made incredibly uncomfortable due to the violent tone of the movie.

“Storyboard Comparison” (5:32) presents a few sequences from the film in their rough planning stage form. 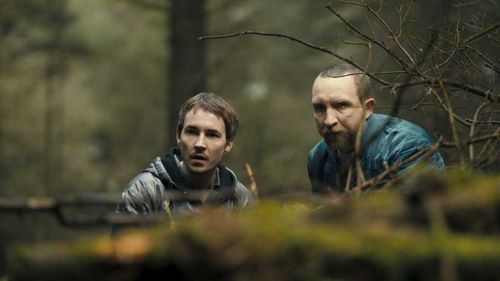 While Blakeson lathers up “Alice Creed” splendidly, he shows trouble closing it out. The film comes to a complete stop in the final act, growing reliant on lumbering Don’t Shoot Me showdowns and extended acts of deception. The picture crawls past the finish line, which is disappointing to see, considering how hard it strikes in the early going. Regardless of its climatic limp, “The Disappearance of Alice Creed” retains more than its share of spectacular suspense sequences, keeping the tension percolating long enough to satisfy.