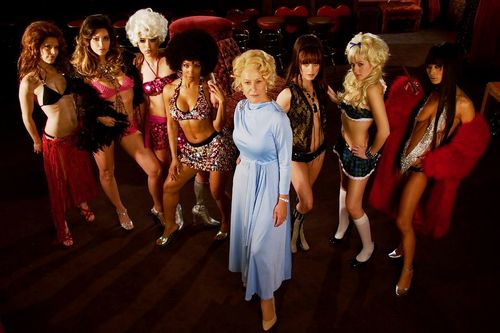 Something happened to Taylor Hackford’s “Love Ranch” on the way to its release. I’m not exactly sure what it was, seeing how the production was plagued by a number of financial setbacks, but something singular reached in and gutted what the filmmaker was originally intending. “Love Ranch” offers such a promising premise filled with sass, slaps, and sin, but the picture feels edited with a chainsaw, reducing Hackford’s story of desire to crummy Lifetime Movie theatrics, wasting the numerous gifts of Helen Mirren along the way.

In rural Nevada during 1976, the Love Ranch ruled all. A popular brothel owned by hustler Charlie (Joe Pesci) and his bookkeeping wife Grace (Helen Mirren), the Ranch hosted a bevy of career prostitutes that kept the money flowing in, allowing Charlie to seize control of the local law enforcement and influence politicians (Bryan Cranston, in a cameo). Looking for a bigger score, Charlie welcomes Argentinean boxer Bruza (Sergio Peris-Mencheta) to the Ranch, housing the popular fighter in an effort to groom him for future sporting greatness. Bruza immediately falls in love with the land, but sets his sights on Grace, looking to thaw her frosty exterior with his manly charms. Grace, recently handed a death sentence of cancer, accepts Bruza’s flirtations, falling in love with the brute, finding their romance a way to escape Charlie’s wrath. 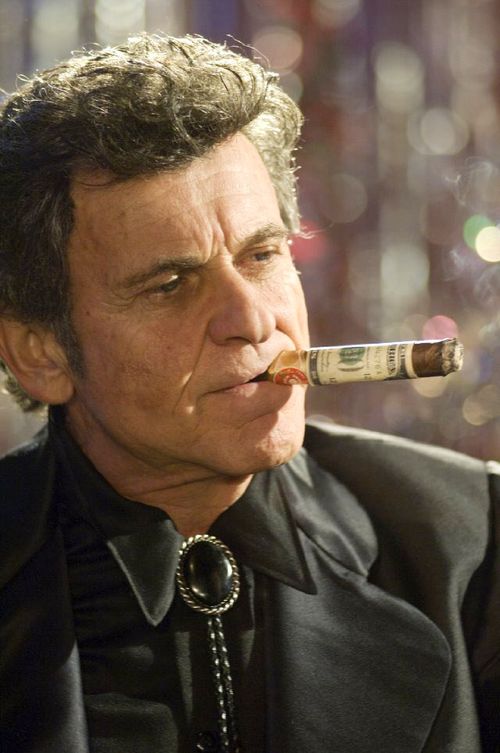 With “The Devil’s Advocate” and “Proof of Life,” Taylor Hackford is no stranger to having movies spiral out of his control. However, “Love Ranch” doesn’t seem like a standard directorial goof. It’s a film that feels shaved down from its original purpose, with chunks of Mark Jacobson’s script yanked out to keep the running time just below two hours, sacrificing acres of character development and general motivational finesse in the process. “Love Ranch” isn’t a flagrant mess, but the cut corners add up quickly, with the second half of the film rendered positively nonsensical in the rush to mow everything down to the essentials.

Overall, the script is business as usual, detailing the workings of a gruff brothel owner dealing with general lawless and adulterous behavior while his knowing, silent wife watches on, internally sorting through her own set of problems. It’s nothing novel, but Hackford brings in real-life wife Mirren to spice up the acting department, while coaxing Pesci out of retirement to give Charlie a scrapper mentality, aping his work in Martin Scorsese’s “Casino.” It’s hard to believe Pesci hasn’t been featured prominently in a film since 1998, making the early moments of his work here enjoyable for their novelty. The two leads make a deep impression on this thin feature, sharply communicating the uneasy, invasive relationship between Charlie and Grace -- a union built on a shared appreciation of money that lost its luster years ago as temptation grew commonplace for the man of the house. 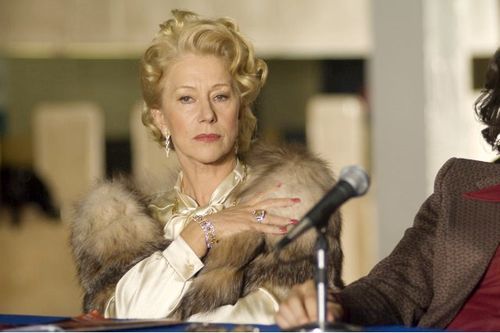 With Pesci in full Pesci mode, Mirren working out an ice queen angle, and the setting of a brothel, “Love Ranch” should’ve been the most entertaining, bawdy offering of the year. Cruelly, Hackford doesn’t touch the salacious qualities of the premise, choosing to ignore the workings of the sin palace to deal with Grace’s aching heart. A supporting cast that includes Gina Gershon, Elise Neal, Bai Ling, Taryn Manning, and Scout Taylor-Compton is wasted in the process, as the film practically ignores the Ranch outside of a few scenes of violence. Hackford brings some raunchy classic rock into the mix, but his sense of debauchery is missing -- the filmmaker prefers to treat the titular sex depot as a neon-drenched backdrop to mundane and bewildering matters of the heart.

Once Bruza enters the picture and puts the moves on Grace, “Love Ranch” ceases to make sense. Hackford instructs Peris-Mencheta to portray the character as someone slightly devious, harboring designs to usurp Charlie and take command of the Ranch, ruling with Grace. However, instead of protest, Grace falls head over heels for this young man, drawn to his looks and animalistic ways of the ring. The physical attraction is assumed, but there’s no logic in Grace’s devotion, which comes out of the blue. Bruza is a rather creepy fellow, with a dark, unexplained past and general ooze about him (his peniscillin apparently cures Grace’s bum knee too), accentuated in Peris-Mencheta broad performance. Grace seems too smart, too aware of scoundrels to fall for such a lout, but Hackford expresses the connection in corny Harlequin romance terms, making the film’s passions unintentionally humorous and dramatically ludicrous. 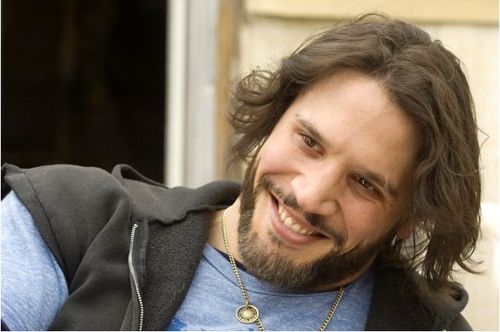 The AVC encoded (1.78:1 aspect ratio) image presentation is stunning despite the film’s dramatic inertia. This is a crisp, clean viewing event, with a striking read of the harsh mountain range locations and brothel interiors. Colors are explosive, with deep, intense hues that communicate the environments superbly. Blues are especially powerhouse here, gifting exteriors with a hearty sense of the area surround the Ranch, while reds bring about the lurid nature of the business at hand, as interiors are blasted with glittery enticement. Detail is exceptional, reading faces and set design confidentially, offered much to work with in term of Pesci’s mug and the brothel particulars. Shadow detail is always supportive, bringing out costume and evening textures without fail.

The 5.1 DTS-HD sound mix submits a relaxed mid-1970s mood, with a few soundtrack cuts making a strong impression here. Gym and boxing arena atmospherics are compelling, creating a directional sensation of location, also found in a few of the Ranch scenes. Most of the energy is devoted to dialogue, which keeps to a dull roar, leaving the listener with a clear track of exchanges, fitting the film’s dramatic intentions. Low-end activity is sparse, but appreciable during conflicts and party scenes. A 5.1 mix is also available.

The feature-length audio commentary with director Taylor Hackford is wonderfully breathless extolling the virtues of the cast and crew, but the track also takes the time to point out the ruthless editorial decisions needed to bring the picture down to shape. Hackford is a classic play-by-play commentator, but the irritating style comes in handy here, explaining character connections that make little sense in the finished film. Hackford keeps pushing listeners to the deleted scenes to receive the full breadth of drama, which practically admits defeat. Despite the film’s quality, Hackford is excited to chat up his movie, eager to discuss the brothel reality that informed the screenplay.

“Introduction with Taylor Hackford and Helen Mirren” (8:28) sits down with the creative force behind the film, who explain the wealth of deleted scenes that follow.

Those famous “Deleted Scenes” (56:54) restore an enormous amount of depth and substance to the film, with numerous subplots and supporting character brought to the forefront to fill out scope of the movie. There’s an enormous amount of material to plow through here, doing a tremendous job restoring a feeling of purpose to the picture, along with a renewed focus on the Love Ranch, returning the hookers to the film about hookers. The scenes can be viewed with or without commentary from Taylor Hackford.

A Theatrical Trailer for the film has been included 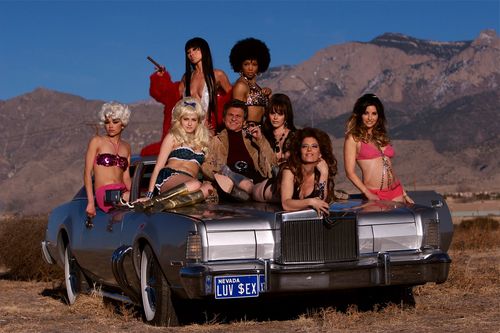 By the final act, the film is beyond repair, arranging a series of hokey encounters for the love triangle that make the actors look foolish. Adding to the embarrassment is a last-minute bit of narration from Grace that ties the film together with convenient perfection, verbally detailing an extensive epilogue that should be seen, not heard. “Love Ranch” is an impressively wrapped package, but there’s no gift inside, just a discouraging void where I assume a real movie was supposed to be found at one point.