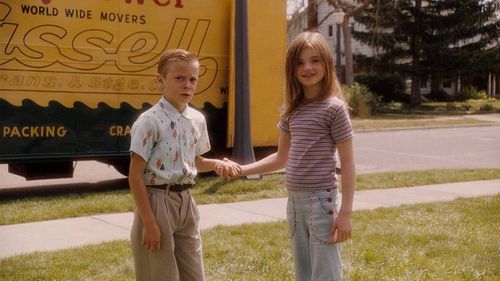 Perspective is a key component of Rob Reiner’s “Flipped,” yet the film doesn’t have enough of it to go around. A disagreeable ride into calculated nostalgic spasms and draining melodramatics, “Flipped” isn’t some frothy jaunt into the past, dancing with the ways of young love. It’s far more oppressive and artificial, counting on a hit-packed soundtrack and the innocence of years gone by to secure a tender reaction. If the feature doesn’t latch on to the senses immediately with its sugared claws, it’s a long, ugly 85 minutes of dreadful behavior to endure, waiting for an ending that never arrives.

From the day he arrived in the neighborhood, Bryce (Callan McAuliffe) has been shadowed by Juli (Madeline Carroll), a spirited young girl experiencing love at first sight. As the 1950s melt into the 1960s, the two teens endure a rough ride of adolescence, finding themselves at odds when it comes to devotion, with Bryce doing what he can to dissuade Juli’s interests. However, as junior high drones on, the young man begins to reconsider his options, eventually finding Juli irresistible. Faced with escalating betrayals and embarrassment, Juli finds her crush on Bryce diminishing, a feeling reinforced by a war of passive-aggressive behavior waged between their families (including Aidan Quinn, Anthony Edwards, and John Mahoney). 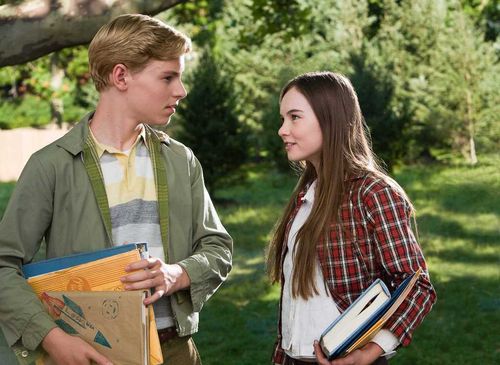 I can appreciate the lure of a Norman Rockwell-scented story, exploring rigid gender roles and corroding innocence in a whimsical suburban setting, coated with a glaze of toe-tapping pop hits. It makes sense for Reiner to return to the scene of one of his most enduring films, 1986’s “Stand by Me.” However, “Flipped” is the wrong type of he said/she said story to cram into the flimsy nostalgia machine.

Based on a novel by Wendelin Van Draanen (set in a more modern era), “Flipped” is a jumbled tale of emotional offenses, resting upon a gimmick of dual perspective, as both Bryce and Juli recount their viewpoint on the events unfolding in their young, impressionable lives. The repetitiveness of the concept alone is enough to tucker the viewer out, but it quickly becomes clear that this device is all Reiner (who co-wrote the script with Andrew Scheinman) has to offer for excitement. Otherwise, the picture is a dreary creation that disregards rounded characterization and general warmth to mess around with unpleasant subplots that primarily highlight the combativeness of the community. 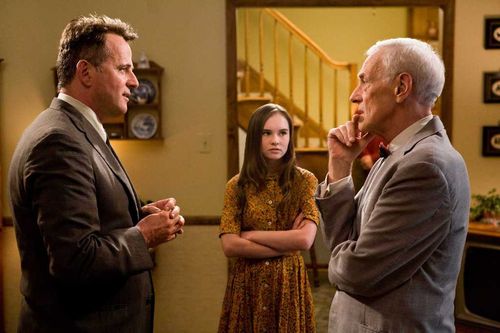 Lessons should be learned, families should be celebrated, and young love should find a way. All of this is lost on Reiner, who turns “Flipped” into a zombified machine of numbing conflict, ruining the golden aura of the picture by making everyone in the film utterly unlikable. Instead of assembling a relatable relationship of self-doubt and mistakes, Reiner turns Bryce and Juli’s interaction into a parade of mean-spirited behaviors hidden under the guise of aw-shucks, Kennedy-era innocence, where a boy can consistently lie to a young girl and besmirch her family name, yet remain the romantic lead of the film.

The main problem plaguing “Flipped” is a lack of depth. With only 85 minutes of screentime to toy with, it’s suicide for Reiner to go out there and establish so many characters, each with their own set of worries. “Flipped” rushes through crucial development, losing any sense of deliberation along the way, which hallows out the dramatics and decimates the intended sweetness. Because we barely understand these personalities, it’s impossible to feel for their struggle, with Reiner hustling through the bullet points of Bryce and Juli’s tale, leaving the domestic asides bewildering in their erratic urgency, including a sobering tangent that visits Juli’s mentally challenged uncle, who comes to freak out over spilled ice cream. “Flipped” is good about introducing subplots, but never pays one off to satisfaction. 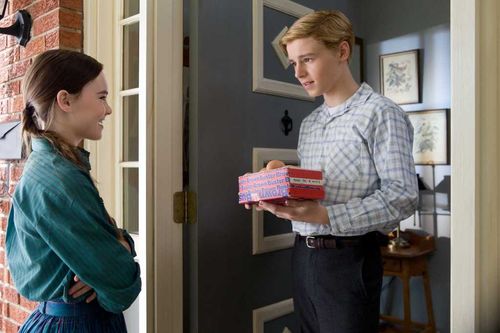 The AVC encoded image (1.85:1 aspect ratio) presentation is a soft-focus extravaganza, with warm tones filling the frame from start to finish. The disc handles the challenge quite well, never losing itself to blur, with a fine grain helping to bring out the textures of the cinematography. Facial detail is commendable, with the cast permitted their reactions and period appearances, and costuming is equally as inviting. Golds and greens dominate the color scheme, but the hues manage a warmth and separation that holds together throughout. Shadow detail is generally strong, while skintones retain their youthful pinkish pluck all around.

The 5.1 DTS-HD sound mix is a very mild experience to match the gentler times depicted in the movie. Soundtrack cues are restrained, only coming out to play when the film requires a certain jolt of nostalgia. Atmospherics are healthy during school activities and dinner table encounters, supplying a fitting echoed quality that opens up the dimension of the mix. Dialogue is pushed up front and, despite Carroll’s penchant for mumbling, the exchanges are basically easy to understand, with nothing lost. Scoring is airy, but pronounced at times, keeping the back of the track active. A Spanish mix is also available.

“The Differences Between Boys and Girls” (6:32) is the making-of featurette for the film, using interviews with cast and crew to explore the themes of the screenplay and detail overall production ambiance. There’s amusing BTS footage observing how the kids acted off-screen, but the rest is more promotionally minded.

“Embarrassing Egg-Scuses” (5:01) covers the world of chickens, a creature that features predominately on the film. Interviewing chicken wranglers and the crew, the featurette covers the spastic ways of the feathered co-stars.

“Anatomy of a Near-Kiss” (3:18) is more charming than anything in the actual movie, showing how the young actors were filled with fear and embarrassment as they gathered to film the “near-kiss” of the film.

“How to Make the Best Volcano” (4:54) is a comedic how-to featurette, with actor McAuliffe running through the steps required to make a science fair volcano. 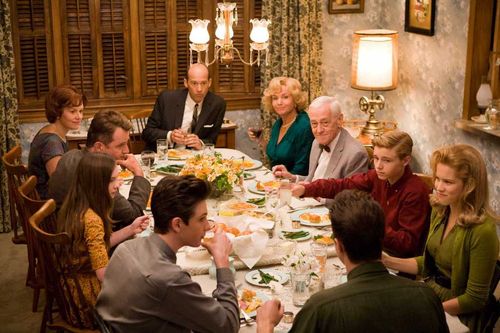 A film like this should be glistening with redemption, but much is left hanging at the end of “Flipped,” including any reason why Juli and Bryce are destined to be, after years of cruel conduct. Rob Reiner’s aim to please is endearing, but to remain so blind about material that plunges into brazenly ugly business showcases a director whose best years are clearly behind him. 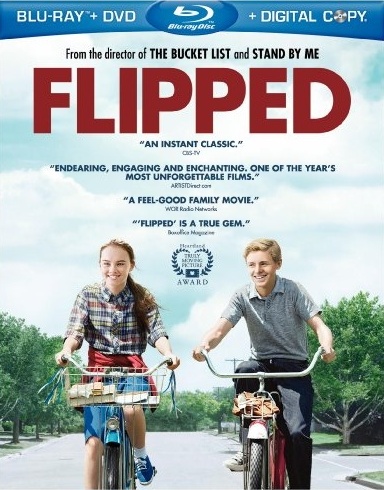