Producers claim “Saw 3D” is intended to be very last theatrical installment of the franchise. If you believe that, I have a bridge in Brooklyn you might be interested in purchasing. While the promotional hyperbole is expected, it seems the men in charge might actually mean it this time, shaping the film in a fashion that brings the events full circle, enticing back fans who jumped ship last Halloween to swim in the fresh waters of “Paranormal Activity.” Final installment or not, the big sendoff constructed here isn’t so big. In fact, “Saw 3D” doesn’t alter the formula one little bit, assembling another round of sharp traps, shrieks, blood sprays, and cartoon retribution, with this sequel shot in 3D to spice up the box office take.

Having survived a horrible facial trap in the last chapter, dastardly Hoffman (Costas Mandylor) is on the hunt for revenge, targeting Jigsaw’s wife Jill (Betsy Russell), who’s been taken into police custody under the protection of Gibson (Chad Donella, giving a spectacularly atrocious performance). Also on the prowl is Bobby Dagen (Sean Patrick Flannery) a self-proclaimed survivor of Jigsaw’s wrath who’s made a mint sharing his horror story with the public. Confronted with a second round of Jigsaw’s steel might, Bobby is placed into an elaborate maze of traps, with each bloody test of endurance revealing his deceptions. Observing from afar is Dr. Gordon (Cary Elwes, blessedly handed very little dialogue), who’s returned from the dark for reasons not immediately made clear. 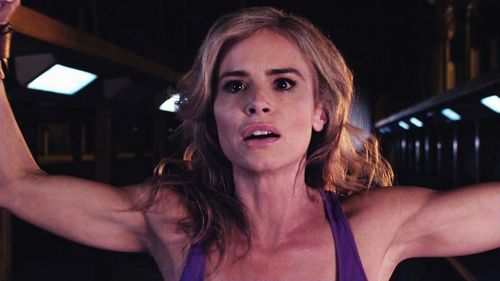 Since 2004, the “Saw” films have continually disappointed me, with each installment robotically moving on to the next, without the forward progression of storytelling and nightmarish imagery that typically accompanies an eager horror sequel. I guess “Saw” was never about taking real artistic chances, it was about building a dependable Halloween thrill ride, with slapdash, semi-humorous retconning filling in the plot holes as one sequel grew to six in a hurry.

Now we’ve hit part seven and nothing’s changed in the “Saw” universe. There are still ornately designed traps ready to spring on hapless souls unable to reclaim their morality, Jigsaw (Tobin Bell appears in a cameo) is still around to stir up trouble, and the music score eternally blasts away at top volume. “Saw 3D” had a real opportunity to kick down the doors and close this series with a majestic killing blow, skipping formula to take fans on a wild ride of finality. Instead, we get 3D. It’s not exactly the type of creative risk-taking I was hoping for and feel the hardcore fanbase deserves. 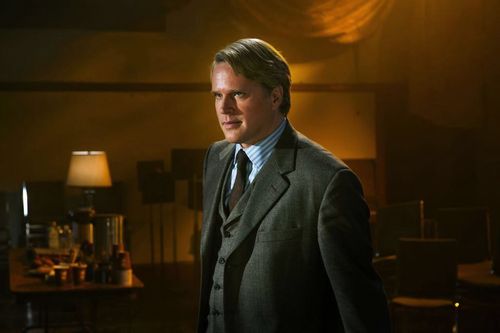 Director Kevin Greutert returns from his work on “Saw V” to guide the latest adventure, and I haven’t encountered a director so baffled by the possibilities of 3D in a very long time. The extra dimension is practically left to rot in “Saw 3D,” with only the occasional blast of entrails or limb tossed toward the camera for effect. It remains a hopelessly flat film befitting a flaccid story, never bothering to sniff out the limits of the exhibition possibilities. Greutert appears more consumed with keeping the rickety narrative intact than sliding forward a specialized, memorable visual experience. With all these traps and dying people, the potential to create a funhouse environment of 3D immersion was right there for the taking. Greutert barely pays attention.

Hoffman? Dr. Gordon? Jigsaw? Is there really a mystery left to be solved at this point? The only question mark that remains is how the bad guys manage to erect such elaborate traps for their whimpering victims without outsiders catching on. That’s a “Saw” I want to see at this point. Let’s watch Jigsaw shop at Home Depot for giant flesh-ripping hooks, rent all these warehouses and public spaces, or perfect the science of his kill toys (one trap here is triggered by decibel levels). I want to see the welding, the down payments, the customer service calls. I want to know how a madman has the time to manufacture all these robot puppets on tricycles and still make room for his nightly Hot Pocket and DVRed episode of “Two and a Half Men.” The mundane details of this operation have to be more interesting than the same old dance of dumb cops, screaming victims, and endless taped taunting. The traps themselves are losing their edge in the new film too, with the screenplay basically recycling macabre challenges for Dagen just to fill time. 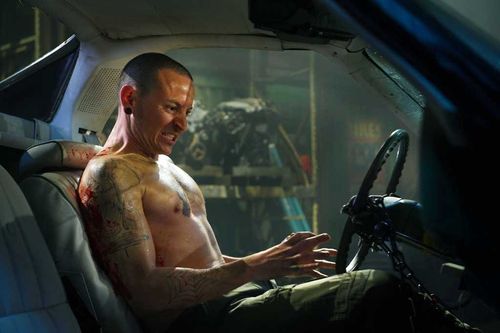 I’d like to believe that “Saw” is finally over. The producers squeezed out six opportunities to make pure genre magic and they never found the nerve, lazily rehashing the formula to its current soupy state. Let Jigsaw die. Horror needs a new direction. 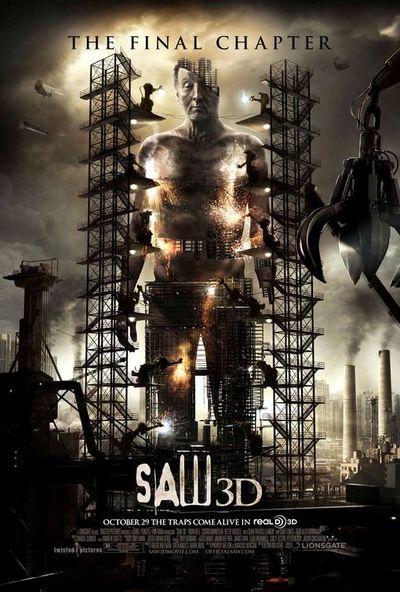