Film Review - It's a Wonderful Afterlife 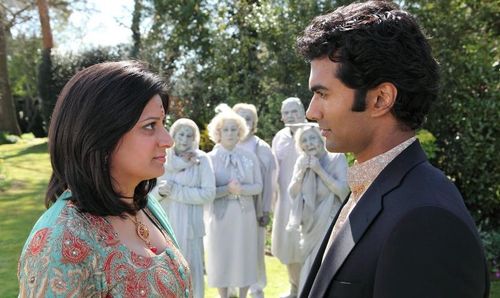 “It’s a Wonderful Afterlife” is a particularly lumpy bowl of Tim Burton leftovers. Sure, it’s a cheery, determinedly macabre creation, but there’s little merriment to be had under such leaden direction. Spirits abound, yet filmmaker Gurinder Chadha can’t slap it together without resorting to tiresome clichés, which robs the film of needed life.

An overweight Indian woman in England, Roopi (Goldy Notay) has found difficulty landing a husband, which drives her mother, Mrs. Sethi (Shabana Azmi), crazy. Afraid to die without securing her daughter’s happiness, Mrs. Sethi has turned to murder to silence those who dare make fun of her child. Stuck on Earth awaiting reincarnation, the spirits come to harass Mrs. Sethi, hoping she’ll end her own life and take the gang to the next one. Trouble is, the protective mother won’t leave until a match can be made for Roopi, requiring a group effort to find a man suitable for the romantic challenge. Also complicating matters is Linda (Sally Hawkins), Roopi’s Caucasian pal, who fancies herself an amateur psychic medium, sensing great trouble surrounding Mrs. Sethi.

“Afterlife” offers a cute premise with a pleasantly ghoulish paint job, forgoing the need to draw out the film as a whodunit to quickly establish Mrs. Sethi as a killer. A sweet woman with special culinary gifts, the mama bear just can’t handle the decibel level of her daughter’s numerous critics, sending them to an early grave via poisonous dishes or blunt trauma (one victim walks around with a chicken skewer through her neck). The clear-cut characterization of Mrs. Sethi as a lovable serial killer starts the story off on the right foot, promising a film of careful sinister consideration and winky execution, mirroring the likes of “Beetlejuice” in terms of marrying ghoulish ways with slapstick comedy. 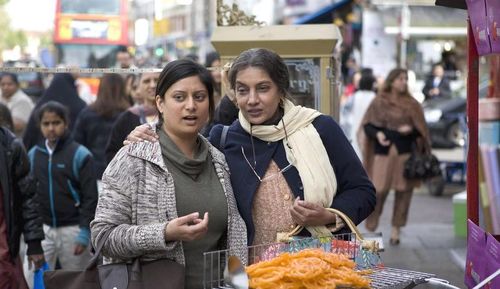 Chadha, who previously helmed “Bend It Like Beckham” and the abysmal “Bride & Prejudice,” quickly tires out from all the first act hustle. “Afterlife” soon abandons all wicked invention to play like any other romantic comedy, complete with musical montages and a hunky detective suitor, played with skim milk swagger by Sendhil Ramamurthy. With a specific cultural thumbprint to explore, a team of judgmental ghosts tending to rotting wounds, and winningly strange concept for a comedy, Chadha has every opportunity to create a feature film of exceptional surprise. Instead, she’s fixated on loneliness, meddling mothers, and creaky betrayals.

There’s an elaborate “Carrie” tribute stuffed in here as well, with Linda finding her boiling point during a wedding sequence that requires here to initiate a food fight with the powers of her inflamed mind. It’s pleasingly nutty, but doesn’t fit the swoony mood.

“It’s a Wonderful Afterlife” eventually wheezes to an insipid climax, paying off the demand for Roopi’s heart with some mild break-up-to-make-up nonsense. Despite some solid performances and a crackerjack opener, the feature doesn’t strive hard enough to remain delightfully insane. Instead, Chadha would rather play with broken hearts than entrails. A shame. 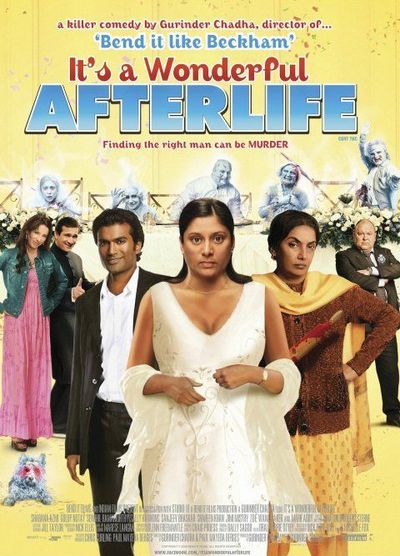