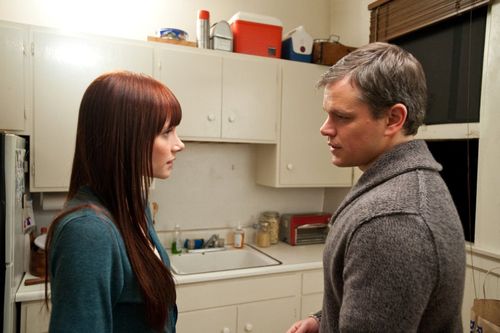 Holding tight to his instincts, director Clint Eastwood has fashioned a relentlessly low-key discussion of heavenly mysteries with “Hereafter.” Shunning a grandly scaled march into the unknown, Eastwood sticks to what he knows best: soft approach, acoustic scoring, and introspective performances. Those weaned on “The Ghost Whisperer” or “The Dead Zone” will be greeted with a particular absence of zeal, but fans keyed into Eastwood’s gentle past work might be more inclined to sit back and allow the filmmaker to find his own way, even if that means a few melodramatic rough patches and a bizarrely pat ending.

In San Francisco, George Lonegan (Matt Damon) is a retired psychic with an exceptional gift, forever weary of the attention it brings him. While his opportunistic brother (Jay Mohr) pushes him to exploit his abilities for money, George craves a more peaceful life, finding promise in a flirtation with his cooking class partner, Melanie (Bryce Dallas Howard). In Paris, Marie Lelay (Cecile de France, “High Tension”) is a journalist who endured a near-death experience while on assignment in Thailand. Returning home, she can’t quite put her life back together, haunted by her visions, compelled to assemble them in a book. In London, young twins Marcus and Jason (Frankie and George McLaren, great faces but dreadful child actors) are a devoted pair, soon separated by death, leaving Marcus with critical questions about the afterlife that cannot be answered through religion and charlatans. 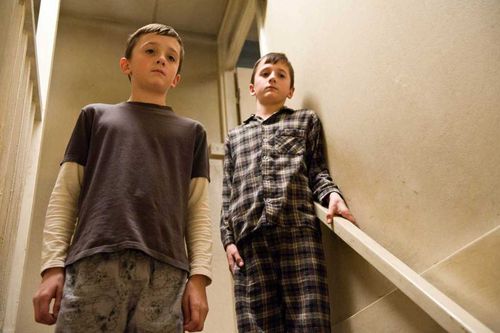 “Hereafter” comes to theaters via a screenplay by celebrated writer Peter Morgan, author of “The Queen” and “Frost/Nixon,” which provides a certain refinement not typically afforded to such spiritual encounters. Unfortunately, the screenplay handles like unfinished business from a writer who traditionally employs tight dramatic corners. Here is a story of questioning and loneliness, with the afterlife a common thread laced through three stories of varying stages of enlightenment; yet, there’s an airy, unfocused quality to the structure that makes it emotionally frigid, missing a sustained note of bereavement for loved ones and life itself, as George cocoons himself inside his solitude, knowing exactly how his gift will be received by any potential mate.

Morgan’s pages resemble a rough draft in desperate need of polishing, yet Eastwood carries the material with typical steadiness (assisted by Tom Stern’s magnificent cinematography). Appealing to his compassionate sensibilities, Eastwood finds a few grace notes along the way to keep the viewer engrossed in these characters, finding a lovely tempo of courtship between George and Melanie (who enjoy a food-based sensuality), and a delicate read of grief from Marcus, who’s on the hunt for impossible answers. Little tender moments tend to count the most in “Hereafter,” blessedly keeping away from hysteria to stew in the infinite unknown.

Everything in the film is noncommittal, preferring to step away and observe than push some type of spirit world agenda. “Hereafter” is masterful at wandering around, endeavoring to yank the three stories together in unusual ways, but I found myself rooting for the characters to remain apart. The personalities are far more tragic and interesting as individuals, required to interact with a judgmental world they’ve lost interest in. Creating a magically fateful lasso only reinforces how little tension there is here to appreciate, with the climax of the film coming across crushingly artificial, despite admirable performances from Damon and de France.

Despite the presence of some volatile special effects depicting natural and man-made disasters, “Hereafter” is best still and blue, considering the afterlife from three different perspectives. Perhaps it’s not an enlightening journey, but Eastwood manages to stretch the longing into something moderately poignant, standing a few frustrating steps away from profound. 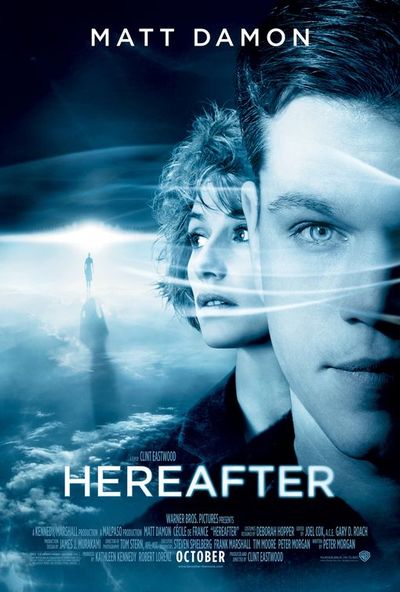 Eastwood makes you think about what you believe. I wonder if he is considering his own after life. The ending... makes me happy but not the best part.