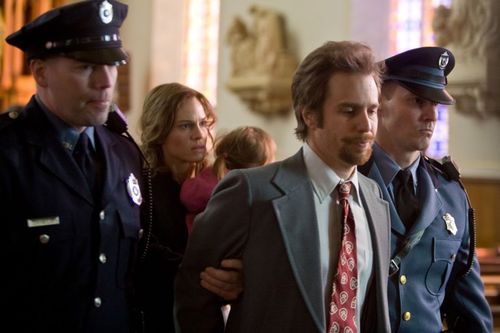 “Conviction” won’t win any awards for originality, but it offers a direct blast of drama that carries the clichés farther than expected. Based on the true story of Betty Anne Waters, the feature certainly has its movie-of-the-week inclinations, but the overall communication of loyalty and resolve permits the film a soulfulness that scrubs away the suffocating familiarity. Stoutly acted and confidently directed, “Conviction” is an aptly titled motion picture.

When Kenny (Sam Rockwell), her troubled brother, is convicted of a vicious murder and sent to prison to serve a life sentence, Betty Anne Waters (Hilary Swank) is crushed, coldly torn away from a beloved sibling who helped her through their difficult childhood. Devoting herself to Kenny’s exoneration, Betty Anne struggles to put herself through law school, working for the opportunity to represent her brother and right this horrible wrong. As the years pass, Betty Anne grows more fixated on justice, sacrificing her marriage and social life to unearth critical DNA evidence that could set Kenny free, employing help from pal Abra (Minnie Driver) and lawyer Barry Scheck (Peter Gallagher), working on behalf of his legal squad, The Innocence Project. 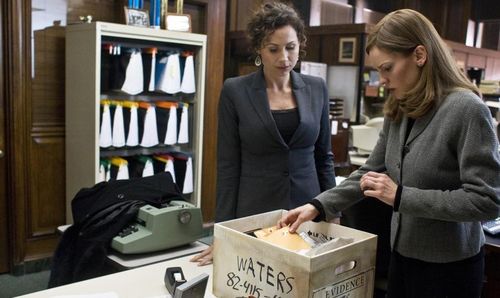 “Conviction” is carried along by its performances. The screenplay is a commendable web of legal woes and emotional fragility, sticking to the full tones of Betty Anne’s stamina and Kenny’s dejection, but the talent bringing these roles to life provides the film with a resonance it wouldn’t otherwise earn on its own.

For Swank, it’s another chameleon role requiring a drab appearance and funky accent (it’s the buzz saw tongue of Massachusetts here), yet she seizes a recklessness to the character that dignifies the prolonged job at hand. Betty Anne is not a Brockovichian legal eagle barnstorming the courts, but a meek suburban mother searching for any scrap of evidence that could snowball into Kenny’s freedom. Frequently teary, Betty Anne pleads and fumbles, with Swank conveying that trembling sugar rush of hope, only to be stymied by Kenny’s persistent enemies, including a suspicious cop (Melissa Leo) tied to his original arrest. 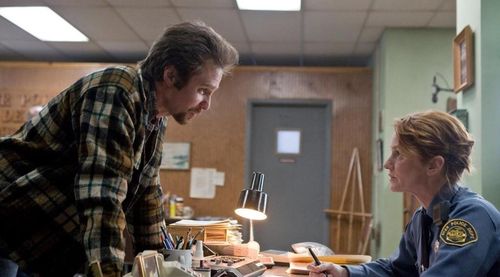 As Kenny, Sam Rockwell transmits a direct shot of frustration. A man labeled an animal and sent to a cage, Kenny turns to violence and even suicide to end his nightmare, convinced the whole world is out to get him. The murder charge is a culmination of legal scrapes for Kenny, with Rockwell hitting a potent headspace of resignation within the man as his sister fights for his release, finding the years inside crushing his optimism. Rockwell is marvelous here, achieving gentle sibling chemistry with Swank, supplying a vulnerable core to the film that helps director Tony Goldwyn (“The Last Kiss, “A Walk on the Moon”) focus on the main issue of devotion, not blustery courtroom antics.

As with any legal drama, there are twists and turns that place Kenny’s innocence into question, along with a supporting cast of colorful characters to complicate matters further (Juliette Lewis shows up as a particularly dim-bulb witness). Goldwyn shapes a delicate film with a few surprises, but rarely does “Conviction” rattle nerves with its suspense. Marred by a few pedestrian scenes depicting Betty Anne’s crumbling domestic security, the film is best served between brother and sister, facing a fight that consumes most of their lives, looking for a legal miracle from a system that wouldn’t dare admit to any mistakes. 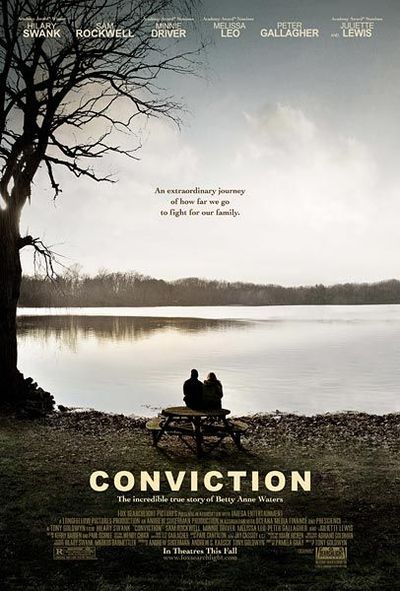