The starkness of “Winter’s Bone” provides an immediate sensation of ache that comes to define the draining viewing experience. This is a bitter, stone-faced picture, with emotional explosions pushed down to the quiver of eyes and flaring of nostrils. For director Debra Granik, it’s familiar territory, having captured the intimate ravages of drug addiction in her 2004 feature, “Down to the Bone.” However, “Winter’s Bone” widens her scope, capturing a rural community of addicts, liars, brutes, and innocents caught in a web of poverty and crushing familial loyalty.

Tending to her younger siblings while her mother is paralyzed with depression, teenager Ree Dolly (Jennifer Lawrence) attempts to keep the family’s Ozarks log home afloat, dealing with hunger and financial ruin. Learning her deadbeat crank-manufacturing father has jumped bail, Ree is forced to track him down, told her house will be lost unless she can return him to justice. Realizing her only hope to find her dad is to engage her estranged family, Ree travels into the heart of the community, meeting a range of threatening faces determined to keep their criminal activities a secret. Assisting Ree is Teardrop (John Hawkes), her addicted, hot-tempered uncle who knows where to look, but remains reluctant to introduce Ree to such disquieting individuals. 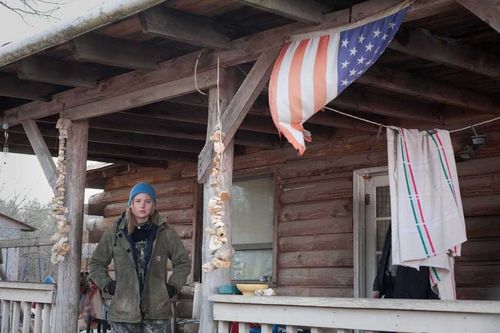 “Winter’s Bone” reminded me of a Coen Brothers feature film without the overt sophistication. Steeped in local vernacular and oozing with an arresting, unnerving environmental presence, Granik builds an astoundingly evocative sense of the surroundings, creating a silent scream for Ree to investigate as she glumly walks the forests and farms of the land. Adapted from the novel by Daniel Woodrell, Granik and co-screenwriter Anne Rosellini preserve a literary tone to the piece, investing in the chilly details of the Ozarks to supply the feature with a frightening air of hostility as Ree encounters a series of bullies, creeps, and relatives. If the film lacks a certain pinch of mesmerizing drama, it makes up the difference with an exquisite lived-in quality. A frightening, yet crookedly poetic realism.

The center of this storm is Jennifer Lawrence as Ree, who gives an outstanding performance of feigned confidence. Essentially keeping together the family through chores and grim neighborly interaction, Ree is a teenager forced to assume the role of an adult. She’s looking for an escape with the Army, but her Southern pride can’t bear to see the family broken up, as the shame would be crippling. Lawrence instills the character with a firm poise and quick tongue, creating a believable veneer of hostility lunging toward most predators. It’s a sensational articulation of a vulnerable child pushed into an unnerving maternal stance, with Lawrence triumphantly shaping Ree as a hardheaded soldier fighting for her home -- the only shred of comfort she has left in her austere life.

Lawrence is paired well with Hawkes, who also stuns with his work here. A wired, wisp of a man, Teardrop is prone to violence, even ballsy enough to threaten the local sheriff, yet Hawkes dulls the roar, sustaining the character’s impulses to internal churn, making the man look even more disturbed. 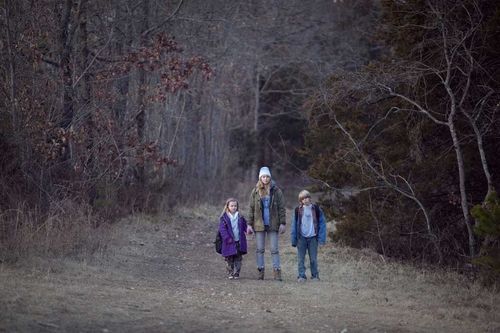 The AVC encoded image (1.78:1 aspect ratio) presentation covers a very specific visual ground, with a wintry, amber look to the film that varies from scene to scene. Detail is steady here, with facial information maintained wonderfully, adding further dimension to the performances. Locations also breathe easy, conveying the harshness of the surroundings while permitting what little there is in the way of color to cut through and find its cinematic purpose. Skintones are expressive and rich, while shadow detail holds nicely, which comes to be a necessity in the film’s final act. The low-budget reality of the feature doesn’t supply a hyperactive HD viewing experience, but the feature’s tone is communicated cleanly.

The 5.1 DTS-HD sound mix holds to a subdued mood of environmental seizure, with atmospherics supplying strong directional activity, filling the surrounds with life outside of acts of violence. Soundtrack and scoring cues also assume a warm presence, sounding substantial and alive. Dialogue exchanges are clean and easily understood, even faced with thick accents and twisty dialogue. The voices are frontal but solidified comfortably, urging the drama further. It’s a modest track with little overt excitement, but the sound effects, music, and mood come together agreeably.

The feature-length audio commentary with director Debra Granik and director of photography Michael McDonough is an academic track that could’ve used a lighter touch, but nevertheless supplies a rich sense of filmmaking toil. There’s lots of technical conversation, with specific attention paid to the Missouri locals, who helped to mold the film’s incredible authenticity. Both commentators are active and informative, and they take this opportunity seriously, treating the event as more of lecture than a conversation. I shouldn’t be complaining about such a focused effort, but the earnestness of it all begins to grate about 30 minutes in. I’m sure most will appreciate the track more than I could.

“Alternate Opening” (1:29) is a brief Super 8 look at the property used in the film.

“Deleted Scenes” (10:17) cover Ree’s quest for solitude and develop her relationship with sister Gail. A few of these moments are already covered in the documentary. There is no Play All function either.

“Hardscrabble Elegy” (2:59) is more Super 8 footage from the land, with music from Dickon Hinchliffe. 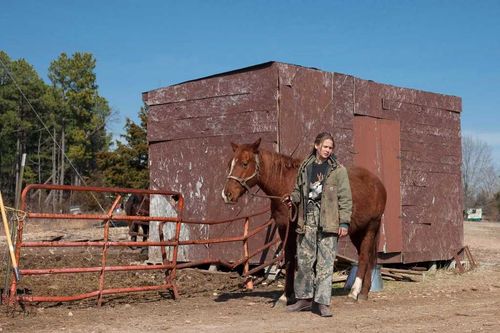 What I enjoyed most about “Winter’s Bone” is how it opens as a mystery, following Ree as she hunts for her father, yet slowly drifts away from that structure, returning to the characters in the final act. To Ree and Teardrop, life or death isn’t the point, they just require proof to save the farm, and that frosty acceptance makes for a more compelling and sickeningly authentic motion picture. Instead of hysteria, Granik finds a more complicated note of accomplishment and purpose, leaving the feature to swirl in the senses long after it concludes. 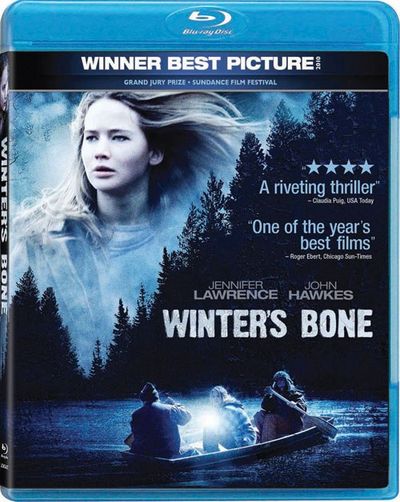 Hey Brian,
Pretty solid review and while I can't comment much on the Blu-Ray aspects (haven't upgraded the gear in that direction) I see we found a lot of similarities in this film (see a link to my review below). I can see how you might bring in some comparisons to a Coen's film, especially Fargo (and not just for the wintry back drop, they operated similarly with No Country) but this film is stripped even further away from character as though each person is so numb and removed from the outside world as to at times appear chilled to the bone, expressionless, locked in motion and routine. Good points about Hawks - he really shines in a menacing, methlab fiend. I think he's come a long way since Me and You and Everyone We know which I thought was mediocre despite the 'indie-darling' treatment the film received. I think that happens a lot with Sundance lab projects.

Again, I can't comment directly on the really detailed specs you offer on the blu-ray DVD (I'm sure those with the gear will appreciate the thorough details you've gone through). I'd only add how much I felt like this film seemed to hold back just a little too much, that at times as we moved from scene to scene, everyone wore the same tired, drawn and dour look on their face that while consistent with what it must be like living in such a remote part of hell, I felt the story would have benefited from some other character to off-put the rest. I'm only really picking here since I did overall really enjoy the subtle and the silence.

I'd love to hear your thoughts on my review if you're interested.