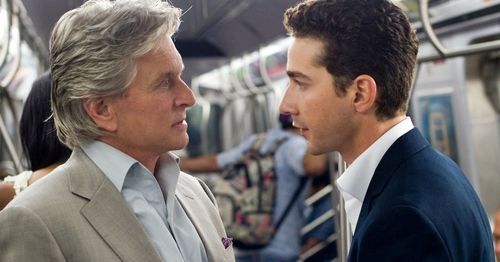 Jacob Moore (Shia LeBeouf) is a young proprietary trader attempting to muscle his way into wealth by turning Wall Street’s attention to green technologies, including an experimental fusion alternative. In love with Winnie Gekko (Carey Mulligan), Jacob seizes an opportunity to introduce himself to her estranged father, broken corporate raider Gordon Gekko (Michael Douglas), now on a book tour detailing his life behind bars. Amused by the kid’s gumption, Gordon seeks an alliance with Jacob, trading his industry acumen for access to a daughter that wants nothing to do with him. Building a tentative bond over their monetary daydreams, Jacob and Gordon set their sights on Bretton James (Josh Brolin), a vicious hedge fund manager whose duplicitous ways brought on the suicide of Jacob’s beloved mentor, Lewis (Frank Langella). 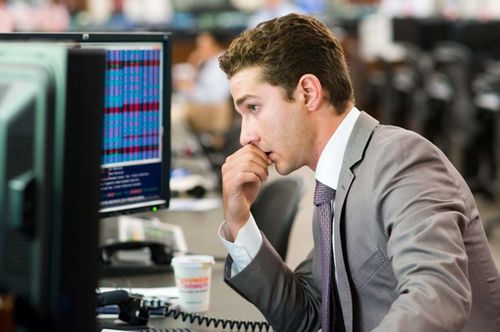 Far from perfect, actually downright clunky at times, “Wall Street” was a mean motion picture, adroitly exploring the passions of yuppies and the violence of business predators. It was a cutting look into the machinations of the industry, tunneling into the core of greed to address a corrosive, yet highly profitable realm of unethical behavior. His fifth directorial effort at the time, Stone attacked the Faustian screenplay with zeal, projecting a seductive lifestyle of unlimited wealth and unlawful boldness. There was a genuine fire to the picture, constructed back when Oliver Stone enjoyed the taste of blood.

“Money Never Sleeps” is Stone’s 18th picture, presenting the filmmaker with an entirely new perspective to explore. Set during the 2008 economic downturn, the picture enters an unstable financial arena where everyone is losing their shirt, panicked that the tanking of Wall Street will signal the end of the world. It’s an apocalyptic boost to an otherwise dreary screenplay, which eschews the hard-bitten world of numbers and pressure to shadow a pedestrian take on revenge and sniffly familial reunion.

Quickly jettisoned is the superlative lived-in sense of the “Wall Street” screenplay, which wasn’t afraid to leave those who couldn’t tell a stock from a bond behind as it slathered on the industry vernacular. Stone cleanly laid out a diabolical plot of immorality to follow, but the language was charmingly impenetrable, reinforced by speed of thought and miraculous thespian conviction. The sequel softens the blow, fearful to overwhelm viewers with a second round of boardroom verbiage. Instead, “Money Never Sleeps” stumbles to explain its every move, from the economic crumbling to the fusion theory, unleashing a torrent of unnecessary dialogue and silly visual diagrams to spell out every turn, robbing the film of needed mystique. It’s an overly cautious filmmaking effort all around, with ham-fisted “bubble” symbolism, metaphor-clogged monologuing, grotesque product placement, and sloppy editing choking the life out of the proceedings, treating viewers like doorknobs where the first film wanted to start everybody in the mailroom. 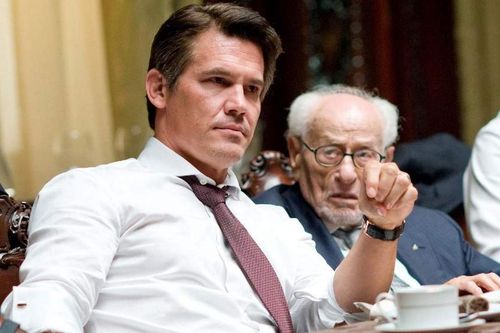 As before, Michael Douglas is the primary reason to stick around and endure Stone’s dementia, smoothly returning to his Academy Award-winning role with a coolly smug performance that plays to the actor’s gifts as an authoritative screen presence. Once Douglas slips back into Gekko mode after a few initial scenes of humiliation, it’s like hearing a Porsche rev its engine -- the actor has a gay old time coming back to the grinning hurt machine that’s defined his career. Gekko remains the cobra he always was, carefully coiling around Jacob (Douglas creates a plausible chemistry with LeBeouf), but there are now absentee parental issues to sort through, softening Gekko into a hacky redemption tale. The man who once assured the world that “Greed is good” now wants a hug. The character’s fury over precious years lost to the prison system is intriguing, but the rest of the role walks along an indistinct path, blended uncomfortably with the rest of the picture.

Instead of chiseling out a nightmarish portrayal of financial sector implosion, “Money Never Sleeps” comes off desperate to reiterate a message of fear, hoping to implore viewers to take a second look at those who handle all the money -- an admirable endeavor and a timely update reflecting the broad change of rules on Wall Street. Trading coke, hookers, hair gel, cigarettes, and limos for moral fiber and a worldwide warning shot seems like natural angle for this sequel to take, yet in Stone’s beefy hands, the aim is as crooked as the stockbrokers. 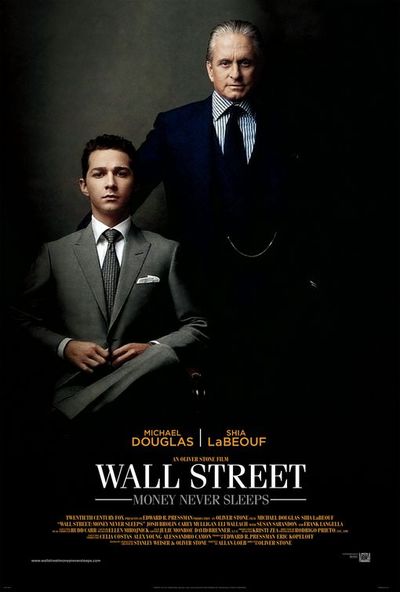