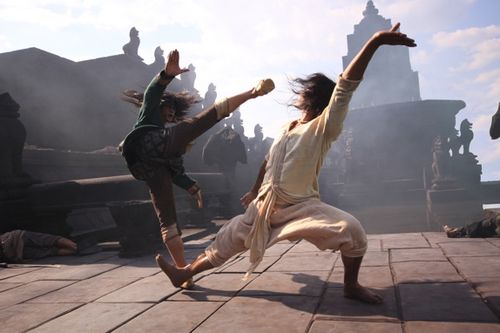 Tien (Tony Jaa) has been left for dead by the evil Lord Rajasena (Sarunyoo Wongkrachang), who already has his hands full with the curse of the Ghost Crow (Dan Chupong), a spirit who craves the throne for himself. Spared from certain death, Tien’s body is moved to village of Kana Khone, where the elders work to reincarnate the broken warrior, restoring Tien back to life through teachings of spiritual balance and focus, which requires the troubled hero to literally snap his body back together. With Ghost Crow assuming command of the land, Tien is forced back into battle, only now armed with teachings and experiences to help him match the skills of his enemies with not only his fists, but his soul as well.

“Ong Bak 3” picks up exactly where the last picture left off, finding Tien in a limbo of sorts, counting on Buddhist teachings to help him lurch back to life. It’s a place of confusion that’s likely to be shared by the viewer, who’s forced to recall all the bewildering narrative knots and volcanic dramatics that occurred in the last picture. Yet, that place of confusion seems ideal for the series, which started life as a modern, urban actioner and somehow vaulted back hundreds of years, assuming the stance of a labyrinthine period fight film. I’m not sure I even want to understand what’s going on anymore, out of fear lucidity will shatter the cultural and spiritual illusion eagerly constructed by co-director Jaa.

Highlighting a more streamlined sense of conflict, “Ong Bak 3” is more of an anti-revenge movie, with Tien entering training not to squeeze blood from his enemies, but to find an interior light through prayer and practice, fusing a heavenly dance to his body movement, celebrating his renewed sense of life. The brightened appeal permits the film a friendlier approach, observing a feral beast finding his center through Buddhism and meditation, while dark forces ratchet up their efforts in the interim. It’s a simplified path of heroes and villains that sustains interest in the film, sold with welcome commitment from the cast, especially Jaa and Chupong, who pull from their gut to articulate the storms churning within their characters. 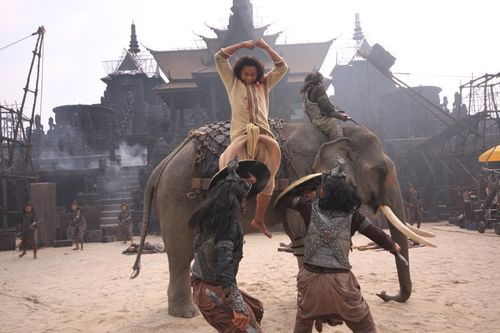 While Tien’s tale of rehabilitation is convincing enough to pull the picture along, the big draw is the fight sequences, which once again utilize dynamite choreography, crafty CG embellishments, and furious fists. It’s a Muay Thai madhouse, especially in the final act, where Tien and Ghost Crow square off, trading body blows as they whip around royal grounds, bouncing off elephants and walls to beat the life out of each other. It’s a fantastic peak of violence to the film, which has the sense to kick back and permit Jaa and Chupong room to do their skull-cracking thing for extended takes, bashing around the frame like human wrecking balls.

“Ong Bak 3” closes this oddball trilogy with a sense of peace; a lovely parting shot from a series built upon a foundation of narrative chaos. While it doesn’t fully restore matters to ideal comprehension, “Ong Bak 3” is a nifty bruiser, sure to satisfy those in the mood for a little spread of Zen on their knuckle sandwich. 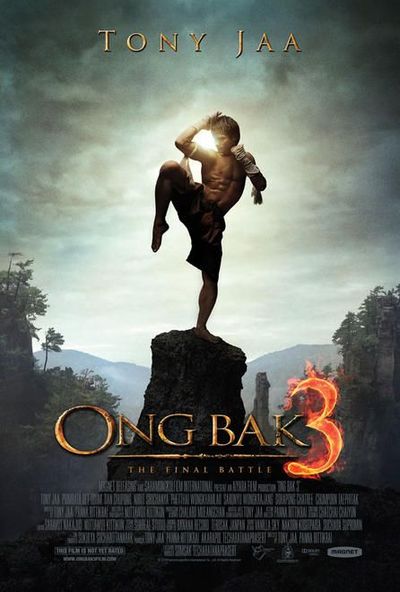