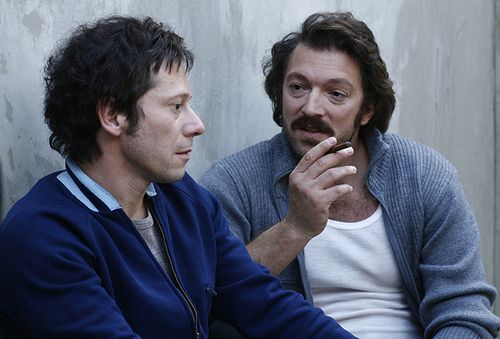 What goes up must come down, but the life and times of felon Jacques Mesrine provide a splendidly cinematic finishing move with “Mesrine: Public Enemy #1.” The second half of an explosive bio-pic, the closing chapter carries a bleak tone, resembling a death row march, but the volcanic filmmaking remains in a state of alert, observing the titular crook swell up with defiance and excessive bravado, while the cops make a push to hunt down and end Mesrine’s criminal reign.

Fully entrenched in his unlawful ways, Mesrine (Vincent Cassel) finds renewed motivation as the world press builds his legend, gifting his bank robbing exploits front-page headlines and television coverage. While the notoriety sends Mesrine back to prison, he finds an escape artist named Besse (Mathieu Amalric) to help him plan another breakout, further enraging law enforcement officials. Losing himself to ego, increasingly daring acts of kidnapping, and political grandstanding, Mesrine torches the critical support of his underworld brotherhood, leaving the thug with his mistress, Sylvie (Ludivine Sagnier), and the weight of his misbegotten life to confront as the police close in. 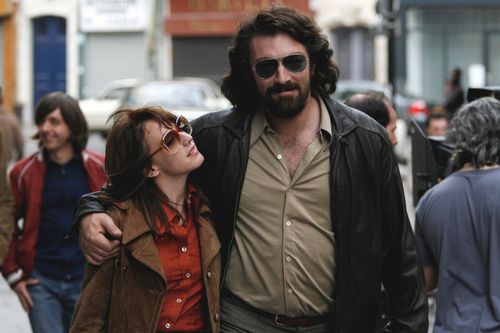 Further exploring the contemptible behavior of Mesrine during the 1970s, “Public Enemy #1” doesn’t precisely pick up where “Killer Instinct” left off, instead slightly downgrading the tumultuous tone of the first installment to one of solidifying fate. The film opens with Mesrine’s final moments, working backward back in time to his most brazen acts of escape, including one escapade that finds the crook pulling a gun in court, making a run for freedom in the lion’s den of justice. Director Jean-Francois Richet sustains a furious tone of suspense and bullet-happy action, finally reaching a heated point in Mesrine’s life where he found himself unstoppable, allowing the visual flurry to match the character’s smirking fury. The standoff scenes are mesmerizing.

“Public Enemy #1” also captures an unexpected emotional perspective, as Mesrine is faced with familial tragedies, including the sobering knowledge that he’s abandoned his children while slithering around the globe. While still a pistol-packing playboy with a penchant for easily impressed women, Cassel boils the role down some, communicating a psychological exposure that assists in the feature’s overall impact. It’s one thing to be completely won over by the film’s ferocity and interest in the twitchy relationships between criminals, but the move to explore Mesrine’s vulnerability makes the enterprise substantial, perhaps moving, despite warnings at the openings of both films reiterating that “Mesrine” is not a feature of complete fact, but one of perspective, befitting a complex life. 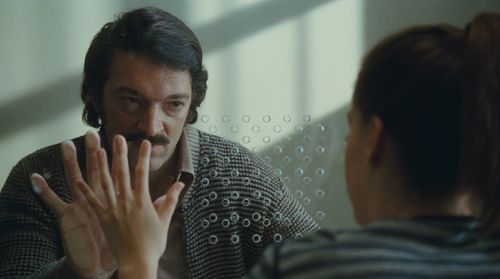 “Public Enemy #1” soon moves into an unraveling period, where Mesrine’s paranoia and protection of his reputation clouded his initial intent, alienating comrades growing unsure what France’s most wanted truly craved for all his immoral effort. The picture concludes with a literal bang, putting a suitable capper on Mesrine’s bizarre, brutal, wholly unexpected life, but also fits Cassel with a consequential finale -- a fitting end to a mesmerizing performance within a darkly spirited two-part feature film. 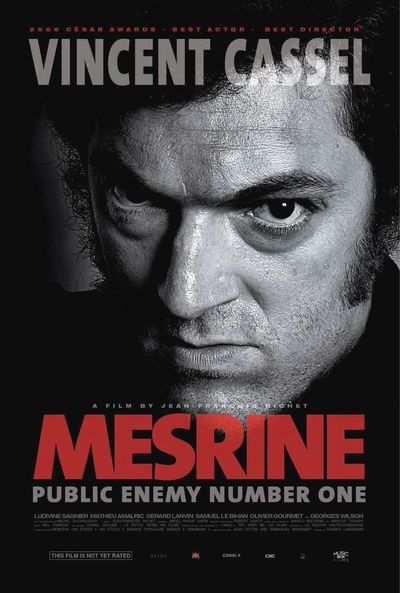