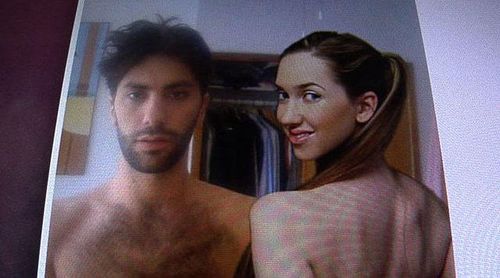 Nev is a New York photographer who’s landed a picture in a major publication. Soon after, he receives a painting of the photo from an 8-year-old prodigy named Abby. Striking up a friendship with Abby’s mother, Angela, Nev is quickly sucked into her world via Facebook, phone calls, and texting, soon finding himself greatly attracted to Abby’s half-sister, Megan. Carrying on a long distance relationship with a woman he’s never met, Nev grows consumed with the situation, while his brother Ariel and pal Henry decide to film the entire experience for posterity. Deciding the unknown is perhaps too unknown, Nev, Ariel, and Henry head to rural Michigan to meet Angela, Abby, and Megan, even though they are all acutely aware something is uncomfortably peculiar about the situation.

There’s a central mystery to “Catfish” I wouldn’t dare spoil, yet the ultimate reveal of the film is a key topic of conversation, moving the picture from a jaunty bit of keyboard detecting to a dire psychological odyssey. What the three filmmakers have here is topicality, happily surveying the nature of online relationships, studying how one of their own, a clean-cut, aware young man, could become so wrapped up in a person he’s never met. Leading with Nev’s glee in finding an internet admirer, the picture dives into the murky waters of association, where flattery and so-called confession leaves people open to benign deception. For Nev, Abby’s paintings and Megan’s Facebook glamour shots are all he needs to emotionally invest, eschewing the tradition of personal interaction to bond with images, voices, and the appearance of moderate artistic talent. 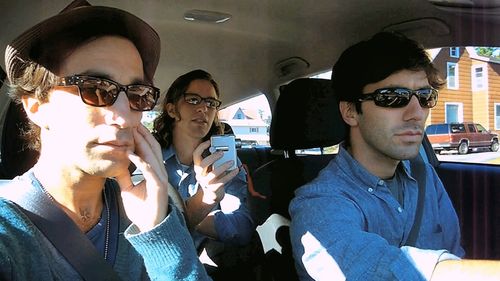 Whether or not any parts of this picture are real is up to the viewer to decide. Personally, Nev’s camera awareness is a bit too spastic for comfort, with much of the picture carrying the tone of an acting reel, with Ariel and Henry looking to make a cinematic splash by blurring the lines of reality. Regardless of its authenticity, “Catfish” does posit quite a riddle for its first act, as Nev slowly grows disillusioned with Megan and suspects Angela of stringing him along. The boys have no other choice but to visit these inscrutable women.

Once Nev finds what he’s looking for, “Catfish” deflates quickly, with the final act slowing the film to a crawl, attempting to tie together tendrils of mental instability that are too profound for a jiggly camcorder and some giggly New Yorkers to handle. The bleak execution of the second half is too scattered to convince, with the filmmakers dragging out matters to a point of collapse, madly taffy pulling the proceedings to pad out the run time. “Catfish” opens with bursting promise of investigation, only to end up inside a particular quicksand of depression that’s far too substantial for the trio to process with any sort of desired, respectful intelligibility. That is, if you buy any of it to begin with.