A thoroughly uninspired animated effort, “Alpha and Omega” doesn’t head anywhere Disney, Dreamworks, or a thousand Saturday morning cartoons haven’t already been. A routine tale of anthropomorphized animals, slapstick, and forbidden love, the picture fails to offer enough weirdness or wit to keep chaperones awake, while kids deserve a more engaging matinee babysitter -- a feature with some genuine life to it, not just the family film basics slapped together with a money-grabbing coat of 3D to help it shine.

Inside a Canadian forest, Humphrey (voiced by Justin Long) is a carefree omega wolf, spending his days pallin’ around with his friends and dreaming of Kate (Hayden Panettiere), an alpha wolf with major responsibilities ahead of her. With two opposing wolf packs near war, leaders Tony (Dennis Hopper, in his final role) and Winston (Danny Glover, slowly losing his war with the letter S) arrange for Kate to enter a special marriage with star wolf Garth (Chris Carmack), whom she doesn’t love. Before plans can be set in motion, Kate and Humphrey are drugged by wildlife officials and relocated to Idaho, in hopes that the two wolves will help repopulate the area. Fearing chaos has erupted at home, Humphrey and Kate look to escape their new surroundings, while the time spent together reveals unexpectedly tender feelings between the furry pair. 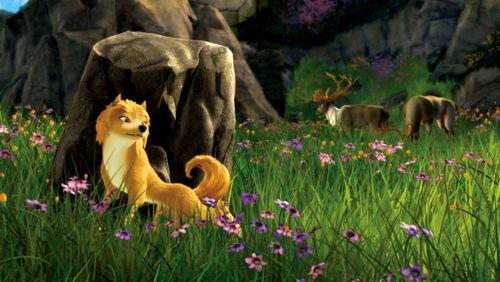 Assembled in India under the watch of directors Ben Gluck and Anthony Bell, “Alpha and Omega” is a woeful budget animation title, picked up by Lionsgate to compete in the CG-animated box office race. It’s a bland, nothing motion picture, playing as comfortably as it can to appease undiscerning younger viewers with a routine of shenanigans and sleepy dramatics, realized through blocky, rigid animation that doesn’t feel very special standing in the shadows of industry giants.

To overcome monetary limitations, all “Alpha and Omega” needed was a shot of creativity in the screenplay department to bring it to life. Unfortunately, the writing is slack and lacks personality, with much of the script devoted to colorless elements of conflict and comedy, despite an invitation to take the road trip concept to far more appealing places. Welcome oddity only breaks up the monotony intermittently, coming in the form of a golf-playing goose that helps the wolves with directions and a mating sequence early in the picture that finds the wild animals enjoying some song and dance before the carnal delights begin. “Alpha and Omega” needed more of the bizarre to keep it engaging, and less of the moronic, pandering scripting, which often involves bodily fluids and crotch-wallop jokes to tickle the wee ones. 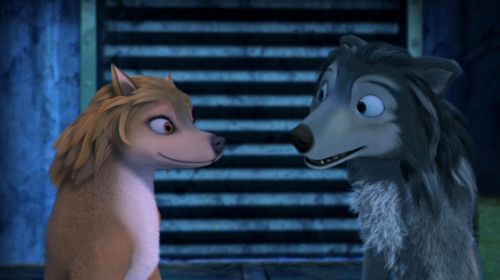 The 3D enhancement is fairly worthless, only bringing dimension to the vistas, rarely adding to the alleged fun. It’s a cheap ploy to goose box office revenue, used to create excitement about a film that doesn’t deserve it. “Alpha and Omega” is best appreciated, or endured, as a rainy day diversion, forced upon kids with nothing better to do, with milk-money rental rates that keep expectations comfortably low. 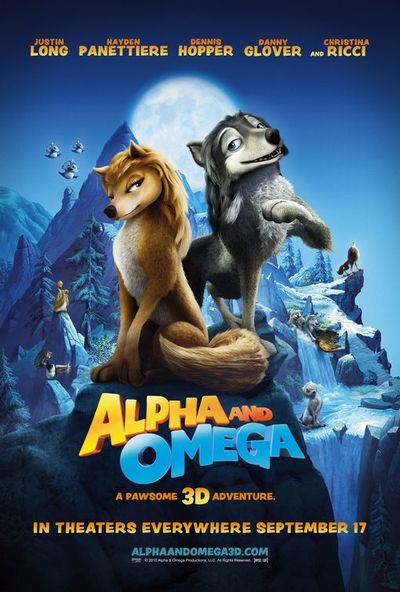