Home Archives Profile Subscribe
Sunday in the Park with Brian - Magic Kingdom
Blu-ray Review - Get Him to the Greek: Unrated Extended Edition 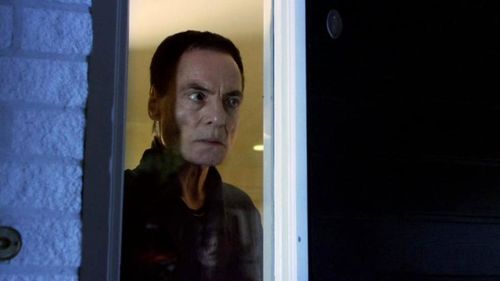 Two Americans ready to party hard in Germany, Lindsay (Ashley C. Williams) and Jenny (Ashlynn Yennie) find themselves stranded in the middle of nowhere with a flat tire. Terrified, the girls head to a remote home for help, meeting the sinister Dr. Heiter (Dieter Laser), who promptly drugs the women and drags them into his secret medical lab. A leader in separating conjoined twins, Heiter is ready to attempt his greatest medical marvel with The Human Centipede, surgically linking three bodies (via mouth to anus) together to create a singular monster. With the abduction of a Japanese tourist (Akihiro Kitamura), Heiter finally achieves his dream, treating his new pet of limited mobility violently, while the three connected bodies suffer great pain and humiliation. However, when a pair of dim-witted cops starts sniffing around the premises, Heiter panics, worried his medical achievement will be discovered. 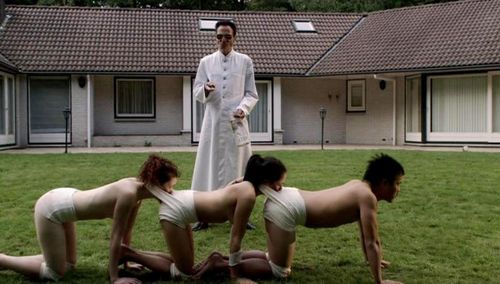 “The Human Centipede” was created to cause trouble. It toys with controversy in a startlingly confident way, pushing though unimaginable visuals and suffering with director Six delighting in his madness -- I have to assume he imagines the picture as a cinematic form of Jergens and Kleenex. The film doesn’t exactly lunge for disease as much as it causally splashes in the puddles in perversion, taking the scenic route to suspense, as Heiter spends more time staring than he does dicing.

This film isn’t interested in scares, it craves revulsion. Methodically detailing the torment inflicted on the three sections of the Centipede, Six lingers on their cries, their whimpers, and their fright. “Human Centipede” isn’t artful, it’s shameless, which I recognize is a birthday present to some genre fanatics out there, but it’s difficult to grasp what Six is seeking to achieve with this film. There’s no suspense outside of a few escape sequences, the surgical scenes are surprisingly restrained, and Heiter’s dehumanization of the Centipede is handed porno-like attention, not true terror. Matters seem more self-serving for Six than cinematically rewarding, a sensation helped along by the film’s crude appearance, acting atrocities (Laser has a certain Tommy Wiseau way about him), and general fetishistic German sway (the go-to nation for crimes against nature). 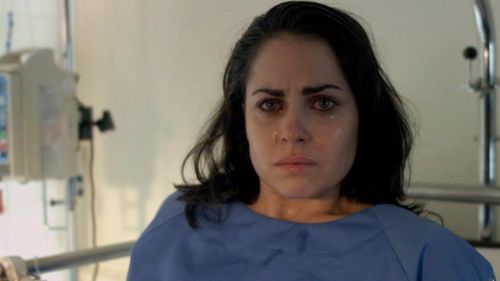 Beyond the screams and cries for mommy, there’s nothing going on in the film. Take away the central concept of surgical extremity, and the picture is a tiresome exercise in boneheaded screenwriting, with idiot characters happily strolling into danger without thinking (it’s not like the fiendish Dr. Heiter greets visitors wearing kitten sweaters), or the general, repetitive slasher film mentality that renders the film impotent in terms of suspense. In a strange way, “Human Centipede” plays it safe, lingering on cruelty instead of reaching for an explosive sense of insanity, afraid to chase the brain-warped potential of the concept. 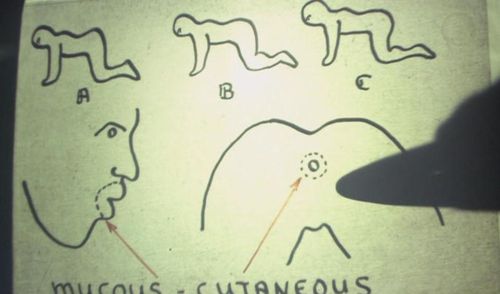 The anamorphic widescreen (1.78:1 aspect ratio) presentation doesn’t support the frightful vision of the film to the fullest extent. Colors are bright and bold, successfully conveying the limited amount of locations used for the film. However, pixelation and contrast problems plague the visual experience, often smashing the intense mood of the film with distracting digital hiccups. Black levels aren’t terribly convincing either, often reducing more intense evening shots into mud.

Rather surprisingly, there’s only a 2.0 Dolby Digital sound mix here to sell the nightmare, which doesn’t seem like such a loss considering the rather muted, intimate sense of doom the film conjures. Voices sound thin and unconvincing at times, but the dialogue is preserved, even with a wide range of accents to slog through. The rest of the elements are balled into a persuasive whole, with a workable frontal mood of rage that increases as the film progresses. It’s low on dimension, but still quite forceful. German and Japanese tracks are also included. 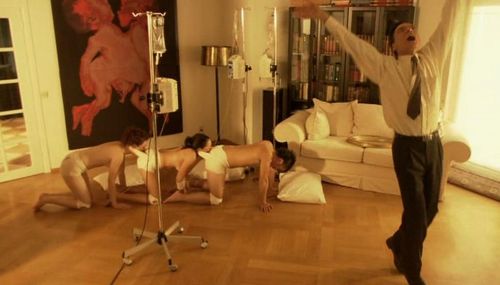 The feature-length audio commentary with writer/director Tom Six is a little unnerving at first, with the German filmmaker revealing quite a jovial attitude about his grotesque picture. The man isn’t shy to share his innate oddity, asking uncomfortable questions (what would be worse: raped 10 times by a sex maniac or made a member of the Human Centipede?), exploring medical realities, and sharing his delight with the performances and the lighting of the film. Six mostly comments on what’s directly in front of him, which doesn’t allow for the widest range of recollection. Still, Six provides more of an understanding of the film than I ever thought possible. Fans of the feature should love it.

“Behind the Scenes” (9:04) proves there was actually some direction on-set, with the B-roll footage here surveying the creation of the film. I wouldn’t describe the mood as jovial, but everyone involved appears to be having a good time. Make-up and Centipede choreography is especially interesting to view.

“Director Interview” (5:18) sits down with the helmer to discuss story origins, medical accuracy, and filmmaking challenges. And yes, Six promises a sequel, calling the first film “My Little Pony” compared to what he has in store for the next round.

“Casting Tapes” (2:08) offers the audition process for Williams and Yennie, who are asked to be chatty, act terrified, and get down on all fours.

“Foley Session” (4:54) heads into a London sound booth to examine the various meats and fruits it took to bring the film to sonic life. 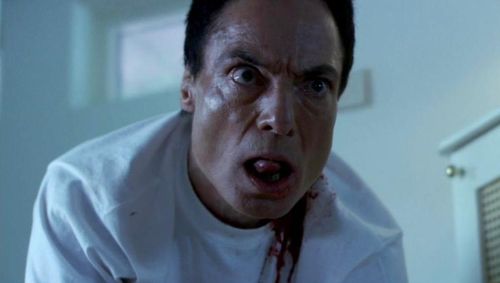 “The Human Centipede” desires to provoke. It needs the viewer to be outraged and horrified. Perhaps it’s a source of titillation as well, though I’m doing my best to ignore the true appeal of this film to certain impressionable audiences. Unfortunately, suffering just isn’t enough. Pain doesn’t sustain an entire film. Fright flicks and the fine art of moral decay deserve a much more proficient representative than Tom Six and his cross-eyed, Ambien-dusted fixation on medical torture. 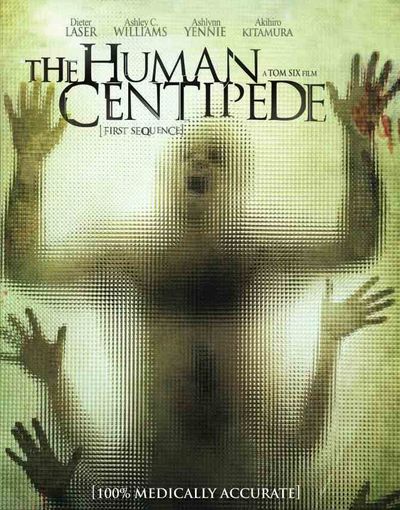