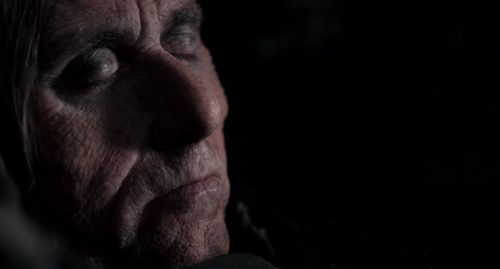 A socially awkward pre-teen, Michael (Bill Milner) is forced to deal with relocation when his father (John Simm) and pregnant mother (Kelly Macdonald) purchase a dilapidated house to fix up for their growing family. Investigating the back yard, Michael uncovers a monster-like creature named Skellig (Tim Roth), who’s taken up residence inside a crumbling cottage. Hoping to help Skellig with his need for beer and Chinese food, Michael finds an outlet for his frustrations, caring for a mysterious, cantankerous man who appears to be calcifying before his eyes. Difficulties soon intensify for Michael with the birth of his baby sister, who’s come into the world with severe medical problems. Witnessing Skellig’s otherworldly gifts of healing, the boy urges his reluctant companion to regain his strength and save this critical life. As a film critic, I’ve grown accustomed to seeing scores of family films every year, all with a distinct inclination to maintain a sunny disposition, out of fear of losing the fragile sense of concentration from the core demographic. “Skellig,” based on the award-winning novel by David Almond, isn’t a cheery picture in the least. In fact, it’s downright glum, keeping the characters in a constant state of distress, often through horrifying medical revelations pertaining to Michael’s infant sister. I’m all for melancholy films of pure emotional release, but this feature misfires greatly, mistaking misery for resonance. The feature feels like a burden, not encouraging catharsis.

Jankel (credited here as “A.J. Jankel”) mopes around the tale, pulling reasonable performances from her capable cast (young Milner is quite gifted, and there’s always room for Macdonald’s tender Scottish allure), but failing to thread together a concrete reason as to why Skellig is an important character. He’s an enigma with wings, possibly born from the graces of Heaven, but uniquely tied to an earthbound community of bugs, with a taste for takeout. Roth plays the character as he plays most characters: grumbly, with a special unwashed, slithery appeal. There’s just no charisma emanating from Skellig, making Michael’s devotion bewildering. It’s difficult to buy what goes on in the story, which, for a fantasy film of winged desire, is death. 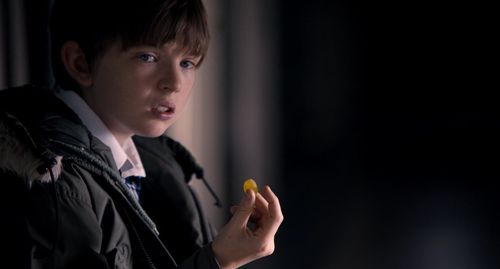 The AVC encoded image (1.78:1 aspect ratio) presentation is generally successful on this BD, with steady cinematography gifted proper color separation, with a nice pop of interior housing colors and outdoor greenery. Detail is kept alive, presenting the ghoulish appearance of Skellig with a proper handle on textures and movement, preserving his odd manner of being. Shadow detail is solid, with little lost to darker sequences.

The 5.1 DTS-HD track is a basic read of fantasy occurrences and intimate conversation, with the dialogue superbly cared for, allowing for a clear understanding of the accents and grumbles that emerge from the characters. Skellig’s wing-based antics are provided the most life on the track, with pleasing directional movement to accompany the theatrics. Scoring is light, but welcome, creating an affectionate mood to alleviate the darkness.

Jankel keeps serving up joylessness while sniffing around intriguing suggestions of evolution as a way of explaining Skellig’s true identity. Unfortunately, the filmmaker would rather stay within the comfort of domestic melodrama, which reduces the picture’s ultimate act of mystery, passing on the profound appearance of the titular character to cry over dying babies. Even though I haven’t had the honor of reading his book, I’m fairly sure Almond deserves an apology for this film. 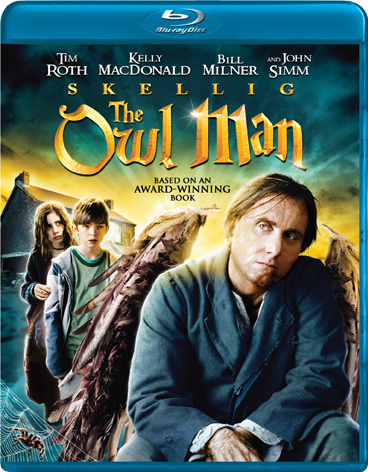