In London, the war of art is waged on a daily basis, with gallery owners (including Danny Huston), underlings (Heather Graham), collectors (Gillian Anderson and Stellan Skarsgard), artists (Jamie Winstone), schemers (Simon McBurney), wannabes (Alan Cummings), and observers (Amanda Seyfred) out to make a name for themselves within a frighteningly competitive, self-absorbed business. On the table is a famous painting, Mondrian’s “Boogie-Woogie,” owned by a cantankerous man (Christopher Lee) with little interest in selling, while his wife (Joanna Lumley) watches helplessly as the lucrative offers begin to pile up. 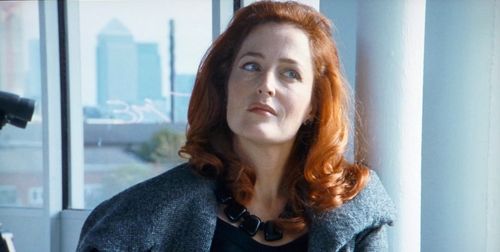 Dealing with stark white gallery and dimly lit nightclub locations, the AVC encoded (1.85:1 aspect ratio) presentation has much to offer the viewer. It’s an appealing viewing experience, with a nice push of colors emerging from the art on display, along with the rather extravagant costume design. Detail is excellent throughout, allowing a chance to digest the full scope of acting from the ensemble, along with a few moments getting up close and personal with the art. Skintones are healthy and expressive, while shadow detail is consistent.

The 5.1 DTS-HD sound mix is primarily concerned with dialogue exchanges, with a horde of voices competing for screentime. The separation is strong, keeping the dramatic intent intact, with a comfortable layering of conversation during group sequences. Scoring is minimal, but useful, along with a few soundtrack cuts that provide some sense of dimension. Atmospherics are intriguing, especially inside art installations, where bits of sound effects contribute to the overall sonic mood. A 2.0 track is also available.

A Theatrical Trailer and T.V. Spot are included. 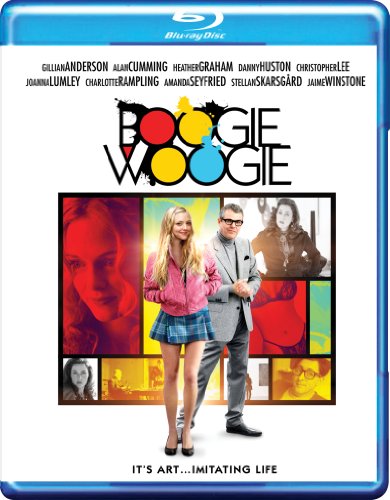 I think the movie cover is ridiculous and loses many customers before they even think of watching such a disgraceful film!