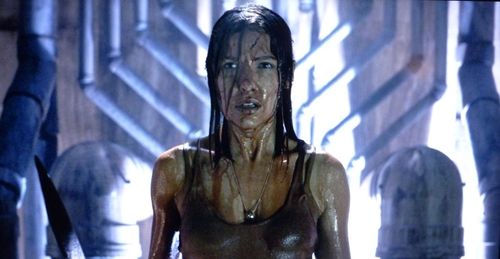 After her harrowing experience surviving a vampire attack in Barrow, Alaska, Stella Oleson (Kiele Sanchez) has hit the tour circuit, hoping to spread word of the invasion while facing a doubting public. In Los Angeles, Stella is confronted by a group of hunters, led by Paul (Rhys Coiro), who need her help to bring down vampire goddess Lilith (Mia Kirshner) and her loyal army of the undead. Initially reluctant, especially after learning a vamp named Dane (Ben Cotton) is a part of the squad, Stella soon joins the fight, heading into the bowels of the city in an effort to thwart Lilith’s new plan for extended feeding, revealing sinister magic that helps to reanimate fallen soldiers. 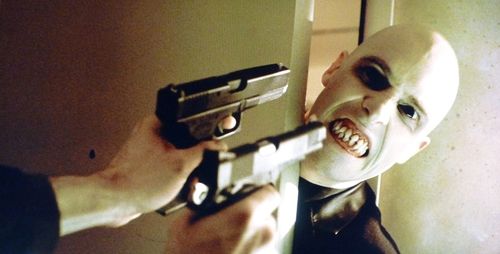 Also derived from a comic book release, “Dark Days” dials down the widescreen scope of the 2007 picture, permitted a budget that demands a more modest imagining of the war between humans and vampires. Of course, there’s disappointment in the new financial direction, considering so much of the previous film was wasted on fully funded bad ideas.

Mercifully, “Dark Days” screenwriters Niles and Ben Ketai (who also directs) have provided a finer edge to the action, pursuing a tone of revenge as Stella receives a shot to stamp out the vampire plague. It’s not an extraordinary piece of scripting, electing a puzzlingly mournful tone that holds back the merriment of monster hunting, verbalizing the misery instead of reveling in it through meticulous visual composition. The drone of the dialogue blunts the sting of the story, but a few of the performances find the right tone, with laudable supporting turns from Harold Perrineau and Diora Baird as Paul’s fellow enforcers. 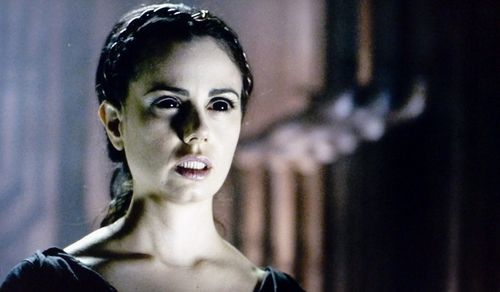 Once the film moves past exposition and into bat country, “Dark Days” ramps up the fear factor, kicking off a series of encounters that take advantage of all the low-budget location clichés (warehouses, ships, industrial hallways). Heavily armed and ready for a fight, our heroes proceed to blast their way into the vampire hive, creating a few hearty sequences of splattery chaos. Criminally, Ketai elects to mimic original director David Slade’s infuriating obsession with shaky-cam, slamming the camera and lights around to create a blizzard of violence. Suspense is never achieved, but there are glimpses of gore that retain their intended punch. The last thing any burgeoning filmmaker should be doing is miming one of Hollywood’s most irritating thumbsuckers, but the jerky stuff is only a small part of the show, with Ketai showing some care with the down time, including an unexpectedly sensual encounter between Stella and Paul.

Perhaps a future in a “Red Shoe Diaries” revival is in store for the director. 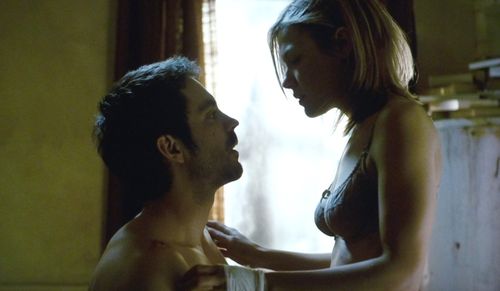 The AVC encoded image (1.85:1 aspect ratio) presentation captures a more reserved visual mood for the series, with much of the action handed a basic BD execution. Colors are minimal, with much of the film electing browns and sickly greens to communicate the dreary new world order. Hues are stable, but rarely provide punch. Detail is acceptable, though hardly invigorating, with good textures on the vampire effects, while the rest of the cast is slightly pulled back. Cityscapes are preserved through solid shadow detail, with most encounters taking place at night. The disc looks fine, never extraordinary, suiting the no-budget tone for the piece.

The 5.1 DTS-HD sound mix jumps between moody scoring cues and turbulent action beats. Directionals are extraordinary, with much of the violence emerging from aural jolts, covering for the limited scope of the piece. The vampire activity is shrill but always threatening, with shrieks and roars permitted huge life on the track. Dialogue is modest but consistently clean, finding intimacy to the ghoulish picture. Low-end is active, saving itself for larger bursts of gunfire and hurled bodies. French, Portuguese, and Spanish tracks are also included.

The feature-length audio commentary with co-writer/director Ben Ketai and producer J.R. Young is a straightforward track, with the filmmakers calmly walking through the film scene-by-scene to deliver production information. The conversation is lively enough, and I appreciated how the twosome share technical accomplishments and location nuances with the listener. Being someone who wasn’t aware of the original comic book series, I found this track to be helpful getting the viewer to understand inspiration and execution.

“Graphic Inspirations: Comic to Film” are a series of short featurettes that highlight the similarities between the original comic book and the feature film adaptation.

“The Gritty Realism of ‘Dark Days’” (10:07) is the official making-of featurette for the feature, with cast and crew interviews illuminating motivation, filmmaking challenges, and the ferocity of vampires. Scattered BTS footage is interesting, keeping the featurette moving along. However, a warning: this mini-doc does contain some major spoilers. 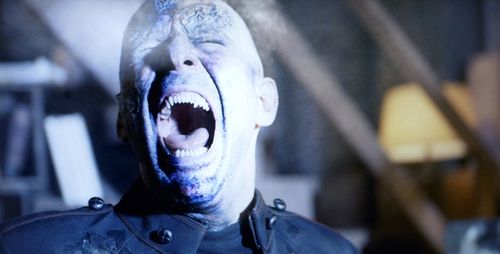 “Dark Days” is small time, but reasonably effective. Trading Danny Huston for Mia Kirshner as vampire royalty is a welcome development, along with a macabre “Pet Semetary” style closer that either promises more disturbing events to come or provides startling finality. At the very least, the sequel sniffs out a more intriguing core to the “30 Days of Night” mythos, trading bitter cold and barren locations for a more centered, indoor DTV punch. 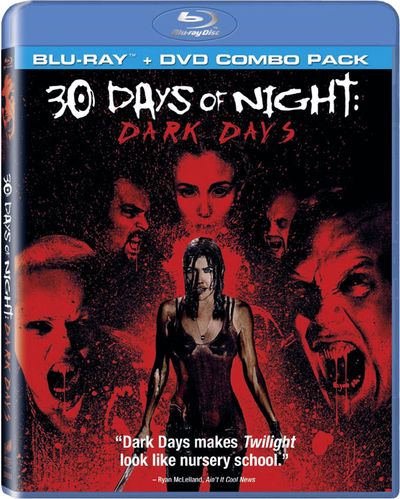 It seems to me that you're either a shill for the production or a contrarian. The first film had a terrific premise and execution..This is a Blade knockoff. Erudite and elegant vampires I can do without. The original, FAR better than this drek, was a gritty violent balm against the "Vampires are suave" theme that so pervades the culture in recent days. This is just lame...I write this, by the way, in the house of one of the lead vampires, who has given me the film to watch.
The female lead is engaging, I will say, and Harold Perrineau can make anything better than it should be...But the film deserves it's Straight To Video status. Every move is telegraphed, every moment is one that we've seen before. There is nothing in here that rivals a husband chasing his wife, who's being dragged under houses by a deranged vamp.

....and, damn, I forgot my angry comment against the Horror Heroine Uniform. The blood soaked tank top-complete with hair hanging in the eyes.Stupid stupid stuff. Maybe the writers of the comic did write this, but they needed a visual sylist to bring it some level of decent life.....In my opinion, though. It was written by a 14 year old boy whose never seen breasts.