Reliving the Summer of 1990 - Week Twelve 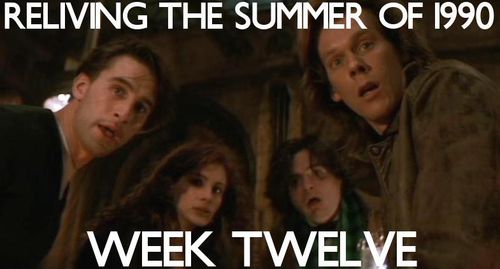 Cheating death with the “Flatliners” and flying the unfunny skies with “Air America.”

Nutshell: Eager to discover the mysteries of the afterlife, Nelson (Kiefer Sutherland) has roped in his medical school classmates, hardheaded David (Kevin Bacon), perve Joe (William Baldwin), demure Rachel (Julia Roberts), and arrogant Randy (Oliver Platt), to help him die, but only for a few minutes. Testing the limits of lifelessness, the gang takes turns teasing death, only to find they’ve awoken dormant figures of profound guilt, who’ve come back to torment the gang at their moment of triumph. 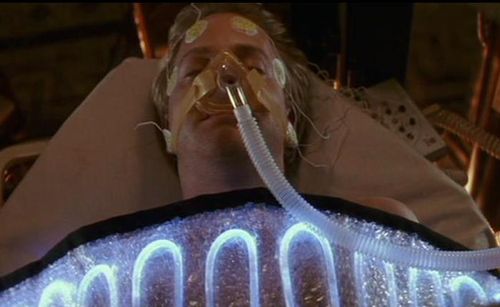 1990: There once was a time when it was easy to be energized by a Joel Schumacher film. In the late 1980s and early 1990s, Schumacher carved out a glossy spot in Hollywood detailing the lives of the young and hair-conditioned, making a name for himself directing such hits as “St. Elmo’s Fire” and “The Lost Boys.” Schumacher was gold with green talent, placing these beautiful things in ornately designed visual environments, puffing up cinematographic overkill to present a slightly askew vision of cutting edge entertainment. For a moment, Schumacher was pretty darn sweet.

“Flatliners” stormed theaters in the summer of 1990 boasting a troubling marketing swirl that suggested afterlife horror, sold by a cast of up and coming talent, with Miss Julia Roberts, newly crowned princess of Hollywood after the spring release of “Pretty Woman,” helping to nudge the buzz along. It was a mini-event movie, if only for the sheer amount of blue steel actors in the thing, making it irresistible to kids looking for a blow-dried matinee thrill.

Accepted for its crude elements of suspense and hysterical ding-dong-dead antics, “Flatliners” provided the necessary chills, with Schumacher conducting an ethereal descent into the spinning bravado of medical students searching for glory by cheating death. The script ultimately takes an unexpected left turn into spiritual consciousness, trading vicious slasher strikes for hugs and forgiveness, which threw a young me for a loop (I initially condemned the ending as “too soft”), but the overall competitive mentality of the movie was utterly captivating, allowing the film to fill a “cool” requirement and fry nerves a touch as a superb thriller.

For Schumacher, “Flatliners” supplied another hit for his filmography, but it was the last of his liberated imagination, soon fitted for a snug blockbuster belt as the years led the director to the “Batman” franchise, injecting frustrating irregularity into his cinematic output. Yet, “Flatliners” remained an intoxicating, smoky triumph, highlighting the helmer as a visual maniac who once made gloriously strange genre movies for a strange audience.

2010: I’ve never been too far away from “Flatliners” growing up, but revisiting the film for the diary brought me back to the green-tinted dead zone after a long break, to a point where it was almost like watching the feature for the first time -- a cheap but welcome kick that rocketed me back 20 years, to a time when Julia Roberts was just a mediocre young actress with an addiction to pouting.

Seriously, have you seen “Flatliners” recently? All Roberts does is mope around and push her lips out cartoonishly, as though a monofilament line has been tied to her kisser, with Schumacher controlling the “pout degrees” from behind the camera.

Count me in as a firm fan of this movie. Granted, Schumacher’s visual design of the film is complete malarkey, staging delicate medical school business inside of dingy libraries and crumbling churches, giving the picture a gothic thunderclap to accompany the deathbed daredevil antics. With weeping statues, a radiation-exposed color scheme, whiplash camera moves, and an autumnal nip in the air, the filmmaker doesn’t ask much for logic, only undivided attention. And Schumacher earns that concentration with a cracking creeper boasting firmly impassion performances (sans Roberts) and a stable pace that flows around the individual nightmares of the four spooked students (mercifully, perennial ham Platt isn’t allowed an E-ticket to Hell).

“Flatliners” remains a corker, and I’ve come to accept the film’s move from horror to healing over the years, finding the switch a smart play on flabby genre habits. Expecting the characters to be forever tormented by their afterlife demons, “Flatliners” instead looks to confront misdeeds -- treating sin not as a killing blow, but as a reversible sentence. Perhaps it’s my old age coming up for air here, but I enjoy how the picture goes warm blooded in the final act, supplying a fresh angle to a script that seems more than willing to engage the routine as soon as Nelson taps on death’s door.

I don’t know why David feels the need to rappel down from his apartment window after being kicked out of school, why a medical university would allow cadavers to be examined inside of what appears to be a sewer lit by a single firefly, or why Joe’s video camera delivers the image quality of an 8mm Bolex. These are questions asked of a movie that plays by its own rules, looking to entertain through a comfortable, compelling design of earnestness and gonzo screen energy. It’s meant to be a rush, silly. Just kick back and enjoy the time spent inside Schumacher’s mind, which I assume resembles a disco on fire.

In a fun twist of fate, I viewed “Flatliners” on the same day I strolled over to the local theater and paid to see Schumacher’s latest, “Twelve.” It made his accomplishment from two decades prior appear even more vital and entertaining. My, how the mighty have fallen.

Nutshell: Sent to Laos in 1969 to reclaim his life as a pilot, Billy (Robert Downey Jr.) joins “Air America,” a covert C.I.A. airline that deliver supplies, drugs, and weapons to the area during the Vietnam War, despite a skittish government back home denying any involvement. Bonding with ace pilot Gene (Mel Gibson), Billy takes to the bumpy skies, doing his best to stay in the air as he soars over hostile land. Soon comprehending the criminal gravity of his voyages, Billy looks to disrupt the airline, while Gene, looking forward to retirement, tries to talk the young pilot out of any rash revenge scenarios.

1990: Sadly, I don’t have much of a dynamic story to share for “Air America.” It was an unremarkable VHS discovery after its feeble run in theaters did nothing to entice me to see it, quickly becoming one of those titles that elicit a, “Oh, Mel Gibson was in that?” response when brought up in conversation.

Sold as a freewheeling Vietnam comedy, it’s not hard to spot why the film failed to catch much fire at the box office, despite a lead turn from Gibson. 1990 was a kooky year for Mad Mel, with “Air America” joining the likes of “Bird on a Wire” and Franco Zeffirelli’s “Hamlet” to mark a distinct turning point for the actor, who took his “Lethal Weapon 2” payday and decided to shake up his career with a variety of scripts requiring specific acting adventures. While not outright bombs, the three films didn’t provide the moviegoer reassurance I’m sure Gibson was anticipating.

Still, “Air America” was handed a fair theatrical shot, attempting to shadow the marketing run of “Good Morning, Vietnam,” counting on military irreverence and Gibson’s marquee value to pack theaters. Audiences just didn’t feel the need to return to the lighter side of war, despite a rare invitation to join Martin Riggs and the future Iron Man in a cockpit of wackiness.

2010: There’s really no way to address “Air America” today without chatting up Mel Gibson. And there’s no way to chat up Mel Gibson without carefully tiptoeing around recent events in his personal life that have revealed a man who’s misplaced his good sense, or never had any to begin with. Gibson is still an actor after all, and in 1990, he was a walking wet dream to some, which is why I’ll play it cool and remind everyone there’s a more pressing issue at hand here than any tabloid headline or hyperventilating phone call. Nothing about Mel Gibson today changes the fact that “Air America” is a bland and bloated bore. A completely uninteresting movie.

Being a Carolco production, plenty of money was thrown around bringing “Air America” to life, and the film looks marvelous bombing around moist Thai locations, corralling a wide range of aircraft to fill out these unfriendly skies. Director Roger Spottiswoode certainly makes a pretty picture, but he can’t quite ignite the pilot light, submitting a film of grandiose visual effort, but almost zero personality. Despite its enticing A-list star, “Air America” is a completely forgettable motion picture, struggling to drum up excitement with meager action beats, stillborn comedy, and a plot of shifting morality that’s robotically executed from a cast able to provide panic with some panache, but never sincerity.

Going for a cheeky “MASH” twist of ridicule, “Air America” fumbles its satiric swipes and historical horror, instead more interested in atta-boy camaraderie between Gibson and Downey Jr. (who fail to spark up any chemistry) and the occasional explosion over mounting any full-throated political voice. It’s a buddy comedy in the wrong arena, using the shock of war as a backdrop to American tomfoolery, reflecting a frustration with a government poker face and the general shifty shading of the Vietnam conflict. The story’s clear enough, but there’s no life between plot points. Spottiswoode relies on the bigness of it all to push on though, but “Air America” never finds a righteous pace -- it’s an expensive ghost town mood with two handsome leads spending their screentime mentally cashing their paychecks.

When I saw this film for the very first time, it was mostly forgotten by the end credits. Nothing much has changed. “Hamlet” had Shakespeare, “Bird on a Wire” had Goldie Hawn upskirt shots, but “Air America” was a vibrantly photographed void, only requiring Gibson for the poster. It was a lull in his mighty career, but I suppose the argument could be made that he has it much worse these days.

I try to keep it short with an unlikely thirdsies. 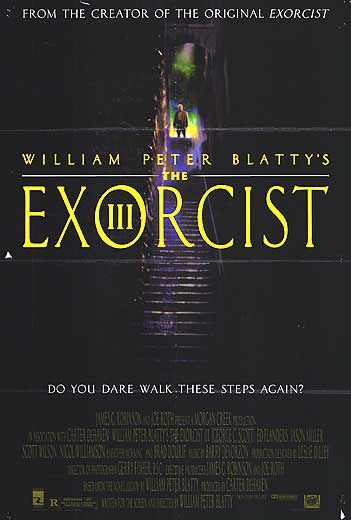 And Steve Martin and Rick Moranis do an amazing impression of desperate clowns. 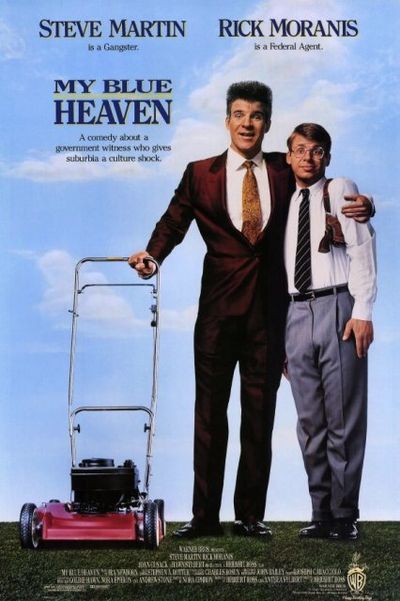