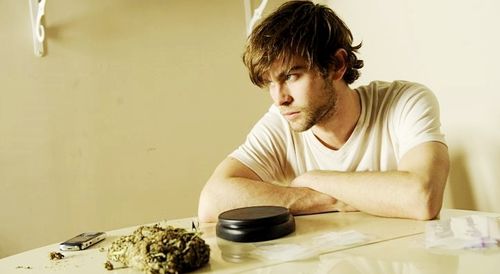 In 1985, director Joel Schumacher made a name for himself dramatizing the lives of the young and pouty in “St. Elmo’s Fire.” In 2010, Schumacher updates his take on the state of the youth union with “Twelve,” an unsavory piece of dreary, mindless ick from a director who can’t seem to get his act together these days. That is, if he ever had an act to begin with.

On Upper East Side of Manhattan, the boarding school generation is home for vacation, their pockets flush with cash passed along by parents who want them out of their sight. Self-absorbed, beautiful, and drawn to ugly behavior, the teens are ready to party the night away, consumed with acquiring popularity and drugs. Enter White Mike (Chace Crawford), a promising college student destroyed by the death of his mother, talking to the business of drug dealing to pay the bills, supplied by volatile pusher Lionel (Curtis “50 Cent” Jackson). Jessica (Emily Meade) is a dim-bulb with plenty of cash, soon finding herself desperately hooked on Twelve, a liquid designer drug. Also floating around this world is Chris (Rory Culkin), a virgin who’d love nothing more than to be deflowered by snotty heartbreaker Sara (Esti Ginzburg); Claude (Billy Magnussen), Chris’s unstable juicer of a brother; and Molly (Emma Roberts), an innocent teen friend of White Mike who doesn’t have a clue he’s up to no good.

“Twelve” is an elongated story of spoiled brats with nothing in the way of redeeming human qualities. Don’t we already have E! and The CW for crap like this? Of course, “Twelve” takes itself very seriously, with material pulled from the novel by Nick McDonell, giving Schumacher a sense of literary importance to work with or hide behind, depending on your point of view. It’s a Salinger-lite take on the wounds of youth, gifted puffing narration (passages from the book) from Kiefer Sutherland, who’s here to remind the audience that the nonsense onscreen is meant to retain some form of bleak poetry. It feels more like exploitation and just plain old-fashioned lousy filmmaking -- a tuneless pass on the cruelty of entitled youth and their clichéd, shirtless debauchery. 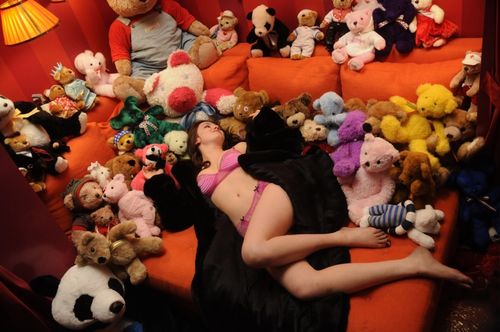 Schumacher doesn’t show a particular control over his film, randomly slapping together a collection of subplots intended to create a community of affluent sourpusses. There’s a murder mixed up in here as well, along with the normal routine of drug addictions, mommy and daddy neglect issues, and clique brutality. The story is nonsensical and hilariously melodramatic at times (White Mike spends the night in the bowels of a roadside construction project to connect to his mother’s burial), with the director unable to connect the relationships organically, leaving huge gaps in logic I’m sure the book was careful to fill. “Twelve” is a mess, but Schumacher wants it to be an awfully pretty mess, having his beautiful actors prance around delivering ghastly performances (swimsuit model Ginzburg wasn’t hired for her vast Shakespearean training), with special attention paid to Culkin, who barely bothers to stay awake during his scenes, and Magnussen, who’s been branded the nut of the film, spending his screentime overacting to a piercing degree.

These kids smoke weed, drink, gossip, text, whine, have sex, and die (rather comically too), and there’s just not a single reason to care about any frame of it. Schumacher doesn’t agree, delivering hilarious moments of sacrifice and humiliation as if his film is going to make a difference in the lives of others. Much like the rest of his recent output, Schumacher would be lucky if anyone besides dutiful film critics even see this unforgivably ridiculous turkey. 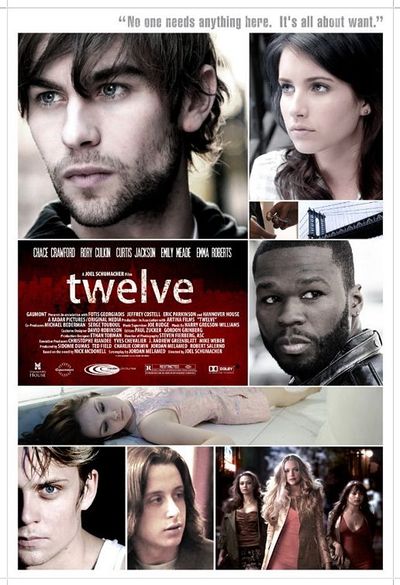