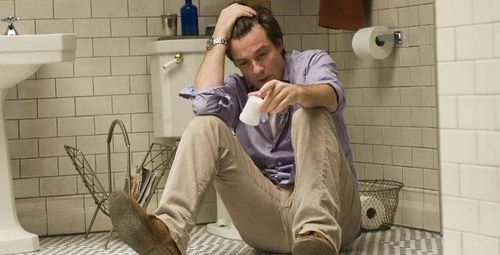 “The Switch” takes a sitcom concept and humanizes it to a lovely degree. It’s not the funniest film of the year or the most emotionally engaging, but there’s a charisma in play that keeps it awake, boosted by efforts from Jennifer Aniston and especially Jason Bateman, who bring an unbelievable amount of personality to a potentially virulent comedy.

Kassie (Jennifer Aniston) and Wally (Jason Bateman) have been together for quite some time, finding life easier more as close friends than lovers. When Kassie announces her intention to have a baby, the move triggers odd feelings inside Wally, who can’t quite come to grips with her decision. At Kassie’s pregnancy party, where the mom-to-be has hired studly Roland (Patrick Wilson) to provide some of his essence, a drunken Wally decides to swap his batch into the donation cup after an accident washes the original fluid down the drain. Seven years later, Kassie brings her young son Sebastian (Thomas Robinson) to Wally’s attention, who can’t believe how much the kid resembles him. Bonding with the boy, Wally begins to comprehend his long lost actions, while Kassie starts to snuggle up to Roland, the newly single man she believes is Sebastian’s father. 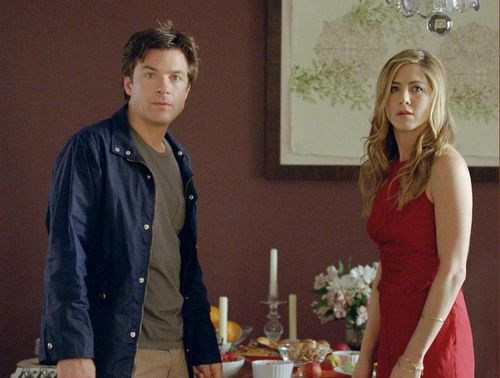 For a film about swapping sperm, “The Switch” is a surprisingly complicated film to explain, and for that I give credit to screenwriter Allen Loeb (working from the short story by Jeffrey Eugenides), who takes special care of this delicate situation. I described the picture earlier as a comedy, but that’s not exactly correct, as much of the film stays in a sentimental holding pattern, examining wacky miscommunications along with softer issues of jealousy and longing. The picture offers an unexpected sweet side, generously exploring the experience of newfound parenthood, glazed with anticipated sugar, but nothing that suffocates the tenderness on display.

Considering their last film was Will Ferrell’s figure skating farce, “Blades of Glory,” directors Will Speck and Josh Gordon find an approachable atmosphere for “The Switch,” trying on an introspective side to buttress the laughs and tug the heartstrings. Armed with a few inventive visual ideas and appealing cinematography from Jess Hall (“Hot Fuzz, “Son of Rambow’), the filmmakers achieve inviting warmth with the picture that’s uncommon. Again, the premise seems like something pulled out of the “Three’s Company” rejected script pile, forcing Gordon and Speck to find a tempo to the endeavor that allows for laughs, but endearment as well, as Wally gradually becomes aware of his tipped-cup switcheroo, but also his ease with fatherhood. The directors deserve credit for restraint, as I’m sure the pull toward slapstick and caricature was unbelievably strong. What’s most surprising about “The Switch” is Jason Bateman, who really steps up as a leading man with this picture. Finding the needed colors to pull off such a neurotic, lonely guy, Bateman makes Wally a believably conflicted character, not just a sarcastic fellow waiting around for the third act starter pistol to spill his guts and sprint for the climax. I was completely won over by Bateman’s performance, enhanced greatly by his chemistry with co-star Aniston, who also provides a pulse in a less critical role. The two work beautifully together, but in terms of laughs, nobody tops Jeff Goldblum, who swoops in to steal scenes as Wally’s disorientated officemate.

“The Switch” lunges for heart in the final reel, but the move feels earned, with plenty of clichés covered, but amiably staged. Though sold as pure silliness, the picture has an encouraging weight to it that makes it float evenly, pushed along by actors and filmmakers invested in extracting the sincerity out of a coldly wacky premise. 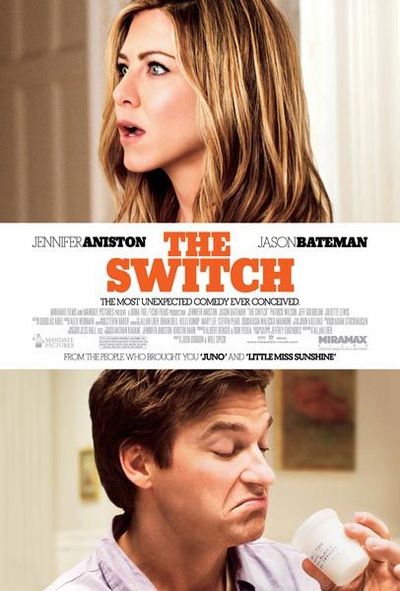