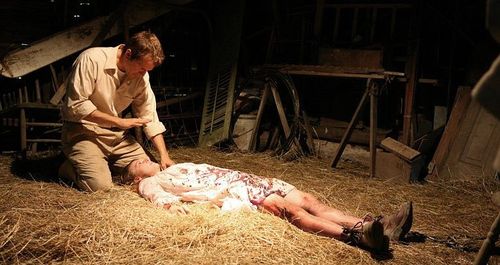 The goal for a “found footage” horror film is to achieve realism. There has to be a sense of authenticity to the chicanery, otherwise it’s nothing but community theater leftovers covered by lousy camerawork. Picking up where “Paranormal Activity” left off, “The Last Exorcism” travels even further into absurdity, unable to construct a genuine mood to make the nightmare standout. Instead, it’s a film that spends 80 minutes calling attention to its own artificiality, when the intent is clearly to draw viewers in using the suggestion of reality.

A disillusioned evangelical minister, Cotton Marcus (Patrick Fabian) has invited two documentarians along on a trip into the bowels of Louisiana, where he will perform one last exorcism after years of conning the faithful. Meeting nervous father Louis (Louis Herthum) and his suspicious son, Caleb (Caleb Landry Jones), Cotton and the crew are introduced to Nell (Ashley Bell), a virginal teen who’s exhibiting signs of demonic possession at night. Arranging his traditional sham exorcism routine, Cotton carries out his fraud on Nell, confident he’s offered the family peace of mind. Unfortunately, Nell isn’t free of the demons, with Cotton and the camera crew caught up in something far more sinister. 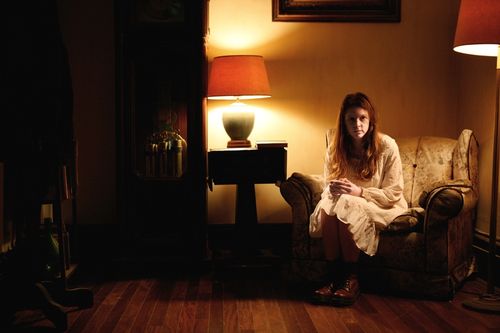 The concept is stale, but brawny execution might’ve made “The Last Exorcism” stand up and shout like a terrific, suspenseful genre picture. Instead, director Daniel Stamm only marginally urges the material into dark corners, attempting to establish the documentary angle as a way to construct a feral horror experience by removing the barrier of fiction to create a more disturbing vision of demonic visitation. The early going at least makes an effort to dupe the audience, displaying a semi-believable veneer of realism, watching Cotton worm his way into easy money with his tricks, earning the family’s trust while the camera catches his sleight of hand.

For most audiences, what Stamm is aiming for here is enough. The film provides a surface feel of spooky occurrences and unlit suspense, playing up the POV chills as the camera heads into the unknown. Look deeper, and the picture is a muddled pass at realism, with scoring cues helping to goose the suspense, a cast of established actors (Fabian’s been working in television since 1992) indicating up a storm when they sense the camera is locked on them, and a general cheating of angles to capture the dark magic (this single camera crew suddenly becomes three lenses when the exorcism scenes flare up). There’s not much logic to Stamm’s vision, which pretty much disposes of the documentary structure when all Hell breaks loose in the second half. If Stamm wanted a standard horror experience, he should’ve committed to drama. Instead, he’s only half-realized the film’s perspective, leading to confusion and, worse, immediate disbelief. 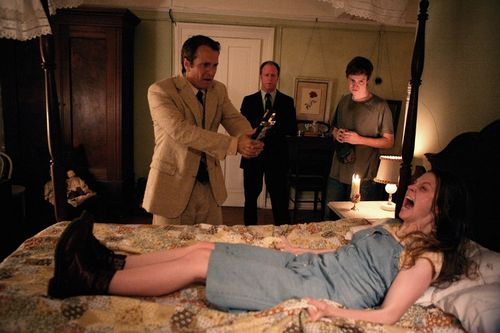 “The Last Exorcism” touches on an intriguing crisis of faith for Cotton, but doesn’t explore it to any satisfying degree, preferring to veer into cliché overkill, with a ridiculous twist finale that appears tailor-made for cheap drive-in cinema thrills, while further inflating the feature’s rather brazen illogic. Comparisons will be made to “The Blair Witch Project,” which is a fair film to introduce into the conversation. The difference is, the 1999 blockbuster felt out all four corners of the concept to create a trembling sense of doom. “The Last Exorcism” simply abuses the guise of reality to play as pedestrian as it can. 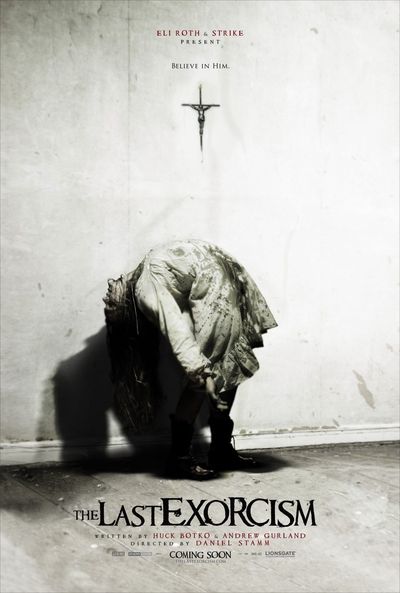