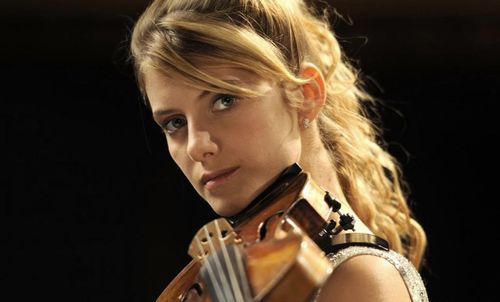 It’s fitting that the Weinstein Company picked up U.S. distribution rights for the French comedy “The Concert,” as it falls right in line with the harmonious Euro imports they employed in the 1990s to dominate art-houses and, eventually, suburban multiplexes. A combination of feel-good sitcom antics and lush symphonic movements, “The Concert” is moderately tolerable sunshine cinema, perhaps best reserved for a moviegoing escape during a rainy afternoon.

His spirit and life broken when the Brezhnev regime destroyed his orchestral conducting career at the Bolshoi in 1980, Andrei (Alexei Guskov) has spent the subsequent years in a depressive funk, hoping for a chance to conduct again. Intercepting a fax from a desperate French theater hurriedly seeking a replacement orchestra, Andrei seizes the opportunity, assembling a band of unpracticed musicians from all walks of Russian life, sneaking over to France to unite this ragtag group. Needing a remarkable violin soloist to pull off his beloved Tchaikovsky, Andrei enlists the services of Anne-Marie (Melanie Laurent, “Inglourious Basterds”), a troubled woman unsure of the frazzled conductor’s skills, but drawn to his passion.

Director Radu Mihaileanu aims to please with “The Concert,” creating an appealing story of comedic deception and dashed dreams that never truly catches fire. Employing stereotypes and cultural minutiae, the director offers a slice of Russian life worn down by past political humiliation and indoctrination, with Andrei’s gift of music angrily yanked away 30 years ago, forcing him to take a janitorial position at the Bolshoi just to remain intimate with the music. Holding to that pain, Mihaileanu builds a comedic journey as the rejuvenated conductor attempts to pull together an orchestra, looking to hide the invitation from his superiors and fly the gang to France. While not madcap, “The Concert” finds a good amount of comedic mileage out of the rehearsal process, following Andrei as he strains to keep this golden opportunity to reclaim his life afloat. 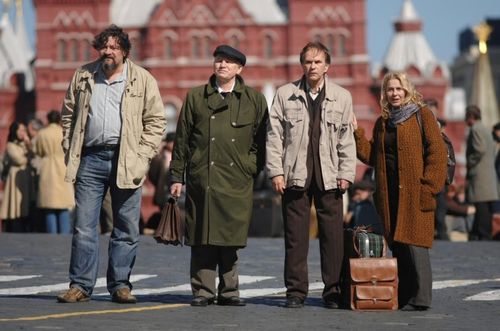 "The Concert” has energy, but it plays with a kitten touch, never coming across uproarious or all that dramatically inviting. It deals with bitterness and anxiety, but doesn’t offer much depth, preferring to eschew intensity to observe the actors delicately work their way around scripted troubles. It’s a smart move from Mihaileanu, who’s assembled a lovely team of faces to feel out the idiosyncratic group of semi-pro musicians. Guskov is exceptional as the frantic conductor, a broken man facing a genuine shot at soulful restoration, returning fear and glory to his life. Also winning is Laurent, who executes melting ice with exceptional minimalism, gifting the character with small movements that express so much.

“The Concert” bounces back with grand finale of performance and catharsis, bringing the film to an unexpectedly satisfying closer. For all the lukewarm execution found in the first two acts, Mihaileanu achieves a gentle push of emotions to finish off the film, finding a welcome heart that wasn’t there before. In an art form where endings are everything, “The Concert” leaves a winning impression. Had the rest of the film matched the closer’s sincerity, there might’ve been something truly remarkable to celebrate here.