“The American” tells a common story of a hitman at the end of his rope. It’s a “one last job” effort with a conflicted protagonist, a bevy of smoldering Euro actresses suffering from an allergic reaction to clothes, and a few flashes of violence to crack the meditative veneer. Despite the routine of it all, the picture does have George Clooney, who delivers impressive work as the death dealer in question, instilling this composed, near static motion picture with adequate gut-rot while director Anton Corbijn makes the Italian and Swedish locations simmer with both foreboding and tempting qualities. It’s not the ingredients that make “The American” flavorful, but the execution.

After an ambush in rural Sweden shakes his tenuous sense of peace, assassin Jack (George Clooney) retreats to a small Italian village to sort matters out, attempting to deduce who ordered the hit on him. A low-key man with a gift for mechanical repair, Jack is given orders to prepare a weapon for enigmatic killer Mathilde (Thekla Reuten), allowing him an opportunity to bury his whirring mind in the manufacturing process. During his stint in town, Jack falls for Clara (Violante Placido), a local prostitute who responds to the hitman’s pain, and while the two form an unexpected relationship, Jack is confronted with an additional attempt on his life, filling him with paranoia as his latest job comes to a close. 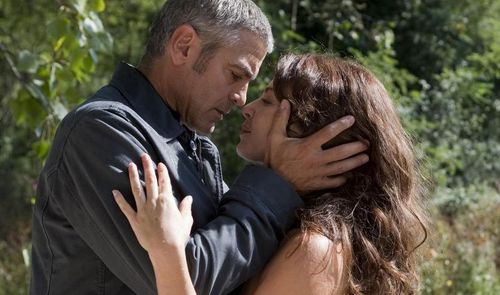 Adapted from Martin Booth’s 1990 book, “A Very Private Gentlemen,” “The American” is a puzzling concoction of tones and speeds, centered on Jack’s acidic suspicion as he carries on with this life and vocation, knowing full well something is out there waiting for him. Furthering his interest in reviving the sensation of challenging ‘60s/’70s cinema on the screen, Clooney commits to a volcanically introspective thespian effort, bringing Jack’s communication down as low to the floor as possible, preferring to survey the world around him from behind a cup of coffee rather than interact with it. It’s a sensational performance from the gaunt star, who communicates a lifetime of caution with every close-up, building Jack as a man with a weakness for female companionship, but acutely aware of his exposure inside a foreign land.

Music video maestro Corbijn (last seen with 2007’s “Control”) meticulously designs “The American” to make proper use of the sumptuous locations, playing with peaceful countryside landscapes (what better place to test a high-powered rifle) and the tight, crumbling corners of Italy, where Jack slips around seemingly unnoticed, conducting business and evading assassination attempts. Neatly composed and observational, Corbijn pulls as much tension as he can out of the stasis, exploring Jack’s routine and distrust through extended takes, stewing in the discomfort for as long as the film allows. It’s a European approach to rusted thriller mechanics, but the filmmaker narrowly gets by, preferring to bathe in the mood rather than hurry it along with cheap theatrics. This glacial approach to suspense will undoubtedly frustrate many, but the reward for patience is a distinctive psychological hold that bears intriguing fruit along the way, including the exploration of a hesitant relationship between Jack and Clara. 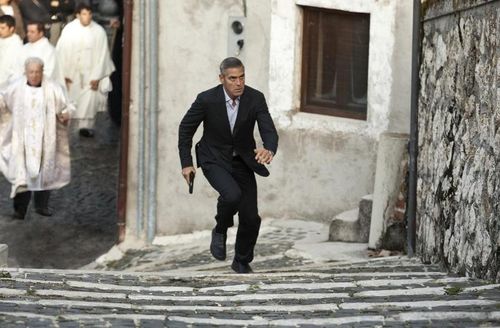 Jack’s experiences in the village tend to reinforce the feature’s thin screenplay, focusing on cautious interactions between the killer and a local priest that introduces a woefully clichéd spiritual discussion. Additionally, a character bit with Jack and his interest in butterflies lays down some uncomfortably cryptic symbolism, weakening the film’s incredibly frigid approach. Corbijn doesn’t feel the need to explain much, smartly electing to hand the finer dramatic particulars to Clooney, but there are moments of misbegotten philosophical tangents that encumber the movie, keeping it away from more hostile acts of engagement, where the cast shines best. Pursuing soulfulness is expected, but “The American” is best served in a state of internalized panic. 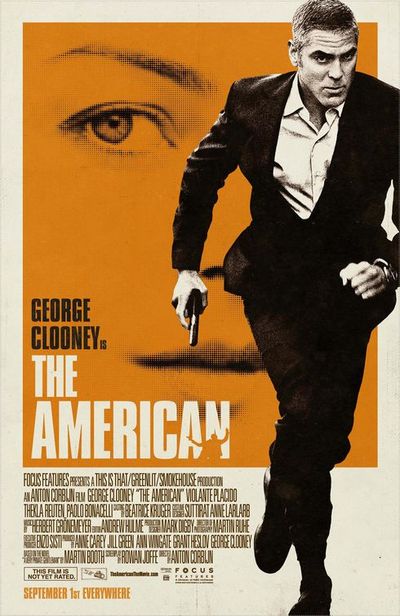