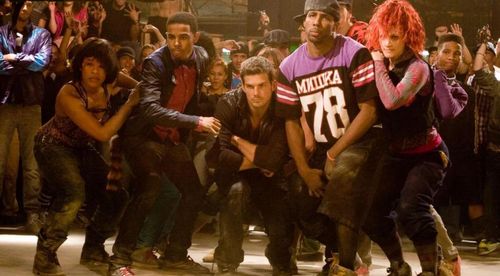 The “Step Up” franchise (it burns my fingers to type that) spent two movies trying to dance its way into the hearts of audiences. “Step Up 3D” wants to do the robot right into your lap. Taking furious body movement and kindergarten scripting into a new dimension of exhibition, this latest sequel offers a novelty that immediately makes it the best of the series. It doesn’t take much to climb that mountain of recognition, but there’s a bit more pizzazz to devour here, helping to wipe away the ceaseless stupidity the production seems dangerously proud of.

Off to NYU to study engineering, Moose (Adam Sevani, “Step Up 2 the Streets”) has put away his crack-like dancing habits, looking to embrace adulthood with BFF Camille (Alyson Stoner, “Step Up”). However, once arrived, the spirit drives Moose to boogie, which catches the eye of amateur documentarian/dance guru Luke (Rick Malambri), who brings the boy into his Lost Boys lair of dancers, hoping his unique moves will help win an upcoming dance battle. Also keeping Luke busy is Natalie (Briana Evigan lookalike Sharni Vinson), a limber temptress who takes a shine to the wannabe filmmaker, but her dark secrets hold her back from truly loving him. As tempers flare, mortgages go unpaid, and Nikes are lusted after, the crew struggles to come together as a unit, looking to Luke and Moose to lead them to victory. 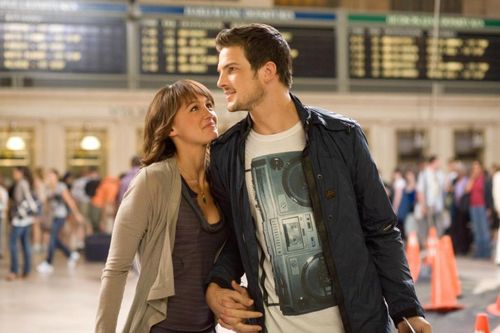 The “Step Up” series has always come across as an updated version of the “Breakin’” pictures, but this second sequel really turns up the electric boogaloo to make an impression. Shot with actual 3D cameras (as opposed to the awful post-conversion process), the film has a pleasant visual pop that seems a perfect fit for the berserk dance sequences sprinkled throughout the movie. It’s an organic 3D look that director Jon Chu (returning from his “Step Up 2 the Streets” duties) exploits marvelously when the feature catches a wave and dances the night away. It’s not exactly “Avatar,” but Chu rolls out plenty of cheap 3D gags (bubbles, lasers, floating ICEE) to keep the screen alive with whimsical business, finding entertaining ways to position the actors so they’ll battle right on the tip of your nose.

“Step Up 3D” should have remained in a state of movement, for when the script is attended to the whole film deflates. There’s actually a story here of indistinct sincerity, sold by an abysmal cast who have no business in the world of the dramatic arts. The acting is uniformly atrocious, with Sevani a particular screen poison, cursed with a scene-smashing smirk that won’t wipe away. The conflict is pure Disney Channel fluff about financial woes, the chasing of dreams, and Nike fetishism (the film is bursting with product placement), but the script doesn’t even try to find an edge, serving scripted tripe to unprepared actors, making the dramatic stretches of the movie a real pain to sit through. The feature should’ve cut footloose and stayed there. 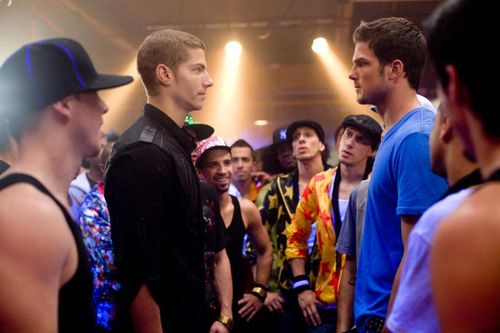 Chu has no real directorial chops to speak of, though he’s pushing himself with the dance sequences, sweating to keep the hip-hop heart beating, while tending to his own tastes, which manifest itself in an overtly fanciful moment that features Sevani and Stoner working out a Gene Kelly-style number on the “streets” of New York. Cute, but it’s hard to enjoy a piece of the past when the rest of the action is devoted to cruddy, tuneless rap songs and jerky, floppy choreography. It only reinforces how graceless screen dancing has become.

Growing consumed with negativity watching “Step Up 3D” is to be expected, as there’s so much malarkey to wade through to get to the good stuff. And the good stuff isn’t even that good, merely colorful and outstretched, providing a fleeting 3D thrill. One can only hope the next sequel will do away with a story altogether and stick solely to the business of ants in the pants. 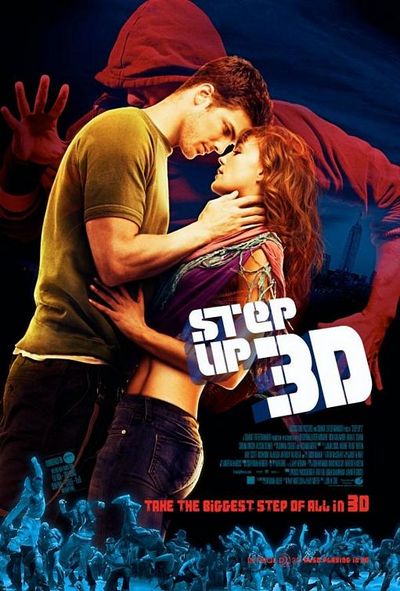