As an American, I’m accustomed to tales of dog ownership in film to skew toward the cute and cuddly, or perhaps the outright tragic. The animated endeavor, “My Dog Tulip,” holds no such ambitions, preferring to tackle the event of canine companionship as an occasion to itemize instincts and bodily fluid minutiae. Initially, it’s an unsettling proposition, but the deft filmmaking language soon takes over, bringing J.R. Ackerley’s 1956 book to life in a most surprising and offbeat manner, turning the daily business of pooch ownership into a flavorful cinematic poem.

Directors Paul and Sandra Fierlinger attack Ackerley’s book with a respect for its internal monologue presentation, providing an episodic series of encounters for the elderly author (voiced by Christopher Plummer) and his active, young German Shepard, Tulip. For Ackerley, the idea of pet companionship was foreign, brought to his attention when the prospect of finding new human friends appeared much too daunting and tiresome. Giving in to a creature consisting primarily of unconditional love, Ackerley turned within, carefully noting the canine’s exploits as she visited veterinarians, enjoyed the great outdoors, and fell into heat, leaving the harried owner with his hands full as the unlikely pals slowly bonded over the course of 16 years.

An independently minded production, “My Dog Tulip” was animated on a paperless computer system, which retains a hand-drawn visual interpretation while removing the heavy labor demands of traditional animation. The look for the picture is a whirlwind of moving, peculiar images, alternating between gorgeous displays of personality and location, and more satiric jabs, imagining Tulip’s adventures in a comical, anthropomorphized fashion. Leaving the rough edges intact, the Fierlingers bestow their film with a stunning animated personality, eschewing glossy industry trends to provide wondrous intimacy as Ackerley empties his head, delivering a breathless series of thoughts on Tulip and society in general, commenting passionately on his daily interactions. While Plummer’s performance is an endearing beast of combative emotions, the animation captures his authority beat for beat, creating something that amuses and enraptures at the same time. 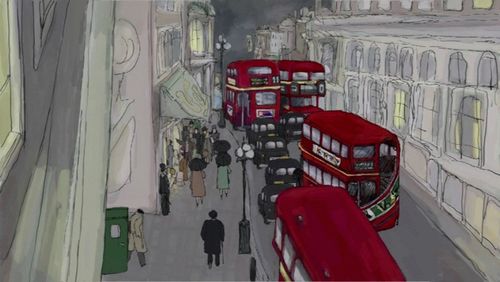 “My Dog Tulip” is sentimental about the connection between man and dog, but the screenplay always avoids the most obvious channels of syrup. Helping the film inch away from overt sentimentality is Ackerley’s fixation on Tulip’s bathroom habits and breeding need, which take up a major portion of the film. Sold with humor, blunt animation, and a curiously graphic tone (avoiding cheap laughs), Tulip’s daily activities provide a welcome jolt to the material, giving the film a sharp pinch of reality in terms of dog ownership, which, from my estimation, is primarily built around what goes in and out of the canine’s applicable holes. The film isn’t shy about highlighting the rituals of pet cleanup, employing the events to speak on the nature of dogs and their impression of polite behavior.

Cordially constructed, witty, and surprisingly insightful, “My Dog Tulip” is an odd picture, but one of immense personality, seizing a tone of companionship that’s honest and real. It’s a film that drops the coos and the sweetness to present dogs as they typically stand: filled with barks, waste matter, and protection for their beloved masters. 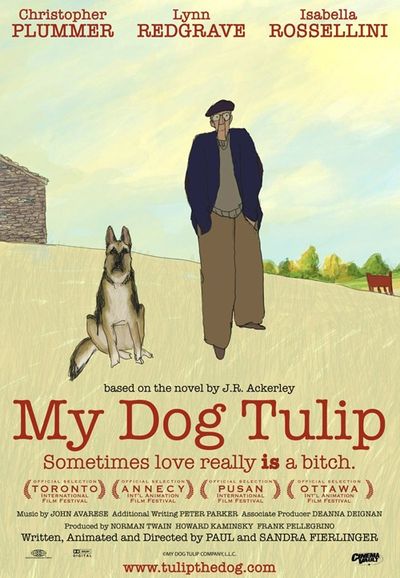