As tales of sadistic criminal behavior go, the French picture “Mesrine: Killer Instinct” is one of more vividly paced offerings I’ve seen in recent memory. Crisply assembled by director Jean-Francois Richet, the feature is a sprawling tale of violence, audacity, and desperation, funneled through an electrifying performance from star Vincent Cassel, who plugs directly into the sickness of the titular character, communicating his rage and quest for infamy with some of the most impressive acting of Cassel’s career.

Returning home to France after time spent in the military inside Algeria, Jacques Mesrine (Vincent Cassel) isn’t interested in a daily job or a structured life, preferring to join a criminal organization led by kingpin Guido (Gerard Depardieu). Rising in the ranks due to his loyalty and criminal skills, Mesrine quickly becomes a force to be reckoned with, electing a life of danger over the needs of his family, including wife Sofia (Elena Anaya). Soon taking a like-minded mistress (Cecile de France) and moving to Quebec, Mesrine searches for a simpler life after a few foul stints in prison cool his ambition. However, with his survival instincts impossible to contain, Mesrine escalates his troublemaking, thus turning the crook into a media sensation. 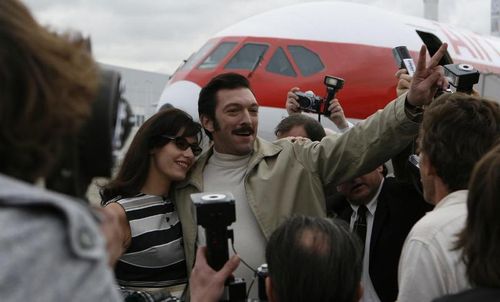 “Killer Instinct” is actually the first half of a two-part motion picture (the second film, “Public Enemy #1,” is due for release soon) from Richet (2005’s “Assault on Precinct 13” remake), detailing the life and times of this notorious gangster, who stole plenty of headlines during his reign in the 1970s. Overflowing with sex and violence, it’s easy to see why Mesrine’s life would make proper cinematic fodder, allowing the filmmaker to broadly depict the turbulent rise and fall of a villain -- pure catnip to most directors working today. Yet, Mesrine’s life doesn’t stop at guns and glares, it continues on into a complex psychological framework of deliberation, isolating a raw nerve of a brute who, try as he might, couldn’t play by the world’s simple rules for domestic happiness.

Thankfully, “Killer Instinct” doesn’t make Mesrine out to be a hero, spending more time observing his criminal enlightenment, where acts of abuse and theft filled the enforcer with a grotesque lust he never had the opportunity to fully explore before. It’s a miracle piece of acting from Cassel, who makes Mesrine into a dimensional figure when so many of his acts are incredibly repellent and destructive, with nary a concern for the well-being of others. Mesrine is a feral beast, yet Cassel finds degrees of eye-twitching introspection, infusing the role with a captivating aura of purpose, helping to balance out the bloodshed. Cassel doesn’t shape a sympathetic character out of Mesrine, but he does humanize the ghoul through his remarkable performance, showing the impulses that take Mesrine on a ride through underworld glory and prison torture. Wisely, Richet keeps his camera trained on Cassel for as long as he can. 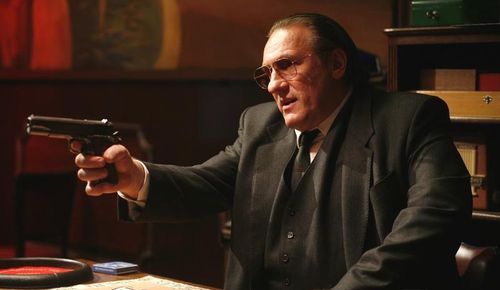 With another film on the way, “Killer Instinct” shuts down rather abruptly in the end, leaving viewers stranded in the middle of this extraordinary story. Cinemus interruptus, for sure, but there’s an assured bright side: two more hours with Cassel and his victorious performance as the eponymous bastard. 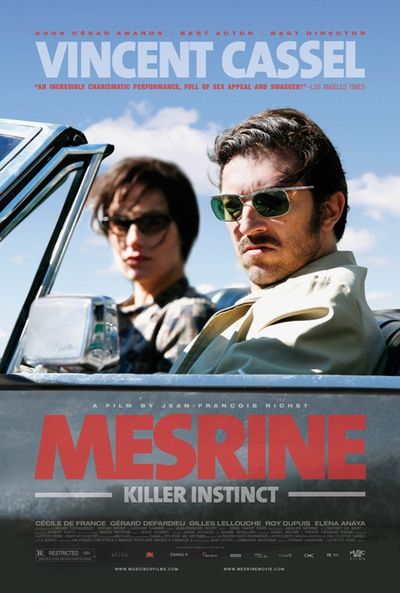