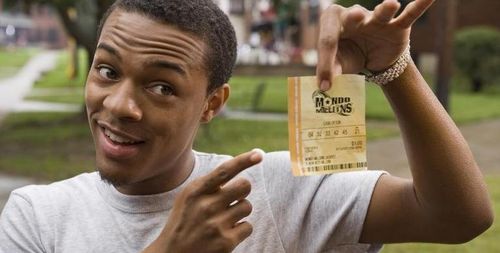 For a high concept piece of fluff, “Lottery Ticket” sure has a cumbersome conscience. A feisty urban comedy bloated with feeble social messages, the picture carries a decent tune until it feels the need to preach to the audience, hoping to indulge the fantasy of easy money while providing all the guilt that comes with the loot. It’s understandable that producer Ice Cube would want to recreate his “Barbershop” success, but “Lottery Ticket” can stand up straight without getting dizzy.

Dreaming of a life as a shoe designer, Kevin (Bow Wow) is stuck in a dead end community of thugs and gossips. With the city in the throes of lottery fever, the timid young man decides to play numbers found inside of a fortune cookie, only to learn the next day that he’s won the jackpot. With an upcoming holiday weekend keeping him away from immediately claiming his winnings, Kevin is forced to navigate the demands of his friends (Brandon T. Jackson), gangsters (Keith David and Terry Crews), his grandmother (Loretta Devine), his best girl (Naturi Naughton), and the neighborhood bully (Gbenga Akinnagbe) on his way to a truckload of cash he doesn’t know what to do with.

“Lottery Ticket” has a lot of energy in its favor, building up a familiar but workable comedic concept with a handful of diverse characters who all have their eyes on Kevin’s prize. At the very least, director Erik White keeps the first half of the picture alert enough to entertain, leaning on the idiosyncratic, jittery gifts of the cast to provide required jolts of response, playing them off one another efficiently to create a comical community hysteria. “Lottery Ticket” finds a marvelous momentum in the early going, with an accomplished turn from Bow Wow that carries the exasperation of the script, while the supporting cast fills the blanks with their gun-toting oddity. 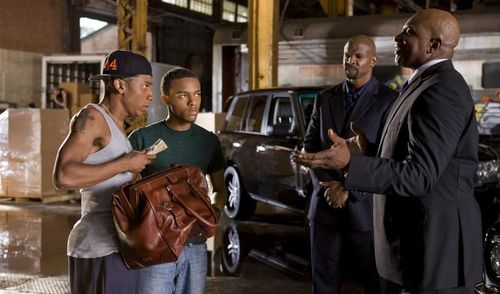 I laughed quite a bit during the picture, but White doesn’t know how to sustain a good thing. Honestly, the film is a sloppy effort, with the director unable to create a consistent visual mood for the piece -- a realization underlined during foot pursuit sequences, where White jerks over to obnoxious handheld mode to cover what looks like a group of stuntmen who didn’t make it past the first chapter of their “How to Parkour” instruction books. There’s no rhythm to the movie, with anything hopeful generated from the innate goofballery of the cast (Mike Epps and Ice Cube also make appearances), not the filmmaker, who’s quickly faced with rather intense bouts of drama and no clue how to execute such a drastic shift in tone.

As Kevin’s woes with the ticket deepen, the film attempts to shovel in a message on community pride and the value of friendships, laying guilt on the nervous kid as he’s threatened by all unsavory types. The shift fractures the film’s funny bone, not to mention coming across insincere, as if ordered by the studio to root the film in some faint form of trivial morality. Hogwash. “Lottery Ticket” is far spryer as an extended farce, not homework, where it can generate money-grubbing madness without the burden of reality. 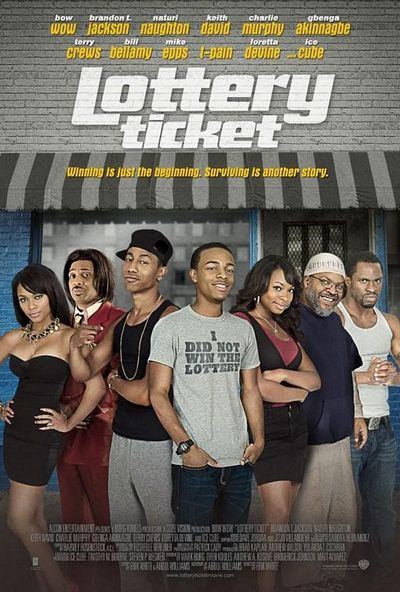