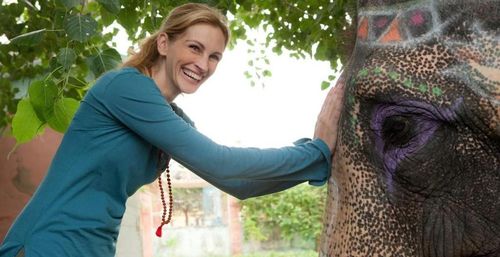 For a film that runs 135 minutes, I walked away from “Eat Pray Love” with a pack of unanswered questions. Surely such an unnecessarily extravagant running time could supply some sense of the lead character and her pesky inability to control…I mean, understand the men in her life. A story that celebrates selfish behavior without ever examining the necessity of self-worth, “Eat Pray Love” is a hornet’s nest of irrational behavior, wrapped up snugly in a smug, shallow, and diseased feature film that does a masterful job brainlessly wiggling around for an interminable amount of screentime.

Liz (Julia Roberts) is trapped in a seemingly pleasant marriage that she grows to loathe with each passing day. Feeling suffocated, Liz divorces her free-spirit husband, Stephen (Billy Crudup), to move in with bum actor, David (James Franco), only to find the cycle of domestic distress returning. Again ditching her commitments, Liz seeks out her spirit overseas, traveling to Italy to lose her vanity through gobs of food, India to reclaim her spirituality, and Bali to find love with sensitive divorcee, Felipe (Javier Bardem). Finding the cleansing process enlightening, Liz still suffers from a soulful blockage she’s cannot get past, threatening her happiness all over again. 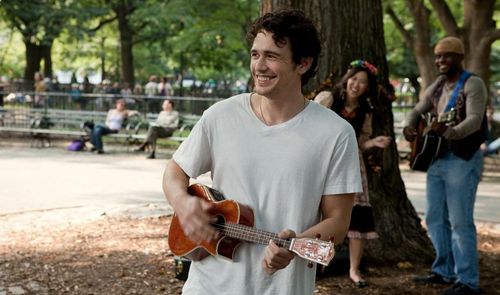 I haven’t had the pleasure of reading Elizabeth Gilbert’s popular 2006 novel, “Eat Pray Love,” but now I wish I would’ve done my homework before sitting down with the feature film adaptation. Without literary familiarity, the feature is a withered assemblage of insufferable behavior and baffling motivations, pressed together sloppily and glazed with a sticky layer of faux spirituality and lionhearted feminist moxie. Maybe the pages provided an accurate read of Liz’s inner-monologue and emotional tempest, but the film makes her out to be a self-serving ghoul.

Co-written and directed by Ryan Murphy (known for the “Glee” cult phenomenon, but also the architect of the 2006 bomb, “Running with Scissors”), “Eat Pray Love” is utterly confused, incapable of finding humanity inside of Liz that would illuminate her crisis of heart. I’m not offended by the character’s personal dilemma, only the filmmaking, which disregards critical moments of psychological process between the bedroom offenses just to keep the weightless story trucking along. The viewer is never allowed a moment of comfort with Stephen or David before Liz abandons them, making the lead character look cruel and superficial, not a woman deserving of special emotional consideration. The effect isn’t helped by Roberts, who lazily leans on her braying acting tics to cute up the cold-hearted role, making Liz a distasteful creature with frustratingly unspecified goals. She wants to eat, pray, and love, but spends most of the film cackling, crying, and cutting spiritual corners. Murphy looks to make Liz a hero to all women by film’s end, but she never earns the crooked halo. 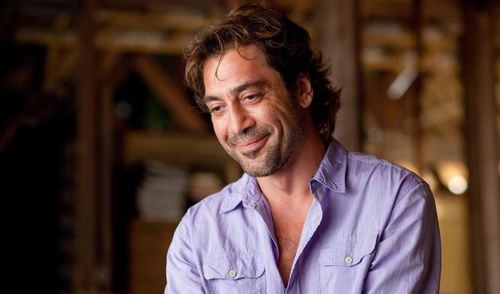 Juggling the demands of the heart with meditative comfort (her ashram partner is portrayed by Richard Jenkins, having an off day), food porn (though I don’t know how appetizing it’s to watch Julia Roberts slurp up pasta), and lush travelogue imagery, Murphy smartly plays to the senses, blinding the audience with close-ups of calories and sunsets to help skate right over the patchiness of the storytelling. And for all the teary struggle to break free from men, the difficult path to confront her vicious lack of self-worth and reach a soft-focused oneness with the universe, Liz ultimately finds redemption in the arms of a man. It takes 135 minutes for this film to end up right where it began. 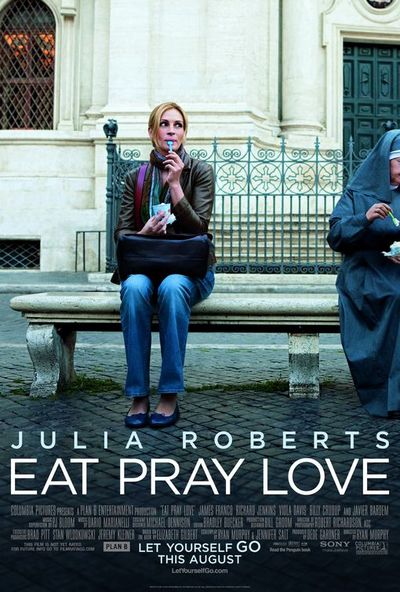 The book is exactly as you described the movie. So to be fair... the screenplay is very close to the source material. Liz Gilbert is not a very likeable character and it amazes me that her story is so highly thought of. Especially after she received a $200,000 advance from the publisher to take the journey. Her journey felt contrived and lacking any emotional depth. Plastic and boring.