Huffing only the finest Coen Brothers fumes, “The Square” is a cracking Australian thriller that packs a staggering left hook. Dire, frantic, and unfailingly engaging, the picture marks the feature-length directing debut of former stuntman Nash Edgerton, and I hope there are plenty more movies to come from this fellow. He has an incredible knack for the genre and terrific eye for casting, shaping this outwardly mild picture into a rowdy ride of volatility and underhanded happenings.

Raymond (David Smith) and Carla (Claire van der Boom) are neighbors carrying on an adulterous affair, waiting for the moment they can run away with each other, leaving their stale lives behind. To help convince Raymond of her commitment, Carla looks to steal a bag of money from her crook of a husband (Anthony Hayes), to which her lover suggests a tragic house fire to cover their tracks. Hiring an arsonist (Joel Edgerton) to pull off the dirty deed, Raymond finds his master plan flushed down the tubes when everything goes wrong, pushing him into a series of violent setbacks that involve witnesses, suspicions, and previous sins, all waiting their turn to make Raymond’s life utter hell.

Certainly, the premise of “The Square” is not a spry piece of originality, actually assuming an ordinary stance as Raymond embarks on the worst few weeks of his life. It’s a scheme done for love, with a pretty blonde and a bag of cash promising a fresh start, away from suburban routine, wives, and a dreary construction foreman position with little use for his perfectionism. Edgerton pours a familiar brew to open his motion picture, but the ensuing sips reveal tantalizing twists and turns, taking our not-so-innocent hero down a path of total destruction as everything spoils, forcing the meek everyman to go rogue, not only to secure his future with Carla, but also to stay alive. 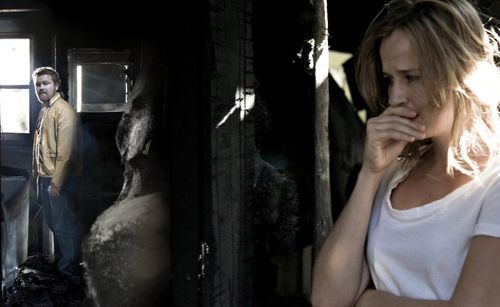 Edgerton, working from a script written by brother/co-star Joel Edgerton and Matthew Dabner, keeps the hits a-comin’ with “The Square.” Perhaps not the most polished thriller in recent memory, the film gets incredible mileage from its low-budget foundation, with a righteous dirty fingernail atmosphere to compliment Raymond’s panic.

Hit from all sides, Raymond’s desperation twirls wonderfully, with the director staging precise sequences of suspense and confrontation, organically building surprise as the criminal undertow pulls the protagonist down into the depths of pressure. The script feeds into the tension through not only direct opposition and suspicion, but via snail mail as well, with Raymond prodded along by a series of Christmas cards demanding money for silence. With everyone a potential enemy, Raymond starts to lose his mind, frantically covering his misdeeds with greater misdeeds, as only the finest thriller traditions demand.

Mindful of fingernail-chewing suspense and sharp, menacing performances, “The Square” is a feisty concoction, boiling over to a shocking finale that kicks the viewer in the gut. Though less stylistic and cheeky, “The Square” recalls the finer points of “Blood Simple,” and introduces a major filmmaking talent to the scene who understands the utter joy that comes with detailing complete psychological devastation. 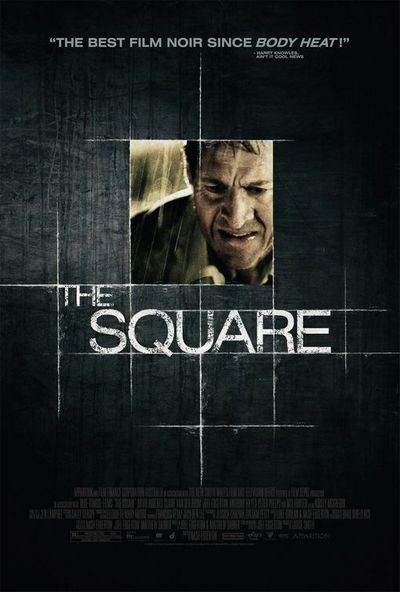