Attempting to balance the cerebral with the suspenseful, Alex de la Iglesia’s “The Oxford Murders” is a wonderfully compelling mess of a movie. It’s tricky trying to bond Hitchcockian flair with lecture hall semantics, but the director works his tricks with ace visual consideration. However, there are gaps in characterization that are too wide to comfortably leap, with more attention paid to the homework of the plot than its human appeal.

Off to the University of Oxford to continue his education, Martin (Elijah Wood) seeks the guidance of his idol, Arthur Seldom (John Hurt), a leading mind in the mystery of mathematics. Hoping to convince the professor to become his thesis supervisor, Martin instead encourages the ire of the old man, who has little patience for an untested mind. Happening upon the dead body of an acquaintance together, Martin and Arthur hastily strike up a partnership; both men are eager to deduce the motive of the killer but incomplete clues soon lead to a second homicide. With numerous suspects in play, Martin is overwhelmed, but keen to prove himself, soon distracted by an unstable musician (Julie Cox) and a sexed-up nurse (Leonor Watling) -- two mysterious women who take immediate interest in the diminutive American.

An adaptation of Guillermo Martinez’s popular novel, “The Oxford Murders” is a knotty whodunit that plays into a heated “Da Vinci Code” formula as the director follows Martin and Arthur uneasily arranging a language of logic to best serve the investigation, engaging in a war of vast minds while the clock ticks down to another murder. Having orchestrated numerous dark comedies before (“Day of the Beast,” “Ferpect Crime”), Alex de la Iglesia plays it mostly straight here, trusting in the long-windedness of the script and its inherent alien nature to those who might’ve failed to pick up on the intricacies of “logic series” while in school. The story is wet with theorems, symbols, and clues, which compel the director to accentuate the thriller overtones, electing to Hitch up the joint with a series of dazzling suspense set pieces, each pasted together with meticulous artistry and operatic detail. 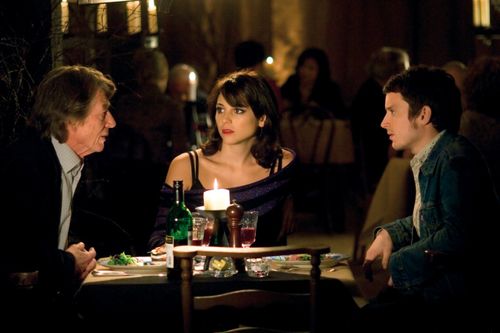 When the film craves excitement, it does a superb job getting the viewer into the thick of things, displaying two men of analytical minds squaring off over the vagueness of murder, poking around each other for vulnerabilities. The acting services the exposition well (no shock here, but Hurt sells the complexity with more refinement than Wood), but the brutally abrupt nature of the editing erodes the performances. The director pushes through moments hurriedly, allowing natural relationships to wilt, turning the film into a tiresome arrangement of whiplash motivations and reactions. The most troublesome area in the film concerns Martin and his bewildering sexual pull. The character has to beat the ladies off with a stick in the movie, without anything in the script explaining why these two women would so quickly bend to his needs. Perhaps an hour or two was gutted from the film before release, as the entire picture retains a texture of stitches, feebly covering for missing information.

“The Oxford Murders” builds to a few revelations, as the thriller handbook demands. None are as convincing as the mystery that precedes it, but there is an unsettling end point of chaos, leaving the viewer with something bitter to chew on. It’s a sharp ending to a dulled film, successfully capping off a picture that makes intellectual superiority and logical discussion into an occasionally snappy ride. 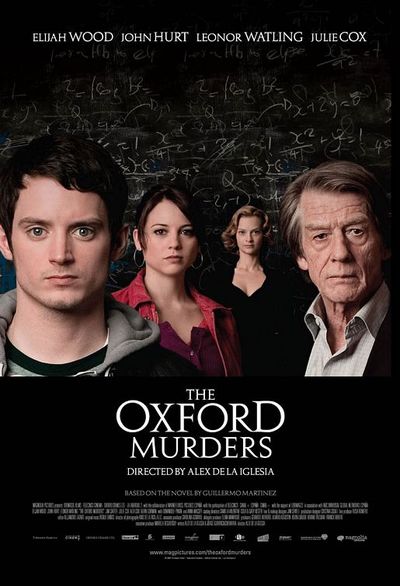 I recommend you take up a new hobby. The Oxford Murders is so bad, so inexplicably, stupendously, take a crap on your foot bad, that by giving this movie a grade of B- you have taken all you've worked for in life and thrown it down the toilet.