Film Review - The Girl Who Played with Fire

Promising a formidable series of thrillers with “The Girl with the Dragon Tattoo” (released earlier this year), the producers have decided to step up the pace, bringing the next chapter in author Stieg Larsson’s celebrated “Millennium Trilogy” to theaters with alarming speed. “The Girl Who Played with Fire” suffers from the demanding production push, losing the vast talents of director Niels Arden Oplev to settle more directly in the tar of exposition and adaptation with filmmaker Daniel Alfredson. While still engrossing and pleasantly twisted, the second chapter in the Lisbeth Salander saga suffers from a flat storytelling approach, which doesn’t encourage the suspense in the same urgent manner as before.

Now on the run, Lisbeth (Noomi Rapace) has severed all ties with her former sleuthing pal, journalist Mikael (Michael Nyqvist), looking to set up a fresh life for herself. Trouble comes calling when a young colleague of Mikael’s, an ambitious writer named Dag (Hans Christian Thulin), is murdered and Lisbeth is framed for the crime. Believing in her innocence, Mikael takes up Dag’s work investigating a sex trafficking ring with ties to powerful men, hoping to learn enough to clear Lisbeth’s name. Carrying out her own reconnaissance, Lisbeth finds dark secrets from her scarred past returning to the light, while a hulking blonde killer who cannot feel pain stalks the night, on the hunt for the young girl and the information she’s protecting. 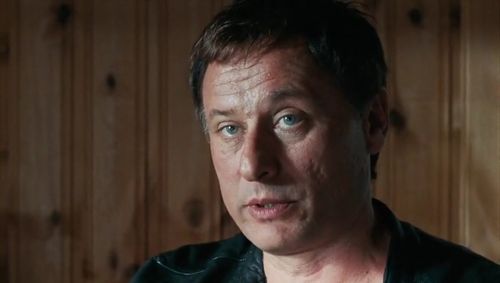 Due to Oplev’s cinematic touch, “Dragon Tattoo” could be appreciated as a sturdily constructed thriller with bold international flavors, and not just as an adaptation of a best seller. It was violent, sinister, repulsive, and alive with suspense, careening through a maze of characters and motivations while keeping tension its top priority for 150 minutes. “Played with Fire” doesn’t retain the same priorities, retreating to more stable ground as a direct projection of the page, holding to the novel’s vacillation without much in the way of necessary exaggeration. Alfredson doesn’t fumble the material, but he rarely challenges the plotting, keeping steady on the particulars of the tale without kicking anything into overdrive. It’s a disappointment, but it doesn’t smother the movie’s appeal, only decreasing its lasting impact.

With colossal killers brandishing Bondesque attributes, a boomerang tale that returns Lisbeth’s haunted past to her front door, and plenty of room made for heated sexual encounters, “Played with Fire” would have to stumble profoundly to spoil Larson’s ingredients. Alfredson dutifully captures the apprehensive mood of the story, positioning the characters carefully as the mystery is gradually unfurled. The coarse edges of the puzzle pieces are felt in the picture, and instead of efficiently snapping together and coming alive, “Played with Fire” is merely serviceable, running through the conflicts with a journeyman touch. It’s rarely dull, but it’s not nearly as inviting a witch’s brew as “Dragon Tattoo.” 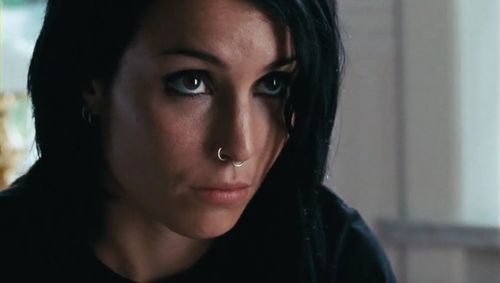 Maintaining the picture’s sour temper is Rapace, who’s marvelous in the role of Lisbeth, once again capturing a brooding goth intensity that makes the character a substantial threat, yet sympathetic. Though Lisbeth’s unwillingness to endure radical disguises to keep police attention away from her is a touch on the baffling side, the turmoil within the character is felt vividly once again. “Played with Fire” is primarily Lisbeth’s story, with the pierced hacker barely sharing any screentime with Mikael. The separation disappoints, but the divide is a compelling tool to bring these characters back to a place of discovery as the onion is peeled, with ghastly encounters waiting to devour Lisbeth as her memory is prodded further.

“The Girl Who Played with Fire” is steady and compelling, but hardly electric. Unfortunately, the next chapter, “The Girl Who Kicked the Hornet’s Nest” was pieced together just as quickly as the first sequel, dashing hopes for a return to form. However, with the tale now reaching a foul pitch of disease and familial connection, perhaps the story’s toxicity is more than enough to provide a rousing final jolt. 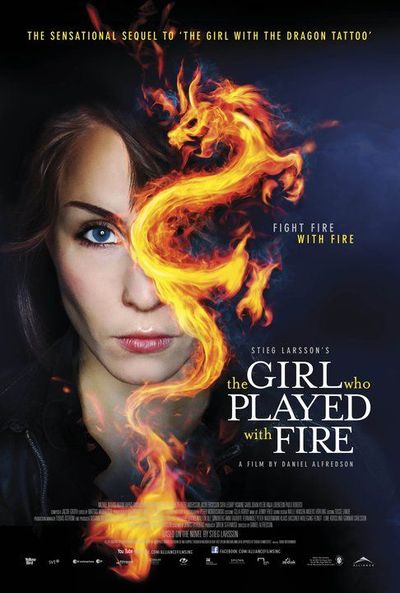