I wouldn’t classify “The Extra Man” as particularly motivated, but it definitely reaches for a level of eccentricity that’s just barely within its grasp. It’s a character piece, adapted from the novel by Jonathan Ames, delivered in an iffy fashion from filmmakers unsure of what they hope to achieve from such roving storytelling. Still, there’s a satisfying range of actors presented here who don’t exactly provide comfort, but they have a heck of a time feeling around the film for peculiar character beats.

Louis Ives (Paul Dano) has been fired from his collegiate teaching position, pushing the meek, literary-minded soul to try out New York City for a fresh start. Finding a roommate in failed playwright Henry (Kevin Kline), Louis soon becomes fascinated with the older man, studying his peculiarities, growing obsessed with his job as an escort for older women. Dealing with his own secret sexual tastes and a fixation on his co-worker, Mary (Katie Holmes), Louis looks to Henry to provide a sense of guidance, enchanted by the chaos of his finicky roommate’s life, looking to one day possess the same screwy self-confidence. 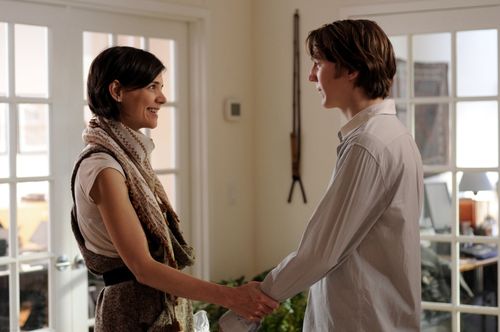 As the minds that drove the idiosyncratic 2003 feature, “American Splendor,” directors Shari Springer Berman and Robert Pulcini bring a similar colorful energy to “The Extra Man,” once again surveying the life of eccentrics on the verge of collapse. Aiming for something in the area of a black comedy, the filmmakers turn the picture into an episodic event, following Louis as his eyes are opened to possibilities of a life lived without inhibitions, led around by a possible liar and lousy womanizer drowning in his heavily practiced malarkey.

Setting a consistent tone isn’t what “Extra Man” is trying to do. It’s a wandering piece, looking to cherry pick the best conflicts and surprises for the characters, but I was never convinced the film had a sense of humor, or much of anything for that matter. Instead, it’s a parade of oddity without much of an emotional hook on which to hang the outpouring of excessive behavior. The only real subplot that shows consistency in purpose belongs to Louis, who struggles with his urge to cross-dress, taking baby steps through hookers (a nice turn from Patty D’Arbanville) and transvestite make-up artists to find his true self, though fearful of what he might find. The bra-snatching excursion makes good use of Dano’s colorless screen presence, while supplying the film with an extended, convincing depiction of inner turmoil. The rest of the film only asks its characters to float in and out of the story, leaving little to click into.

As usual, Kline is memorable as the daffy roomie, keeping the hectic spirit of the film elevated while the filmmakers scramble to find something to say. Also contributing to the randomness wonderfully is John C. Reilly, here as a heavily bearded, intimidating pal of Henry’s, soon revealed to be in possession of a particularly squeaky voice. The actors do make a pleasant impression with their articulation of quirk, getting the film out of a few tight spots of stasis with their ability to surprise.

“The Extra Man” is easy to endure, but it doesn’t leave a lasting impression, despite a story that almost demands discomfort from the viewer. It’s never openly engaging, but there’s a certain mischief to the piece that pleases. 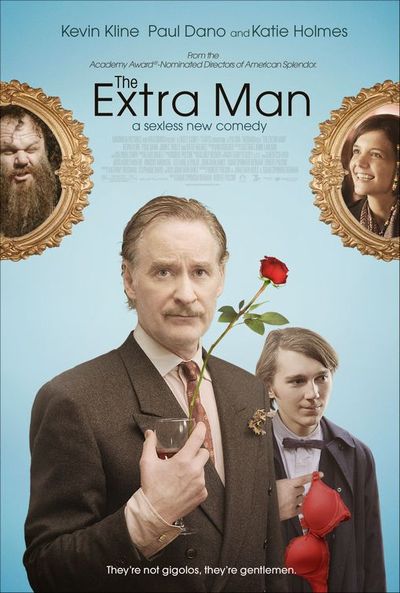