With the rabid success of shows such as “Glee” and “American Idol,” it makes sense that someone with a few bucks in their back pocket would come along to make an “inspirational” film about the lust for musical stardom. However, I wasn’t expecting a weirdo motion picture like this. “Standing Ovation” is a low-budget effort to meld the exhilaration of performance with the squeals of tweendom, throwing an impressive amount of oddity into the picture to make it stick. It’s amateurish, woefully acted by a majority of the cast, and features music even Miley Cyrus would be embarrassed to sing, but it’s certainly kooky. Compellingly so at times.

There’s a huge musical competition about to commence in New York City, and a nation of aspiring teen performers are all craving a shot at the prize money and a taste of fame. On the prowl are the conceited Wiggies and the 5 Ovations, a group of 12-year-old girls without much in the way of financial backing or industry contacts. Coming to their aid is Joei (Joei DeCarlo), a husky kid with a purse full of hurt, who wants to take the 5 Ovations to the top, bonding with lead singer Brittany (Kayla Jackson) along the way. Off to create music videos and hit records, the groups compete fiercely as the main event draws near, while Joei and Brittany attempt to settle an age-old score concerning a debt that tore both of their families apart.

The marketing for “Standing Ovation” promises “20 Original Songs & 14 Original Dance Numbers,” and that’s exactly what the film delivers: a wall-to-wall musical experience. With flashing lights, beaming tweens, and shrill pop music, the picture is the new “Citizen Kane” of sleepover DVD distractions, making a bewildering stop in theaters this weekend to pick up some theatrical release credibility.

Director Stewart Raffill (the man behind “Mac and Me,” “Mannequin 2,” and “The Ice Pirates”) aims big for his small potatoes production, endeavoring to drum up unstoppable excitement from the screechy cast and blinding performance sequences, which range from pop music riffs to Hollywood musical numbers, all highlighting a group of amateur actors having the time of their lives. The energy is commendable, but hardly infectious, with the film’s cacophonic soundtrack wearing out its welcome in a hurry. Shockingly, a few of the tracks are cover tunes, most notably “River Deep - Mountain High,” interpreted by the 5 Ovations as a beach party number with shimmy-heavy Tina Turner moves. How the producers could afford to mangle that Phil Spector jewel is a total mystery. There’s barely enough in the budget to construct believable sets. 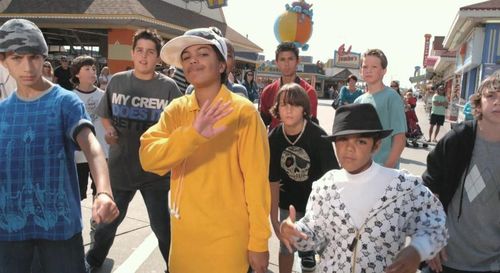 Kids sing and dance, pranks are executed, and Joei threatens mobsters with a cobra she keeps inside her purse. Wait…what? There’s a streak of oddity running through “Standing Ovation” that makes the film an instant curiosity, with most of the befuddlement centered on tough girl Joie, who looks and acts like a cross between Roseanne and Robert De Niro. DeCarlo’s performance is rough, but her natural Noo Yawk demeanor is a nice change of pace for this dainty film, with the screenplay only casually exploring her bizarre antics, as if it were totally natural for a prepubescent girl to run around with electric eels, scorpions, and snakes in her purse. Parts of “Standing Ovation” are downright Lynchian.

With scenes of underage gambling and some sexual overtones to the dance numbers, I don’t know how “inspirational” the picture is meant to be, heading rather brazenly into hard-PG territory, complicating matters with distasteful jokes involving vomit and flatulence. I suppose it doesn’t matter much, as “Standing Ovation” isn’t a terribly appealing film to begin with, though it sweats up a storm to please. 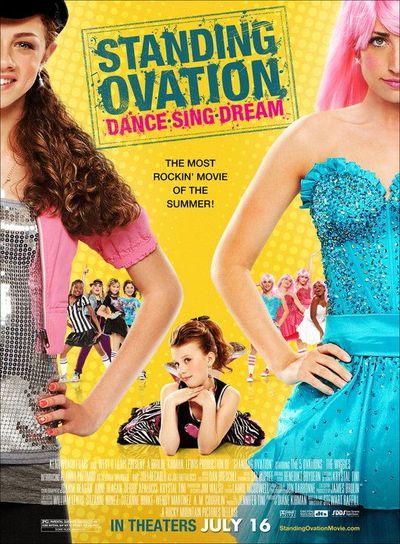 This was the weirdest movie I've ever seen. It was so odd that I could only get through 38 minutes....