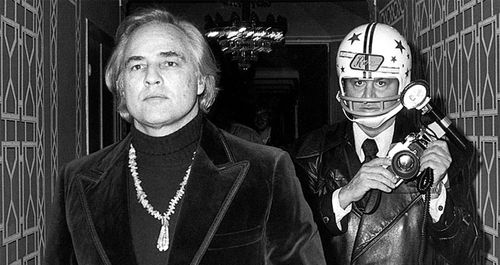 Art versus personal invasion is the premise that drives the documentary, “Smash His Camera.” A portrait of celebrity photographer Ron Galella, the film confronts the compulsion of paparazzi culture, isolating the experiences of its most famous member to explore the business of blasting the famous, showcasing a man who craved as much attention as his subjects. It’s an irresistible, illuminating documentary on a subject once thought glamorous, but now often resembles madness.

In the ‘60s and ‘70s, Ron Galella was the king of celebrity photographers, deploying an unusually aggressive style of pursuit to snap pictures of the famous and infamous, feasting on the promise of pure reaction. The photographs provided Galella with income, but they also offered him a bite of fame, a commodity he treasured above all else. Enlivened by his own press, Galella hunted his subjects with a cunning ferocity, finding a uniquely resistant target in Jacqueline Onassis -- the subject of his most celebrated photo and perhaps his greatest adversary. Galella’s fight to photograph Onassis turned the burly New York paparazzo into an icon of sorts, a reputation eventually sealed with one swing of Marlon Brando’s meaty fist.

Famed documentarian Leon Gast (“When We Were Kings”) settles in with Galella quite easily, finding the photographer open to a dissection of his career and methods of flash-bulb capture, strolling through the history of his work, with special attention paid to the war with Onassis. Galella is a rehearsed personality, welcoming cameras into his home, eager to share his experiences, with Gast molding a compelling look at a troubling vocation. “Smash His Camera” doesn’t seek to define the toxic world of celebrity journalism, only one of its most persistent, long-standing warriors; a man who gets off taking the pictures as much as he does appearing in them. 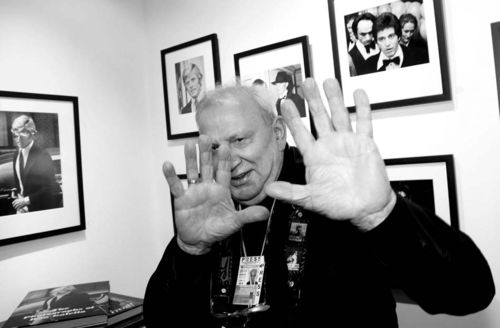 “Smash His Camera” probes into First Amendment discussions and brilliantly juxtaposes the paparazzi of yesteryear with the vulgar, omnipresent participants of today, where every last celebrity blink is covered by one million digital snaps. Gast offers the viewer plenty to chew on in terms of legality and morality, leaving Galella’s actions to speak for themselves -- and with cameras rolling, Galella is more than happy to play up his notoriety, taking Gast into a storage center where millions of negatives are kept, covering every star imaginable (yes, before you ask, that includes Pam Dawber). Galella’s shots are random, but striking, leaving a painful realization that while the pictures are acquired through dubious behavior, they retain an artful composition that cannot be denied.

Onassis sued him, Brando knocked his teeth out, but nothing has slowed Galella down. He still plugs away today, chasing the likes of Brad Pitt and Angelina Jolie, reaching an age where a new generation (dim-bulbs unable to identify John Belushi or Brigitte Bardot) has come to value his work as art, putting a man who was once considered slime by the Hollywood elite on a pedestal, right where Galella always thought he belonged. 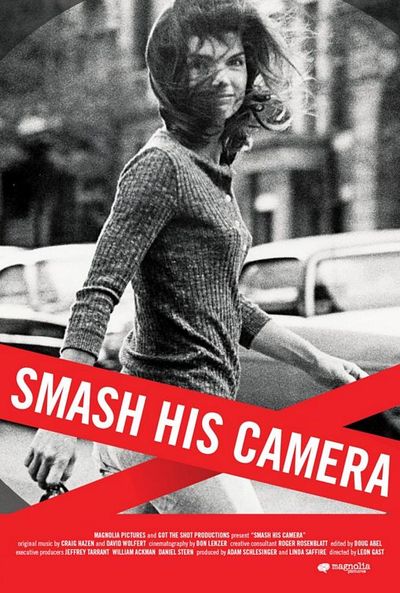