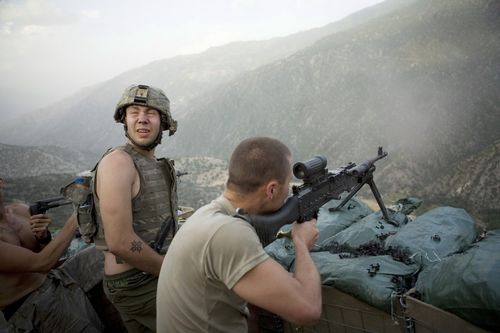 When “The Hurt Locker” won the Academy Award this year for Best Picture, it was rewarded for its unflinching view of wartime survival, taking viewers to the core of the Middle East conflict. The film did an extraordinary job manufacturing reality. The documentary “Restrepo” is reality, contributing a harrowing, emotionally pummeling you-are-there examination of Afghanistan combat, as viewed through the lens of embedded directors Sebastian Junger and Tim Hetherington. There are no politics or blustery commentary, just pure experience, capturing the raw commotion of military conflict.

The Korengal Valley in Afghanistan is viewed as one of the deadliest areas in the country, populated with hordes of hidden Taliban soldiers and struggling civilians. In 2007, the men of Second Platoon, Battle Company were sent into the region, commencing a lengthy deployment with hopes of establishing a foothold in the unstable area. Led by Captain Dan Kearney, the platoon founded a base of operations called “Restrepo,” named after a beloved medic killed early in the operation. Shaken, but dutiful, the unit spends the next 15 months of their lives struggling to bring some sense of progress to Korengal Valley, with cameras capturing the aggravation, violence, and camaraderie of the soldiers.

Here is a movie of great importance, a value not brought about by its soapbox or political leaning, but for its clarity of observation. Shadowing the company for over a year, Junger (the author of “The Perfect Storm”) and Hetherington have collected an amazing amount of footage, surveying both the nightmare and playfulness of the men as they try to make some sense out of a terrifying war zone. 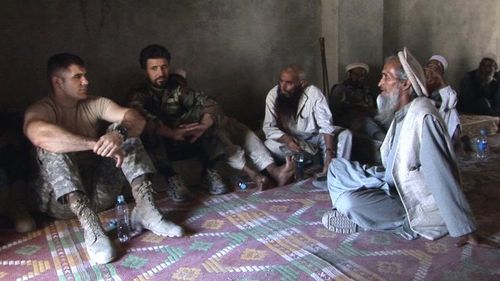 Rarely has life on the inside of Middle Eastern military duty been so minimally composed and authentic, placing the viewer directly into the eye of the hurricane. Much like the men of Second Platoon, Battle Company find mere moments into their arrival, there’s an undeniable rush of survival to mentally process, soon merging with unspeakable gravity as soldiers are killed and a feeling of futility sets in. “Restrepo” summons an elaborate range of emotions needed to reflect life on the inside, allowing the viewer to process the footage for themselves, with reserved use of talking head interviews and a complete absence of scoring.

“Restrepo” is a movie about faces. It’s about reading the crippling effects of war on the guarded reactions of men on the front line. The film has some difficulty transitioning from despair to distraction (through video games, music, and friendship), but the disturbance is felt profoundly, as interviewees attempt to communicate their time in Restrepo without losing their composure. Matters intensify immensely mid-movie, as the company embarks on “Operation Rock Avalanche,” a move that uproots the men from the bunker to maneuver through the Korengal Valley, where Taliban forces are waiting for them. Here, death is confronted head-on. While respectfully edited to keep the gruesome details to a minimum, the psychological implosion is shown in its most naked state of disbelief and amplified anxiety. It’s unforgettable.

“Restrepo” isn’t always easy to watch, but it should be required viewing. Portraying war in its most scattered condition to reflect its primal reaction, this documentary cuts through all the analysis and detachment to provide a unique jolt -- a needed smack of realism to help return focus to the brave men fighting for their lives and ours. 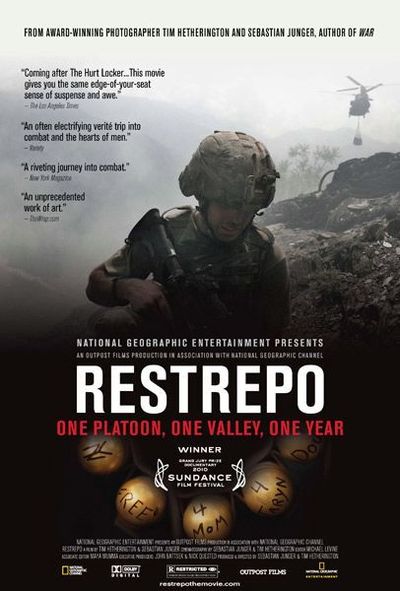