“Operation: Endgame” highlights a type of showoff screenwriting that wows producers and pulls in talent, but rarely makes much of an impression once all the elements are put together. Ostensibly a tale of spy beats spy, this violent picture appears to lust for some form of outward importance or daring political stance, but the reality is a ragingly unfunny black comedy with lifeless stunt work and a cast stuck in cruddy improvisational mode, floundering mightily while preparing for death. It’s too bad they don’t all buy the farm in the first five minutes and save everyone the trouble of watching this film.

Selected to join The Factory, a secret hive of covert government agents named after Tarot cards, The Fool (Joe Anderson) is gearing up for his big debut. Instead, the new hire finds a pit of unrest with two divisions, Alpha and Omega, struggling to play nice on President Obama’s inauguration day. When the man in charge, The Devil (Jeffrey Tambor), is murdered, the teams find they have 90 minutes to evacuate their sealed lair before it all goes up in flames. Realizing they’ve been ordered to kill one another, Alpha and Omega declare war, armed only with office supplies and their training. For The Fool and former girlfriend Temperance (Odette Yustman), the stakes are raised by their unfinished romantic business, leaving the two frantic to stop the countdown.

With a cast that includes Tambor, Anderson, Yustman, Rob Corddry, Ellen Barkin, Adam Scott, Emilie de Ravin, Ving Rhames, Maggie Q, Bob Odenkirk, and Zach Galifianakis (here playing a rogue agent who stalks the halls), one could easily imagine “Operation: Endgame” to be an amazing feature film of unlimited comedic possibility and clever spy game satire. Perhaps writer Sam Levinson and director Fouad Mikati (unsurprisingly, his debut feature film) had something more opaque and wicked in mind when they were developing this low-budget picture, but the film doesn’t offer a rush of giddy invention, only a slow trickle of irritation.

More interested in bloodshed than giggles, “Operation: Endgame” aims to be a nasty little riff on paranoia, contrasting W-era government buffoonery with Obama’s “hope” shell game (thus creating the potential for The Factory’s obsolescence), creating a backdrop of ceaseless surveillance and government futility the best support a low-fi actioner. Perhaps the film’s ambition read better than it plays, with only a hazy outline of purpose remaining in the movie. The rest of the feature is devoted to dreadful improv contests (Corddry has a limited imagination for insults) and bland fisticuffs, with the spies forced to beat the stuffing out of one another to escape the impending detonation. Shot around what seems like a law office, the ensemble certainly looks content trying on a rare amount of stunt work, but it all becomes meaningless noise, with Mikati staging the same scenes over and over again, with only gore punchlines creating identity. 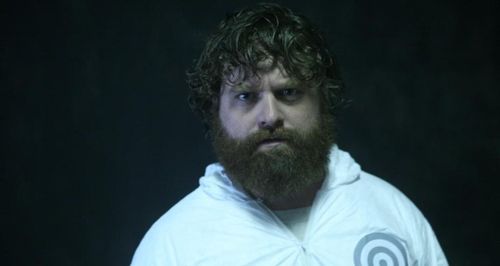 One would think the opportunity to watch Barkin and Odenkirk pound on each other would be enticing enough to carry an entire film. However, the action isn’t appetizing or thrilling, fixating on gushing wounds to buttress a thematic perspective Mikati isn’t capable of communicating with any sort of clarity.

Shoddy, plodding, and running a paltry 77 minutes, “Operation: Endgame” fails to produce a cinematic purpose worth investing time in. It’s a splattery diversion, but it’s neither funny nor profound. It’s just ugly, wasting a game cast looking to beef up their resumes with a little ultraviolence. 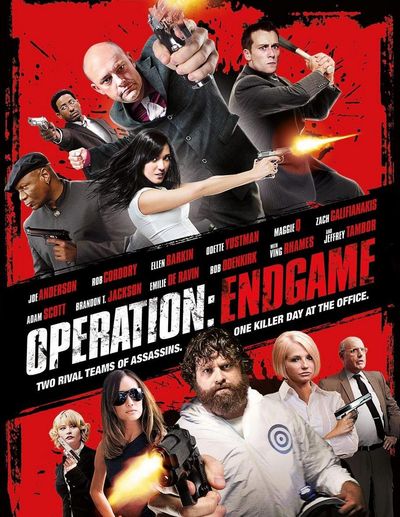