There’s something painfully off about “Charlie St. Cloud” that causes it to miss most of the dramatic points it endeavors to make. It’s a well-intentioned tearjerker, but the film appears to have been whittled down rather harshly in the editing room, leaving a picture of little personality, but perceptible ambition.

A confident, skilled teen, Charlie St. Cloud (Zac Efron) has a bright future ahead of him, with college pulling him away from his family, including his beloved little brother, Sam (Charlie Tahan). When a car accident kills Sam, Charlie is devastated by the loss, shelving his future to stay home, hoping to honor a promise to his sibling that the two will play catch daily at sunset, palling around inside a local forest. While the world moves on around Charlie, the young man plants himself, seeking the comfort of Sam’s ghost. Complicating matters is Tess (Amanda Crew, “Sex Drive”), a determined sailor who takes a shine to wounded young man, despite their competitive past. It’s a relationship that confuses Charlie, now caught between the love of a woman and the spirit of his dead brother. 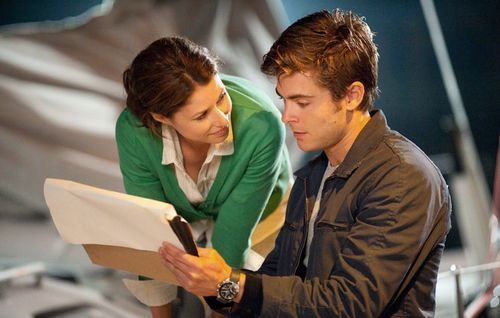 Based on the novel by Ben Sherwood, “Charlie St. Cloud” has the appearance of a thoughtful story pared down to basic elements of grief for the big screen. Something about the tale apparently spooked the studio and director Burr Steers (“17 Again”), who’ve both streamlined the story for the final cut, stripping away useful characterization to hit sweet spots of crippling guilt that drive the emotion of the piece. Necessary supporting characters, such as Charlie’s mother (Kim Basinger) and his devoted paramedic (Ray Liotta), are clipped almost entirely out of the film, leaving massive gaps in the community atmosphere the script appears interested in developing.

The cold editorial decisions rob the film of focus, leaving Charlie’s quest slightly confusing, with all the yearn well cared for, but the rules of his ghost whispering in the dark. The role is handed a comforting, modest touch from Efron, who doesn’t quite have the darkness within him to articulate the paralyzing shame, but the awakening spirit of the character is nicely played. Efron gives the role a generous clench of raw emotion, but Steers loses the effect by glossing over the particulars of the afterlife, which come across frustratingly random at times. There are twists to the feature, but nothing provides a direct impact, primarily because the foundation of Charlie’s anguish is only vaguely established. Again, it seems like a colossal chunk of life was removed from the picture somewhere on the way to release, making the feature feel like one big build up to nothing. 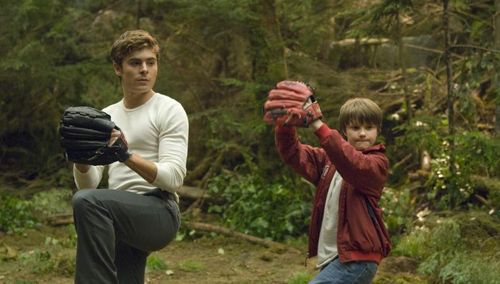 Attempting to liven up the proceedings with a suspenseful, adventurous finale at sea, “Charlie St. Cloud” leaps before it looks, motoring into melodramatic events that appear a bit too hysterical for the situation at hand, while once again crossing into muddled storytelling that doesn’t deliver an adequate payoff to the afterlife mysteries. “Charlie St. Cloud” certainly means well, and once again I’m impressed with Efron’s gifts as an actor, but the picture is a declawed mess, begging for tears in the end. I hope the filmmakers are willing to accept puzzled looks instead. 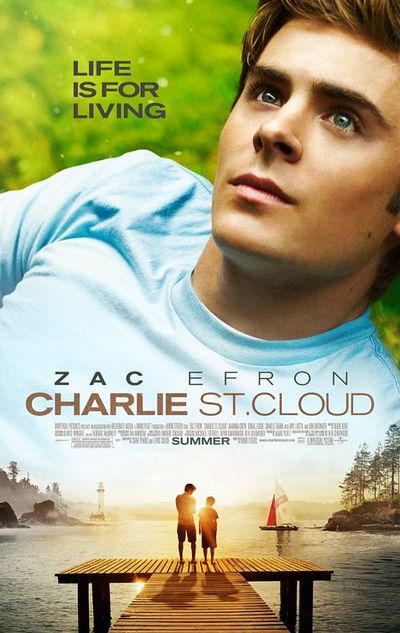