It’s been nine years since the release of “Cats & Dogs,” and I don’t recall hearing anyone openly request a second installment. Fresh from the file of needless sequels comes “Cats & Dogs: The Revenge of Kitty Galore,” which doesn’t quite sequelize as much as rework the central premise of household pets as international spies. Handed a fresh generation of special effects, a worthless 3D bath, and a new cast, “Kitty Galore” gets about as far as the original, working itself into a lather that generates zero laughs and even less excitement.

A police pooch about to be retired due to his reckless behavior, Diggs (voiced by James Marsden) has been offered a slot on an elite team of spy dogs. Paired with gruff Butch (Nick Nolte), Diggs learns that evil feline mastermind Kitty Galore (Bette Midler) is about to unleash “The Call of the Wild,” a deadly high-pitched noise, upon dogs everywhere, driving them all mad. Committed to bringing Kitty Galore down, Diggs and Butch need the help of pigeon witness Seamus (Katt Williams) to put the clues together, while cat spy Catherine (Christina Applegate) joins the fight, forcing a rare truce between the warring animal kingdoms, all in the name of saving the world. 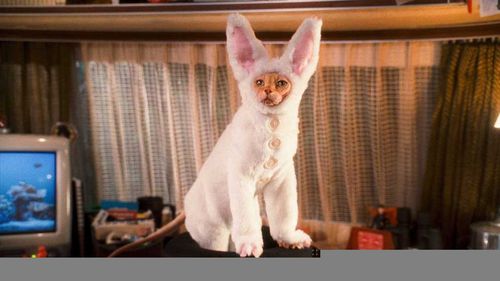 It doesn’t take long to grasp the notion that the screenwriters and director Brad Peyton weren’t exactly charged up to make a sequel to a forgotten film from 2001. Helping to snap the franchise awake is a torrent of self-referential humor and a multitude of movie references. The majority of the picture pays tribute to the Roger Moore-era James Bond films and Sir Moore even makes a cameo as a finicky feline leader of the M.E.O.W.S. organization, named Lazenby. Hee-hee. The filmmakers also construct a Maurice Binder-style opening title sequence for the picture (employing Shirley Bassey’s cover of Pink’s “Get the Party Started”), and script a character named Paws, a vicious Kitty Galore henchman with thick metal teeth. It’s overtly cutesy material, playing only to the adults in the audience, but it does offer the filmmakers something to work with before the numbness of the whole endeavor sinks in.

Peyton has an eye for nifty special effects, and “Kitty Galore” is a striking technical challenge to observe. Mixing live animals, CG-creations, and wonderful puppetry, the titular rivals come to life convincingly, deployed in a cartoon manner that has the pooches and kitties globetrotting and engaging in high-flying stunts. My frustration with “Kitty Galore” isn’t with the film’s appearance, but its flaccid sense of humor. The script pushes hard to come across witty, even summoning an extended “Silence of the Lambs” joke to return fiendish cat Mr. Tinkles (Sean Hayes) to the action, but the effort fails completely. “Kitty Galore” doesn’t kick up a single laugh, despite a frantic slapstick effort and off-putting movie nerd references. It’s just lifeless, monotonous material, though I do give the filmmakers credit for staying away from a great deal of bathroom humor. 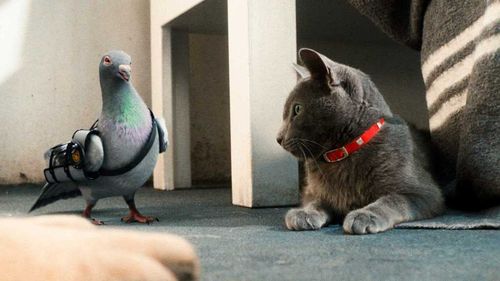 The live-action cast puts the likes of Chris O’Donnell into play (as Diggs’s human BFF), so there’s little hope to be found there, leaving the film to scramble madly for bellylaughs it never achieves. Honestly, this concept howled feebly in 2001, making a second chapter bewildering, at least without a sizable effort to sharpen the picture’s comedic aim. Even at 75 minutes, “Kitty Galore” feels endless. I can only hope it’ll take another decade before the producers decide to bleed this concept dry yet again. 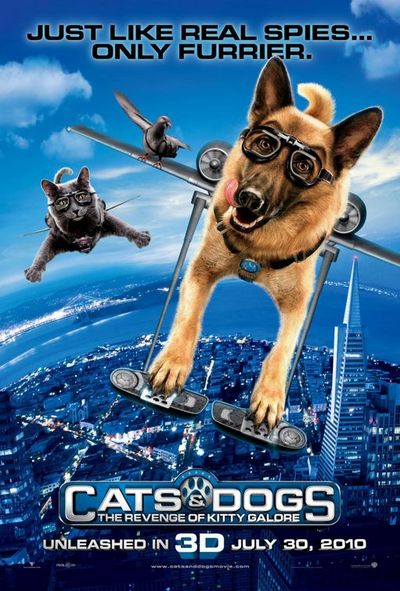 Loved James in death at a funeral - better than the original