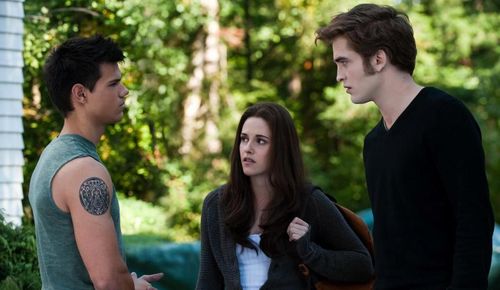 After the nausea brought on by 2008’s “Twilight,” I was stunned to find myself moderately intrigued with the next chapter of the saga, 2009’s “New Moon.” Director Chris Weitz found something resembling a pulse to the vampire vs. werewolf proceedings, pushing the paralytic material to contentedly mediocre, but encouraging results, ending the event with a cliffhanger -- a question of lifelong commitment that promised the “Twilight” series would soon lead to more challenging demands of drama. Instead of a film with fertile conflict and legitimate swoon, “Eclipse” returns the franchise to square one, booking a bullet train to dullsville as director David Slade replaces Weitz’s careful, mournful movement with clunky battle cry theatrics that appear more in line with a shoddy SyFy Channel movie.

After a marriage proposal from Edward (Robert Pattinson) promises a chance for everlasting love and some needed time between the sheets with her chaste vampire boyfriend, Bella (Kristen Stewart) faces some hard domestic choices while contemplating life as bloodsucker. Standing in the way is Jacob (Taylor Lautner), Bella’s irritable werewolf pal, who’s desperately in love with the drowsy girl, yet can’t turn her attention away from Edward for very long. As queen vampire Victoria (Bryce Dallas Howard, thankfully replacing Rachelle Lefevre) prepares a legion of “newborns” for an attack on Forks with help from drone Riley (a vapid Xavier Samuel), Edward and Jacob must put aside their differences to protect Bella, who’s caught between the humanity of the werewolves and the mystery of the vampires, with her future happiness on the line. 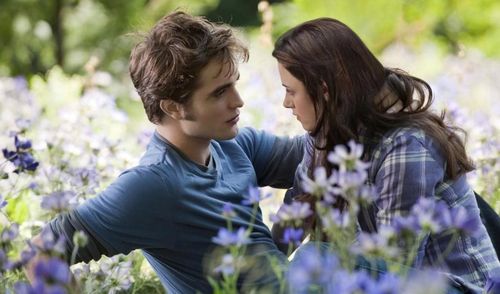 “Eclipse” should’ve been a thrill ride of a feature film. After all, Slade is handed perhaps the most volatile and cleanly mapped novel from author Stephenie Meyer’s imagination, while building off Weitz’s momentum, which propelled “New Moon” to an astronomical box office gross. “Eclipse” is a combat film of sorts, with a massive swing of romantic combustibility to tinker with, while allowing for potentially compelling character depth, as the Cullen clan is probed beyond the stares and lip-licking they were permitted in the previous features. Yet, the new film is a heartless, clumsy motion picture, returning matters to the pedestrian level of director Catherine Hardwicke, who worked deaf, dumb, and blind manufacturing the initial slab of “Twilight.”

An erratic visual stylist, Slade (“Hard Candy,” “30 Days of Night”) tries mightily to color within the “Twilight” lines, but his grasp on the material’s “Sweet Valley High” style of romantic aroma is tenuous, and he’s unable to shake the actors out of their melodramatic comas. What should’ve been a heroic film of affection and protection is reduced to a dawdling, exposition-heavy slog, retracing several plot points from the first two films while barely making any headway of its own. Slade has his trusty cinematographic urges and the most action-intensive script of the three films, but the creative effort is indistinguishable -- the director is comfortable in studio employee mode, doing nothing to keep the performances from becoming tic-heavy embarrassments and the action a crunching blur of suspect special effects. Slade can’t tame “Eclipse” or find an artful tone, instead crudely filling the film with a broken iPod of tuneless soundtrack cuts to provide atmosphere, while grinding the story down through a tedious routine of swoon and quarrel.

Love it or hate it, but “New Moon” maintained an intriguing sense that something epic loomed on the horizon for these characters. “Eclipse” turns that anticipation into unintentional comedy. 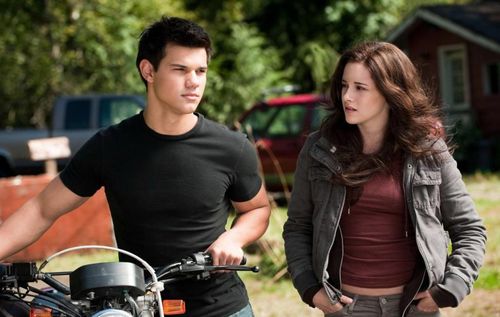 The storytelling’s concrete boots are one thing, but “Eclipse” also manages to make Bella one of the most reprehensible characters of the film year, and yes, I’ve seen “Sex and the City 2.” Nursing feelings of affection for both Jacob (he of gym rat abs and intense body heat) and Edward (he of locks and access to diamonds), Bella doesn’t play the turmoil sly; instead, the stammering high school graduate plays her monsters off each other, silently delighting in the war of flared-nostrils and graceless acting she’s created. Bella often snuggles up Jacob in front of Edward during “Eclipse,” making one feel sorry for the sparkly vampire, who wants to take a wife and spend eternity with his beloved girl, while she suffers through half-hearted commitment issues the script merely employs to display Lautner’s body and Pattinson’s pout. Considering her status as the main character of the franchise and the keeper of its heart, it’s interesting to see each film make Bella into an even bigger creep than previously imagined, with “Eclipse” turning the indecisive heroine into a mean-spirited provocateur unworthy of all the attention lavished on her.

Honestly, I have no idea why any of these creatures make such a fuss over this dead-eyed, dithering bore of a woman. We’re talking werewolves and vampires. By now, you’d think the franchise would provide a decent reason as to why these fools put so much on the line for a girl who can barely wait to get out of her boyfriend’s line of sight before cuddling with his rival. The delicate dance of romantic one-upmanship is given Crayola shadings by Slade, who turns the romantic trio into a Bermuda Triangle of relationship absurdity. 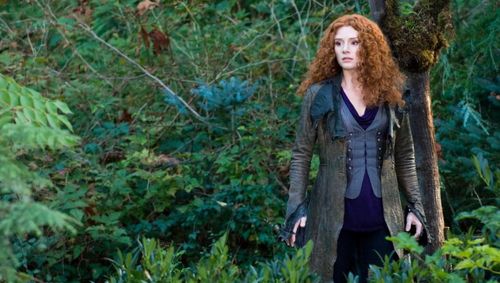 Hitting up “Eclipse” for Howard and her interpretation of the wicked Victoria? I’m sorry to report that the character’s been reduced to 10-minute-long cameo, with “Eclipse” spending more time with Riley and the growing vampire army. What a waste of a perfectly ridiculous red fright wig (heck, everyone seems to be ornately bewigged in the film). An appearance from Dakota Fanning and her mincing Volturi gang is also blessedly short. Without Michael Sheen to anchor the majesty of the fanged star chamber, the group is nothing more than a cruddy Cosplay effort, with Fanning about as intimidating as a Wet Seal cashier. Another new character is Bree, a tween newborn Edward’s family takes pity on. Jodelle Ferland brings little to the role besides an unconvincing reading of fear, with the character’s very introduction a mystery Slade isn’t aware he needs to solve.

A few more helpings of “Twilight” remain (the final book, “Breaking Dawn,” is being divided up into two pictures), leaving the rather anticlimactic ambiance of “Eclipse” puzzling. The climax is a deafening clash of vampires and werewolves, with severed diamond limbs and vampiric gymnastics soaring around the frame, but a genuine build up to a prolonged grand finale arriving in 2011? Not on Slade’s mind. It’s for the best, really, as any sense of hope appears to hurt the “Twilight” saga more than it helps. 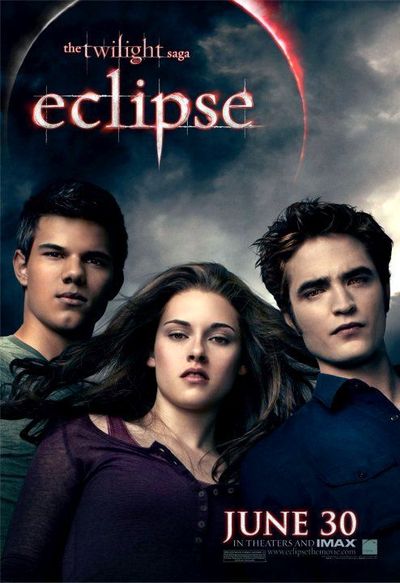